Re 10,000 Dead: How Did We Get Here? (Editorial, Oct. 29): Of course we blame the governing party. But we should not mislead ourselves: Whether the governing party was the Bloc Québécois, NDP or Conservatives, I believe the outcome would have been the same.

Once the threat materialized, a full lockdown would likely have precipitated a revolt or a Charter challenge. The fault, then, lies not in our politicians, but in ourselves.

Re On/Off (Letters, Oct. 29): A letter-writer is tired of criticism of government officials for not wearing masks because, after all, we’re all human and make mistakes. That’s true, but there will be a lot fewer of us humans around after the pandemic, if our leaders don’t show more leadership.

Re Our Lawmakers Must Be Allowed To Vote Freely On Assisted Death (Opinion, Oct. 24): I am in my seventies and in decent health. “Vote their conscience” has a nice ring to it, but I was of the belief that an MP’s duty was to the good of the country, particularly to the well-being of their constituents.

Although I am in good health now, I find it reassuring to think that I have a choice not to endure a painful end because of someone else’s beliefs. Would I need to ask federal candidates about their religious beliefs? That seems terribly intrusive and none of my business. But it becomes very much my business if I suspect they would vote to block what is best for me.

It’s my life and my body. Someone else’s conscience shouldn’t get to decide what I do with it.

Re Fifteen Cities To Get Share Of $500-million In Federal Housing Funds (Oct. 28): The Rapid Housing Initiative is a wonderful opportunity for the government to double the bang for our buck: Stipulate that these 3,000 subsidized housing units be “net-zero energy ready.”

Such a standard would cost just 2 to 5 per cent more than building to today’s codes, an expense that would be recouped by subsequent energy savings, and doubly recouped by avoiding the incremental costs of climate-change damage. Doing so would also train a generation of builders in practices they will soon be required to adopt anyway.

It’s a win-win-win: Government would effectively address both housing and the climate crisis; new tenants would benefit from increased comfort and reduced bills; all of us would gain from keeping a lid on global warming.

Re Reproductive Rights (Opinion, Oct. 24): Reading about the newest member of the U.S. Supreme Court, one has to wonder if the U.S. Constitution is Republican or Democrat. Is there also the same echo for physics, medicine, chemistry, mathematics, biochemistry, biology, informatics and so on? Or are there simply ignorant and knowledgeable people?

Re ‘My Father Was A Gentle Person': Rose’s Son Explores October Crisis In New Film (Oct. 27): Je me souviens. I was a nine-year-old, living in a quiet neighbourhood in the north end of Montreal, when the military rolled in to guard the home of then-Quebec justice minister Claude Wagner.

We’d ride our bikes over to see the soldiers and their war machines. And we’d return home to watch Radio-Canada’s Gaétan Montreuil read the Front de libération du Québec’s communiqués.

As a child, it was all very hard to grasp. But I vividly remember the grainy image of that car with the open trunk containing the body of Pierre Laporte. That’s when we lost our innocence as children, and so did Quebec as a society.

As a baby boomer who grew up in Saint-Lambert, Que., in the 1960s, I experienced firsthand the October Crisis and the violence of the Front de libération du Québec.

For 10 years, we had numerous bomb threats at our school. It seemed perfectly normal to be evacuated frequently. My uncle was injured in the Montreal Stock Exchange bombing. Pierre Laporte was kidnapped a few blocks from my high school.

After the War Measures Act was invoked, British diplomat James Cross was released and the perpetrators had been arrested, a certain peace descended upon my community. No more bombings nor kidnappings. The political system worked, and the Parti Québécois was elected to power in 1976.

We somehow managed to avoid the chaos and suffering of other countries. For that I am grateful.

Re Pilot Project Helps Feed The Hungry Through Wild Game Donations (Oct. 28): I hope that whatever restrictions there are on hunting Canada geese under the Migratory Birds Convention Act of 1994 can be lifted, at least temporarily, for a pre-Christmas cull so that hunters can make donations to food banks. There certainly seems to be no shortage of geese!

Re Play Time (Arts & Pursuits, Oct. 24): A further suggestion after condo-dwelling parents install mini-trampolines on their balconies for the amusement of their children: Perhaps the next level could involve running zip-lines to nearby condo towers. Won’t the children have some serious fun then!

Re Signed And Delivered (Letters, Aug. 22) and Keep It Simple (Letters, Aug. 28): Last week, I was back in front of the Chinese embassy in Ottawa with a new sign. It simply read: “Release the two Michaels.”

As a letter-writer recommended, a more succinct message produced better results. Drivers waved, fist-pumped and honked their horns in support. I also had good company: A woman was nearby with a sign that read: “Boycott China.”

How about it? Can Canadians make an effort to buy goods from countries other than China, until the hostages are released? 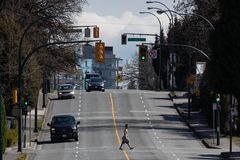 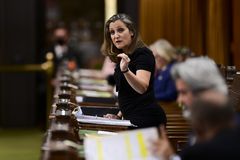 Opinion
There is one Trump policy that, on its own, should have been enough to disqualify him from re-election
Subscriber content
October 30, 2020 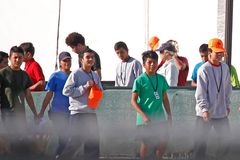