Contributed to The Globe and Mail
Published October 8, 2019 Updated October 9, 2019
Comments
Please log in to listen to this story. Also available in French and Mandarin. Log In Create Free Account

Re Semi-trucks, Cash Payoffs And Big Risks On Our Roads (Oct. 5) and Ottawa To Probe Possible Abuse Of Foreign Workers As B.C. Reviews Trucking Rules (Oct. 7): The Globe has exposed the underbelly of a great industry: trucking. The highlighted behaviour of some companies are an embarrassment to my sector. So what can Canada do to address these abuses? The answer is not to stop immigration programs.

When it comes to future immigration policy, the Canadian government should create trusted-employer programs that ensure participating companies have all the required standards in place before they can employ immigrant drivers. Government agencies should also begin serious investigations of drivers or operators who allegedly employ the so-called Drive Inc. model, a potential tax-evading practice that seems to fuel many of these non-compliant carriers.

As for the fleets exhibiting grossly unsafe operating behaviour, the Canadian Trucking Alliance is finalizing a plan for improved regulatory oversight of trucking firms both new and existing. My members have been frustrated that such behaviour has not received the enforcement attention required to stop it. Change cannot come fast enough.

The fraud described in this Globe investigation sadly seems like the tip of the iceberg.

I have seen that only a small percentage of victims make formal complaints against immigration consultants who promise to sell jobs in various industries such as trucking, facilitate marriage fraud or counsel submission of false refugee claims to Canada’s overburdened system. That there are nevertheless hundreds of existing complaints, which the immigration-consulting industry’s self-regulatory body has not been able to keep up with, reveals the possible extent of fraud and negligence.

There have already been two attempts at industry self-regulation; after intense lobbying by immigration consultants, the federal government most recently announced $100-million for a third try, with some tougher penalties. But punishment only works when people come forward.

Immigration lawyers have undergone rigorous formal and ethical training. The practice of immigration law should be restricted to lawyers to ensure public protection and prevent victimization of newcomers.

An awful lot has changed since I got behind the wheel of a semi back in 1974. Back then, trucking was a coveted and respected occupation. Unfortunately, deregulation, which I was one of the largest proponents of in Canada, has created some huge downsides along with its tremendous efficiencies.

As described in the Globe investigation, the Canadian for-hire trucking sector has been the victim of a small batch of fraudsters masquerading as real companies, and the result of their actions has hurt the entire industry. At the same time, trucking as a whole in North America looks to be suffering from the worst insurance crunch in our history, as a result of careless operators who seem to be more interested in putting any warm body in a cold truck seat.

It is very important for me, as one of the founding fathers of today’s deregulated industry, to highlight two positive points: The vast majority of truck operators in North America do business in a totally professional and compliant manner; as well, insurance providers are now drilling deeper into every aspect of their insureds’ operations – the ones that refuse to operate under the industry’s best practices will simply just not be able to insure their trucks.

Re Ottawa Challenges Ruling On Indigenous Child Welfare (Oct. 5): I believe the Trudeau government has made a serious mistake in appealing the Canadian Human Rights Tribunal’s order to compensate more than 50,000 Indigenous children who were unnecessarily placed into the child-welfare system. No Canadian government has ever done more for Indigenous people, but this decision feels like it undoes much good.

Previously, Ottawa had already settled with victims of the Sixties Scoop and survivors of day schools. This decision on Indigenous children in the welfare system has been coming for years and the cost should have been known. And all the while, as the decision wound its way through the tribunal process, Indigenous children continued being placed in foster care at a very high rate.

Re N.B. Plans Sweeping Reforms To Early Education System (Oct. 5): I was happy to read about New Brunswick’s plans to try something new and innovative in education. After all, Canada’s economy begins in the classroom.

Without an economy, we have no society, no culture, no enthusiasm. Right now, Canada has a serious problem: Smaller provinces and communities are struggling to survive, while a few larger cities are growing so fast they struggle to provide basic services such as housing and transportation. We will all be better off if Canada could find a way to balance growth and success.

New Brunswick’s plan for primary education might just help us find that balance. I wish them good luck.

Numerous studies have shown that students from middle- and upper-middle-class backgrounds enter junior kindergarten far more prepared to succeed in school than children from lower-income backgrounds. Grouping children into grades by age is key to giving those lower-income children a chance to catch up.

By grouping children by ability instead, New Brunswick’s proposed system reforms may propagate class divisions that already exist, putting more privileged children on the path to university, while everyone else is shunted into trade schools.

This is the sort of world imagined in Plato’s Republic, but I doubt it’s what most public-school parents expected when they registered their kids for kindergarten.

Re Quebec Government Moves To Ban Popular Bilingual Greeting ‘Bonjour/hi’ (Online, Oct. 4): A proposal to ban a simple bilingual greeting feels outrageous and an infringement on the right of free speech of Canadians in Quebec. I imagine the province would again need to deploy the notwithstanding clause if it wishes such legislation to pass.

Where are the federalists this election? Coupled with Bill 21, Quebec not only wants to tell people how to dress, but also how to speak.

Re In Cape Breton, International Students Transform A Campus (Oct. 7): I would have thought that the minimum requirement for acceptance into any Canadian university would be working knowledge of English or French.

Watering down subject material and taking longer to explain things, as The Globe reported happening at Cape Breton University, seems to do a disservice to other students and may, in fact, make degrees from there less valuable in the real world.

Re After 60 Years, Nova Scotia’s Captive Sable Island Horses Are Gone (Oct. 4): I had to make sure this story was actually about horses and not humans, what with quotes such as, “they’re an invasive species with no control over their population,” or how their ”constant grazing" has turned their habitat “into a desert, dramatically altering the ecosystem while pushing out … other species.” 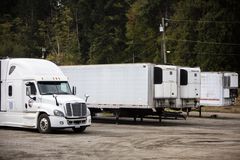 Opinion
If we don’t have an honest conversation about energy, Canada risks becoming a nation of hypocrites
October 4, 2019 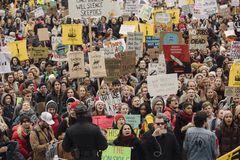