Re Bernier Should Be At The Debates (Sept. 8): By all means, let’s have the far-right People’s Party of Canada at the remaining debates. Mind you, Maxime Bernier’s presence will draw votes from the near-right Conservatives, resulting in more near-left Liberal and far-left NDP candidates being elected.

However, this will partly offset the effect of the far-left NDP drawing votes from the near-left Liberals, thereby helping to elect more near-right Conservatives. And we call this democracy.

Perhaps one of the leaders will promise to make this the last federal election conducted under first-past-the-post.

Media persists in labelling violent right-wing protesters in Canada as vaccine-hesitant. In my perception, only a small percentage of them actually believe that vaccines are harmful on medical grounds.

A larger percentage likely believe any conspiracy theory related to COVID-19 and vaccines. But the vast majority probably belong to a group that is growing at an alarming pace in this country: those who recognize no authority and are not willing to submit to anyone or anything – government, police, laws, stop lights – if these get in their way.

This is the most chilling indicator that we may be turning into Americans.

Canada is the country of my birth. My dual-citizen daughter is now a third-year university student in Ottawa, so I have been watching Canadian developments more closely. What I have seen during this election campaign is appalling.

Do Canadians now yell expletives at candidates as they walk in the street? Do rallies get cancelled owing to threats of violence? Do people throw gravel at candidates? Has Canada become a land of the vitriolic?

As I understand it, that vitriol is primarily from the vaccine-hesitant. As a senior manager at Pfizer (yes, that Pfizer), it is doubly disconcerting to me. I have always viewed Canadians as level-headed and tolerant. Has my birth country lost its noble character?

I cannot adequately describe my immense disappointment. I can only hope that the country I still love can once again find its way.

Justin Trudeau could have greatly improved his election prospects if he had behaved more like his father.

At the 1968 Saint-Jean-Baptiste Day parade, Trudeau père was pelted with bottles and rocks. But rather than obeying his security detail, he stayed in his seat and faced the protesters down.

Trudeau fils, on the other hand, when pelted with gravel, scuttled to his bus and left. It would have reflected far better on him if he had stayed and remonstrated with the rock-throwers, as his dad did.

Re Trudeau Risks Losing This Election Both To O’Toole And To Singh (Sept. 7): I don’t understand why there isn’t more talk about the possibility of a Liberal-NDP coalition, given the small measure of daylight between their policy agendas.

I know that parties tend to be wary of coalitions. But in these circumstances, Justin Trudeau would be assured of 10 years as prime minister and Jagmeet Singh could be deputy prime minister. Plus, the NDP could get some seats in cabinet.

Why would this not be mightily tempting for both?

Re O’Toole Is The Most Liberal Leader The Conservatives Have Ever Had (Sept. 9): Columnist John Ibbitson might be right, but that seems to be the problem.

Erin O’Toole might well be attracting the votes of disaffected Liberal supporters, but he ran for leadership of the Tories as a “true blue” Conservative. Since then, he has flip-flopped on so many issues (including policies in the Conservative platform, which he has no problem ditching when they’re under attack) that we can’t be sure he actually believes in anything.

These past weeks suggest that if Mr. O’Toole were to become prime minister, he would adopt whatever policies he felt pressured to. Voters might well elect a “Liberal” O’Toole, but find themselves stuck with the “true blue” version.

Re What The Liberals Lost In Afghanistan (Editorial, Sept. 8): It seems the public service and military are incapable of showing initiative and humanity in solving an obvious problem on their own, in a timely fashion.

Did the deputy ministers and generals use their initiative to light a fire under staff to urgently get things done while there was a humanitarian crisis? It seems they did not.

They were slow even after it became a political crisis. Why are we paying these bureaucrats such high salaries?

Under this government, I have seen the bureaucracy grow unwieldy and ineffective.

The early steps of an O’Toole government should be a hiring freeze, as well as performance reviews for these bureaucrats. The Globe and Mail’s editorial should be seen as a call for Canadians to demand change.

Re The Future Of Afghanistan’s Schools – And Its Children – Is At Stake (Sept. 7): Contributor Zama Neff’s view on the potential fate of education in Afghanistan under the Taliban is alarming. However, with the possible exception of economic sanctions, her recommendations for a response do not persuade me.

I fear that they amount to wagging our finger at the man with the Kalashnikov and telling him he better watch his step.

Back to school for all

Re Disabled Children Have Been Forgotten (Sept. 6): As pediatricians, we were saddened to read about contributor Sue Robins’s experience and the challenges her son Aaron has faced when seeking support from the medical and public-health communities.

Over the past 18 months, we have seen the effects of isolation on the mental health of children, youth and families – those living with disabilities have arguably faced even greater burdens. One of the quiet tragedies of the pandemic has been the disruption to services and therapies – many of them school-based – for children and youth with medical needs.

The Canadian Paediatric Society has been a vocal advocate for in-person schooling and its benefits for health and development. In making schools and other spaces safe for all children and youth, we should also ask how we make them safe for the most vulnerable ones.

Above all, every Canadian eligible to receive a COVID-19 vaccine should be immunized.

Opinion
Is the Tory platform the start of a new conservatism? In parts, though it’s not always clear that’s a good idea
Subscriber content
September 9, 2021 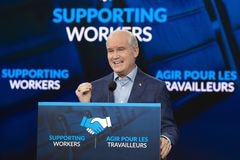 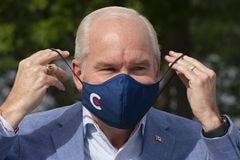 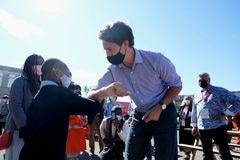