Coronavirus information
The Zero Canada Project provides resources to help you manage your health, your finances and your family life as Canada reopens.
Visit the hub
Contributed to The Globe and Mail
Published September 10, 2020 Updated September 10, 2020
Comments
Text Size

Re Majority Of Canadians Unsatisfied With Governor-General’s Job Performance, Poll Finds (Sept. 9): Despite a top-notch résumé that made her top choice for Governor-General, Julie Payette seems to have cast a stormy cloud over her office. Whereas past governors-general may have been ill-suited for the position, few have generated such disturbing press.

Justin Trudeau says that “we have an excellent Governor-General right now,” but it appears the majority of Canadians beg to differ. Resignation: the honourable thing to do?

Re China Cracks Down On Ethnic Minorities Again – This Time In Mongolia And Tibet (Sept. 9): Contributor Frank Ching concludes that China’s policy is that “non-ethnic Chinese must, in effect, become Chinese, through a Sinicizing process of reducing and, if possible, eliminating differences between minorities and the Han norms."

When Sir John A. Macdonald said Canada’s policy was to “take the Indian out of the child,” it seems that he anticipated the Chinese position by more than a century.

Re History Should Be Addition, Not Subtraction (Editorial, Sept. 9): Yes, history should be addition. The trouble is that statues of individuals are subtractive by nature.

When we raise a monument of Macdonald to memorialize Confederation, we exclude the roles played by hundreds of others and we gloss over our first prime minister’s racism, alcoholism and other faults, great and small.

History is a series of immensely complex events, and statues are misleading oversimplifications. Let’s take them all down.

I, too, have long felt my Canadian history education was lacking. I would have loved to learn the history – the real history, not the whitewashed version – of Canada’s First Nations. My understanding of my own country would have been greatly enriched if it was part of our collective history, which it rightfully deserves to be.

If we insist on putting up monuments to historical figures, then we should not treat them as idols, and they should not just be white colonialists and their descendants. While these people put together the state of “Canada,” the foundation they laid has been built on by our Indigenous peoples as well as immigrants from all corners of the world. Their contributions should also have pride of place among public monuments.

So Canada is “a country of laws.” Really? How many times has Canada broken its own laws with regard to Indigenous peoples? How often has Canada written “laws” that discriminate against them? The answer to both questions is many times.

The Indian Act should be seen as a compendium of discrimination against Indigenous peoples along a host of “legal” vectors. The Sixties Scoop and residential schools were “legal.” There are more Indigenous peoples in prisons than any other group as a result of Canadian “laws.”

If one wants to add to Canadian history rather than subtract, it would be more correct to state: Canada is a country of discriminatory laws. Sir John A. Macdonald helped write some of the earliest forms of laws that resulted in starvation and murder.

Amen to all that. Knowledge should always win over ignorance. Throwing away the past never guarantees a better future – knowledge, nuance and understanding do.

Re Political Leaders Push Vaccines, But Low-tech Solutions Are What Will Save The Economy (Report on Business, Sept. 5): Columnist Eric Reguly’s solutions strike me as the approach Vietnam took.

The country didn’t waste time trying to model or buy its way out of the pandemic. Rather, it assumed that it didn’t necessarily know what the virus was; it did know how to manage a mass viral infection – Vietnam borders China and manages viruses from there on a continual basis.

Vietnam tests, treats and traces very effectively. It has simple public health protocols that are enforced and followed. It didn’t have to shut down the economy. Oxford and Harvard universities have public health professionals there to review its outcomes.

The result of Vietnam’s methodology is a little more than 1,000 total cases and just more than 30 deaths to date.

Re What We’ve Learned About COVID-19 (Sept. 8): It should also be noted that the pandemic has taken a huge toll on mental health. It has created extreme social isolation, especially among seniors.

My parents are in their late-80s. Since March, they have had no social interaction with friends or extended relations. This situation, along with a natural worry over how much longer they have to live, has heightened their stress and anxiety.

As well, the stringent no-visitors policies of hospitals have made things difficult. I took my father for two cystoscopies, but could not accompany him to the clinic. Instead, an orderly escorted him. Although I requested that he be escorted back afterward, nobody did and he hobbled with his cane back to the hospital entrance.

We have allowed the pandemic to take over our lives with an extreme focus on “no risk,” as opposed to “low risk.”

Re TDSB Considers Triple-grade Classrooms In Low-attendance Areas (Sept. 8): Several years ago, I taught a class made up of Grades 5, 6 and 7. I loved it and so did the kids.

The classroom consisted of shifting groups learning different things at the same time. For example, any student who needed help with long division could get it whether they were in Grade 5 or Grade 7.

I have never understood the belief that all students of a certain age are ready to learn the same thing. Children develop at different rates and in different ways. Mixed-grade classes allow students to learn what they need, when they need to learn it.

Rather than seeing multigrade classrooms as something to be feared, they should be the norm.

Re Powered By… (Letters, Sept. 4): A letter-writer asserts that “at least the lights will be on” if an O’Toole government supports the oil sands. However, Canada is a world leader in hydroelectric power, which accounts for 61 per cent of the country’s electricity generation, according to the Canada Energy Regulator.

Fossil fuels provide just 17 per cent of our electricity using natural gas or coal. Lights don’t run on oil, so they will always be on! 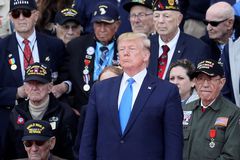 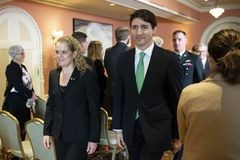 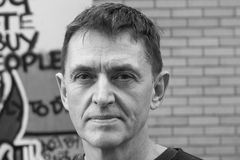