Re Decision Reminds Us That Courts Cannot Improve Medicare Or Fix Waiting Times (Sept. 11): As a medical student who is soon to enter practice and care for Canadian patients, I am delighted to learn that the B.C. Supreme Court has shot down Brian Day’s constitutional challenge of publicly funded health care.

While our health care system isn’t perfect, a two-tier system would only intensify class discrimination, where the best research, technologies and clinical care would go to those with the most resources. Further, paying a fee to jump the queue places value on money rather than people.

We should focus on improving gaps in our existing universal health care, starting with better care for rural, Indigenous, racialized and socioeconomically disadvantaged Canadians. We should ensure that all Canadians truly have access to the same great health care.

How do WE feel?

Re WE Charity To End Operations In Canada, Kielburgers Step Down (Sept. 10): WE Charity’s pledge to continue supporting “the most vulnerable” is admirable. The air of “this is why we can’t have nice things” that came with its statement, less so.

I believe that implying, however subtly, that those WE has fallen out of favour with are to blame for its inability to launch new programming is reflective of the kind of messaging it has relied on for years. In deflecting accountability and refusing to lead by example, it feels like WE has already fallen short of their promise to continue to support students.

The communities served by WE will be most severely affected by this. They deserve better. The Kielburgers and their board should offer them an apology – and an explanation.

Re Lobbying Commissioner Launches Review Of WE Charity (Sept. 11): As a long-time supporter of WE Charity, I am deeply saddened that a political fracas over the Canada Student Service Grant has led to dire consequences.

As one of the biggest, most entrepreneurial charities in our country, WE’s closing is a blow to youth empowerment and Canada’s entire charitable sector. For decades, WE inspired and gave young Canadians the tools to support thousands of charities.

In 2018 alone, students contributed to more than 5,000 causes through WE. Imagine the impact over its 25-year history, and what could have been.

All this and more lost due to a political scandal that will soon be forgotten. What other organization will motivate young people to become caring and active citizens, and give back on such a massive scale?

During my time as education coordinator at the Vancouver School Board from 2006 to 2013, I organized the registration and distribution of free WE Day tickets for thousands of students. I met the Kielburgers on a few occasions, including when they presented the WE Day proposal to our board of trustees.

WE Day speakers inspired hundreds of thousands of students to volunteerism and activism. I cannot help but think that those numbers include some of today’s committed climate protesters and advocates for racial equality.

I’m exhausted by the WE Charity scandal.

I can’t bear to see polls that keep Justin Trudeau high in our minds despite a third ethics review. I’m disappointed by Bill Morneau’s resignation – it felt insincere and was supposedly unrelated to the WE scandal.

I can’t ignore WE staff accusations of racism, bullying and discrimination. I was always suspicious of the revival-style WE Days and the access they gave politicians and corporations to our impressionable young people. There seemed to be a lack of good governance, and the deafening silence of the soon-to-be-defunct board.

I’m not sorry to see the founders leave. I find them to be unrepentant and unable to take responsibility for their own demise. I’m sorry for the staff and those who WE programs sought to help. I’m sorry for the donors and volunteers.

Canadians should not let this story define the country’s social non-profit sector. There are 85,999 charities still operating here, and doing tremendous work.

This failure is epitomized by epidemiologist Michael Garner’s quote: “There’s a massive lack of understanding by the people working in the agency about the basics of health. What you present up the chain has to be dumbed down.”

The problem appears to lie with senior bureaucracy: deputy ministers, assistant deputy ministers and their immediate reports. These people are frequently moved around and parachuted into departments, knowing little about the work. Of course reports are dumbed down – otherwise they wouldn’t be understood.

Where scientific expertise is required, these senior people often have none. What then happens, as it did with the Global Public Health Information Network, dumbed-down information can mislead or be misinterpreted.

Wider fixes should be implemented beyond the Public Health Agency of Canada. Ottawa’s bureaucracy should be totally reorganized, with senior people placed in roles based on expertise.

Re Education Jurisdiction (Letters, Sept. 9): A letter-writer suggests that rather than temporary federal co-ordination of education during a national emergency, we should celebrate the “ingenuity and resourcefulness” of parallel systems such as privatized pods and online schooling, and rely on the “spontaneous nature of mankind.”

The letter-writer’s views suggest she may be able to afford these educational luxuries. This is certainly not the case for the majority of parents. Meanwhile, mankind’s spontaneity has proved to be adding to the rise in virus cases in Canada and around the world.

Provinces and their citizens readily accept federal largesse in times of crisis. They should also be willing to accept temporary federal guidance and some national uniformity in managing those crises.

Re There’s Nothing Natural About The Disasters Ravaging Our Planet (Opinion, Sept. 12): I fear there is a huge feedback loop happening. Fires are turning trees into CO2; permafrost is melting, exposing methane; glaciers are creating sea-level rise; we are still pumping fossil fuels.

It’s hard to see how we can slow down global warming. Many people will likely suffer by 2050.

Sept. 13: ‘I hope that U.S. citizens who own property in Canada may be able to enjoy Canadian Thanksgiving at their cottages.’ Readers react as Canada-U.S. border remains closed, plus other letters to the editor
September 13, 2020 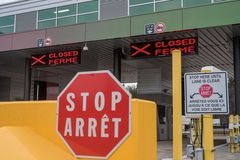 Sept. 12: ‘Shouldn’t cities be banning lawns?’ Readers debate: Is it time to decolonize your lawn? Plus other letters to the editor
September 12, 2020 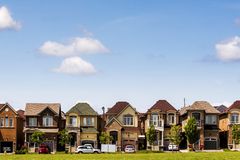 Sept. 11: ‘I fail to see any fiasco associated with WE Charity and the government.’ Readers react to WE Charity closing Canadian operations, Kielburgers leaving organization, plus other letters to the editor
September 11, 2020
Follow us on Twitter @globedebate Opens in a new window
Report an error
Due to technical reasons, we have temporarily removed commenting from our articles. We hope to have this fixed soon. Thank you for your patience. If you are looking to give feedback on our new site, please send it along to feedback@globeandmail.com. If you want to write a letter to the editor, please forward to letters@globeandmail.com.
Comments