Re Experts Say Young People Need Clearer Messaging On Virus Risks (Sept. 17): From the outset of the pandemic, governments have consistently used words to relay hourly, daily, weekly, monthly messages. Not once, to my knowledge, did they use visual messaging like on cigarette packages.

If officials ran advertising with photos of patients on ventilators and others coughing up lungs, then perhaps all of us would think twice about not distancing, disinfecting or masking ourselves as strictly as we should.

Re Ford Says He’s Prepared To Ask Doctors To Start Working Weekends To Clear Surgery Backlog (Sept. 10): So Doug Ford wants us to operate on weekends to catch up on the COVID-19 care deficit. As a surgeon, I say: yahoo!

None of us in Ontario have anything close to adequate operating-room time, and many in more critical disciplines are regularly stressed and traumatized by the consequences of our inability to provide timely care. We do the best with what resources we have, but we don’t have much.

Weekend work is nothing new. For example, many Ontario hospitals can’t get quotas of joint replacements done through the year for simple lack of beds; surgeons operate on weekends in late winter and spring to meet it. The timing is not for everybody, especially those with young families, but okay for some.

There may be a better way. Many Ontario ORs shut down at 3 p.m. every day for budgetary reasons. It wasn’t always like that: When I left Quebec, we were running ORs from 8 a.m. to 8 p.m. Maybe that’s a bit much for people today, but why not work until, say, 6 p.m.? For many surgeons, that would likely be an extra case every day.

If Mr. Ford could find a way to budget that for three years, my wait-list would be all caught up!

Re World Failing On Biodiversity Goals, UN Report Says (Sept. 16): It should be noted that the destruction of the Amazon rain forest is irreversible; this kind of rain forest cannot just grow back, unlike the forests we know. What to do about this threat, not just to biodiversity, but the planet itself?

COVID-19 shows us that international organizations such as the World Health Organization and United Nations cannot always stave off a global threat. If Russia destroyed glaciers in Alaska, or burned forests in California, the United States would do something about it. But when a politician destroys his own country’s land, no one seems to care enough.

Maybe the only way to save the planet would be if one country were to throw its armed forces at an offending nation and hope other countries join in. Wars have been started over much less.

Our 10-year report card is in – and the critique is devastating. “Not good enough." “Doing far too little.” "Failing.” But this course can’t be ignored or dropped; it is about the fate of species on earth, and the prospects for the security and sustenance of people.

The report puts into words what nature is already showing us: forests ablaze; global upheaval from a pandemic; wildlife disappearing; a climate increasingly deranged. Nature, they say, is a stern teacher. She gives the test first, and the lesson afterward.

No parent or student would be satisfied with such an evaluation. But as with any report card, the crux of the matter is what we intend to do about it. Failing this course in biodiversity is unsustainable and unthinkable.

Re The Pandemic Is Rewriting The Throne Speech (Editorial, Sept. 14): I walked my eight-year-old son to his first day of school after six months. My stomach was in knots as I watched him run toward his classmates, and teachers did what they could to remind the little ones to stay apart. Then, it hit me. How do parents who live in poverty feel?

What do these parents do when schools can’t afford sanitizers? How would they feel if schools closed again, forcing them to leave their kids alone at home so that they can go to work? This is the new reality for millions of hard-working parents.

My child will be taken care of – not because he deserves it, but because he was lucky enough to have been born into an upper-middle-class family in Canada.

What do I want to see in the Throne Speech? I want government to commit additional support for international efforts to combat COVID-19, so that all boys and girls can safely go back to school.

Re At This Rate, Ontario Schools Won’t Make It To Thanksgiving (Sept. 17): In this time of heightened concern with sending our children back to school, it seems a good time to reconsider how we have designed schools based on the Industrial Revolution’s use of mass-production factories. We built schools with up to 1,500 students, from Kindergarten to Grade 12, based on the belief that it would be the most efficient and cheap method of education.

With the advent of online learning, there should no longer be a need for such large schools. The goal should be schools of the future, about 100 students with four to five teachers (a teacher can remember 100 names). They could be situated in local rented halls or purpose-built, but all should be within a 10-minute walking distance of a student’s home to reduce the need for busing.

Are our children products to be cheaply, efficiently and anonymously processed in factory schools? Or are they more than mere malleable widgets?

State of the union

Re Rumours Fan Flames Of Oregon’s Political Strife, Devastating Fires (Sept. 12): Equally as distressing as the wildfires is the harrowing picture being painted, of citizens so deluded by the fabrications of social media as to be incapable of responding sensibly to life-threatening situations.

This is in part a tragic legacy of the way in which many professional news gatherers have been supplanted by the wild west of social media in the daily information diet of many people. At least south of our border, blame should also lie with the ways in which the likes of Donald Trump have made political capital from spinning social tumult into a deep-seated fear of others.

The end result, it seems, is a subset of Oregonians who treat unfounded rumours about Antifa looters as hard fact, yet refuse to heed the warnings of law-enforcement officials who are racing to protect them.

Re How Biden Can Challenge Trump’s ‘Law And Order’ Argument (Sept. 14): Contributor J.M. Opal provides an exemplary review of conditions afoot in the U.S. presidential race. He seems to subscribe to the belief that elections in populous democracies can be won through logic and reasoned argument. However, there’s a time-tested adage: In the fight between emotion and reason, bet on emotion.

Hillary Clinton lost via reason and argument. Tens of millions of Americans could not relate to her; she didn’t seem to feel what they were feeling. It took a simple-minded President to show the world how simple it can be: Tell the people what they want to hear, whether true or not, and enough will choose to believe it.

Re Boeing Executives Defend Safety Decisions On 737 Max Development (Report on Business, Sept. 14): It feels beyond hypocrisy that Boeing executives would lay blame for the two 737 Max crashes, which killed 346 people, at the feet of the aircrews. It seems clear to this observer that, in developing the 737 Max, Boeing pushed the envelope of the 737 design beyond the breaking point.

Larger engines were mounted farther out on the wings. This new position had such a destabilizing effect on the aircraft that invasive software was needed to correct detected stalls. Developers then opted to install only two sensors rather than three. If one sensor failed, then it would be impossible for the software to establish a safe pitch. Sensor failure was noted in both crashes.

Finally, Boeing did not include these new software functions in aircraft manuals, which avoided additional pilot training and associated costs. The 737 max crews who crashed were helpless to regain control of their aircraft, thanks to the corners cut by Boeing.

Re ‘This Is A Tragedy That Never Should Have Happened’: U.S. Report Condemns Boeing, FAA For 737 Max Jet Disasters (Sept. 17): A common refrain especially prevails amongst Western capitalist governments and big-business circles: Best business practices are best decided by business decision-makers.

Yet this was proven false by, as a most consequential example, Boeing’s decision to delay the grounding of its ill-fated 737 Max planes despite employee warnings. While an ousted CEO received more than US$62-million to leave Boeing – perhaps from what’s now described as a “culture of concealment” – 346 passengers received a most horrific death.

When the COVID-19 crisis began, the most influential, and maybe even the first, voices to have the ear of governments likely were the largest corporations, particularly the airlines. The result was resistance against an immediate halt in international commerce, including overseas flights, and weeks of delay that may have translated into many more deaths.

Re Tailoring A Deal To Create A Style Park (Report on Business, Sept. 15): To the hundreds of Hamiltonians who worked there between 1929, when the plant was built, to 1978, when manufacturing operations were shut down, the building in question will always be the Firth Brothers building.

The factory was built for John Firth, my grandfather, and Norman Firth, his brother. My father, James Firth, continued running the family business until the 1970s, when the local made-to-measure suit lost ground to often-imported off-the-rack styles.

My sisters and I have great memories of the building. We are so pleased that its heritage status has ensured that many of the best features – such as the big, stylized letter F on top of the facade – can be saved. 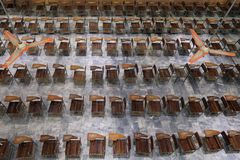 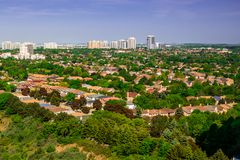 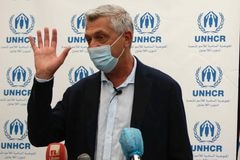