Deal or no deal

Re Former Diplomats Call On Trudeau To Swap Meng For Kovrig And Spavor (Sept. 18): One cannot fault the former diplomats for wanting to see this situation resolved. Michael Kovrig and Michael Spavor have been severely abused, their human rights violated and their families heartbroken. The suggestion of a hostage exchange offers a short-term solution but would create greater problems in the long run.

Giving in to China would damage Canada’s reputation and demonstrate to the world that hostage diplomacy works. Our allies would not be happy with their citizens becoming more vulnerable when travelling abroad.

The former diplomats dispute this, stating that there has been no increase in danger. Yes, and I believe that’s because we’ve stood our ground. This would change if Canada released Meng Wanzhou.

Gar Pardy suggests that resolving this situation could facilitate returning to a more normal relationship with China. While that may be true, China seems to respect strength, not weakness – giving in would make us less effective in future negotiations.

The easy decision is often not the right one. Notwithstanding the distressing situations of Mr. Kovrig and Mr. Spavor, we should adhere to our principles and see the extradition process through to its conclusion.

Do these former diplomats, in fact, respect our rule of law? The answer to Gus Pardy et al. should be crystal clear: no deal.

Yes – swap Meng Wanzhou as soon as possible. Michael Kovrig, Michael Spavor and their families are political pawns. Canada should act in the best interests of Canadians, not in favour of American ones.

Negotiate a swap immediately and stop pandering to another country.

Re ‘Tough On China’ Is A Winning Idea For O’Toole – If He Can Decide What ‘Tough’ Means (Opinion, Sept. 19): During his successful run for the Conservative Party leadership, Erin O’Toole promised a more robust and principled defence of human rights and freedoms when it came to countries such as China and Russia. What a pity that this otherwise laudable stand does not include defending such rights in Quebec, where pandering to nationalists in the search for votes appears to take precedence.

If Erin O’Toole has shown me anything, it’s that his fundamental political philosophy is to do whatever it takes to win votes, principles be damned. Pandering to Quebec nationalists, backing the racist comments of a caucus member, implicitly supporting those who would restrict reproductive rights – the list goes on.

Sadly, I’m a member of the Conservatives, a party that has once again left me with an unpalatable alternative to Justin Trudeau.

Re Canada Must Tackle Its Twin Deficit Problem (Report on Business, Sept. 15): The Canadian government would be well advised to study the succinct and timely analysis of Canada’s “twin deficit problem” by David Dodge, whose prescription for these economic ills includes targeted government investment. But before a single tax dollar is spent on productivity-producing programs, any policy should meet five objectives.

First: The plan should make sense in the context of Canada’s fundamental strengths. Second: The goals should be unambiguous and free from political rhetoric. Third: Accountability for the success of each program should identify the minister responsible for oversight, management and reporting publicly to Parliament. Fourth: We should be realistic. Montreal and Toronto are not going to be the finance centres of the world, but Canada could be at the forefront of artificial intelligence, food research, sustainable agriculture, energy transition or climate adaptation.

Finally, there should be detailed timelines for each specific policy goal. The time has passed for government responses of “in the future.”

Re Save Small Business Campaign To Cease Months-long Advocacy For Entrepreneurs (Report on Business, Sept. 15): This is sad news. The government should urgently change the Canada Emergency Commercial Rent Assistance to a program that tenants, not landlords, can apply for.

I’m currently helping a small professional services company whose landlord refuses to apply for the CECRA. As a result, its rent skyrocketed from a typical 10 per cent of revenue in February to 123 per cent in April. Fortunately, bankruptcy was avoided because of the staff’s rapid development of a virtual service platform and the Canadian Emergency Wage Subsidy. But if the company had received the CECRA, it would now be in the black instead of its owner continuing to pile on personal debt.

Will landlords cause even more small business bankruptcies before the Finance Minister changes course?

Re ‘The Deterioration Is Very Real’: How Pandemic Loneliness Has Affected Those With Dementia (Sept. 14): As a senior not yet in need of long-term care, I have been astounded to see family members attempting to communicate through windows and with phones. Yet many residents still fell ill and too many died without the emotional support of family – all residents, not just those with dementia, suffered the same separation.

There has to be a better way. I challenge public-health officials to develop protocols that allow one or two designated family members to be with loved ones. They can be trained to wear personal protective equipment, whatever it takes. They can also assist with basic tasks such as refilling water glasses, eating meals or going for short walks.

Preventing the spread of COVID-19 through isolation is but one aspect of our long-term public health. We should take both the physical and emotional needs of long-term care residents into account.

In British Columbia, we have had about 200 COVID-19 deaths in long-term care during the pandemic, but 2,000 deaths from other causes. We supported distancing restrictions for the short term, but not indefinitely. Safety and prolonging life at all costs shouldn’t be the only metric.

Our elders are at higher risk than other groups, but the harm they are collectively experiencing is disproportionate. Across Canada, they are suffering unequal treatment based on age and disability. As my mother says: “I ask myself what I did to deserve this, and I can’t think of anything. I’m a prisoner.”

We ask for transparency about policy going forward and a redefinition of essential caregivers to include family members. As a society, we shouldn’t consent to the idea that well-being and human relationships are expendable for the most voiceless and vulnerable among us.

How we move through the pandemic will define who we are. 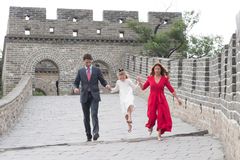 Sept. 20: ‘My child will be taken care of … because he was lucky enough to have been born into an upper-middle-class family.’ Readers debate education, inequality and how long schools will last, plus other letters to the editor
September 20, 2020 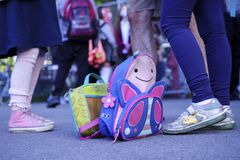 Creating new drugs and vaccines is a team effort
September 21, 2020 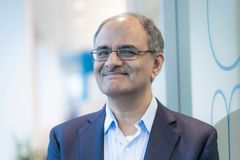