Re Alberta Sees More Than 1,000 Virus Patients (Sept. 23): I am a fourth-generation Albertan who despairs at the prospect of triaging critically ill patients during COVID-19′s fourth wave. When this period of Alberta’s history is written, the Premier and the UCP government should be remembered for embracing ideology that placed politics over people, and directly contributed to the deaths and suffering of Albertans.

What a sad legacy to leave.

Jason Kenney is quick to blame unvaccinated people for the COVID-19 surge flooding the Alberta health system. He can blame them as much as he likes, but they should not be seen as the cause – they are a symptom.

In Alberta, where I believe politics have outranked health science at every step, the cause is the appalling mismanagement of the pandemic.

Please get vaccinated, if only to remove it as an excuse for Mr. Kenney.

Re Ontario’s Proof-of-vaccination Rules Take Effect (Sept. 22): Ontario’s vaccine passport is a wonderful concept. One can now enter restaurants and other places of business knowing that other customers are immunized against COVID-19 – not so much for the vaccination status of workers in these establishments, who still do not have to be immunized.

I will not be changing my pattern of behaviour until they are.

Mr. O’Toole looks to have no interest in Canadians. From what I have seen, his strong point was, and still is, attacking and insulting the Prime Minister.

It seems to me that this fresh mandate and the renewed impetus to get on with it – not to mention a four-year window to consolidate gains – was well worth $600-million.

Re Enough Already With The Demonization Of CBC’s Rosemary Barton (Sept. 22): After CBC’s years of dumbing down its past strengths in television and radio news, I find that Rosemary Barton is one of its remaining brightest lights. She is intelligent, feisty and very much in control.

Were it not for her leadership on CBC’s election-night coverage, I would have turned off the TV much sooner.

In our view, Rosemary Barton is one of the most thoughtful, perceptive and entertaining interviewers on television.

We miss her skillful, even-handed work on CBC’s Power and Politics and admired her expert anchoring of election-night coverage. We’ve been thankful for her skepticism, expressed most clearly every time she says, calmly, “I get that you’re not going to answer my question, so let’s move on.”

More power to Ms. Barton as she continues to speak truth to power. More power to the CBC for its disinterested oversight of Canadian politics.

And thanks to columnist John Doyle for censuring the hateful misogyny that poisons political discourse online.

Re CN Rail To Cut Spending As Shareholder Battle Looms (Report on Business, Sept. 18): Does anyone else find it outrageous that because British billionaire Chris Hohn is dissatisfied with the return on his hedge fund’s investment in 5 per cent of Canadian National Railway, 1,050 employees must be deprived of their livelihoods? If anyone needed an illustration of the evils of concentration of power in the hands of the super-rich, this affair should provide one.

For the record, CN’s 2021 first-quarter profit was $974-million on revenue of $3.5-billion, posting an adjusted operating ratio of 66.3 per cent. That’s not as good as Canadian Pacific Railway’s 58.5 per cent, but then, CN didn’t have a train run away in the Rocky Mountains, killing three crew members and scattering grain cars and locomotives over the landscape.

It is possible to post an operating ratio below 60 per cent, but there are costs associated with doing so. Has everyone forgotten what happened in Lac-Mégantic?

Re U.K. Eyes Membership In Free-trade Pact (Report on Business, Sept. 23): As an expat Brit and a Canadian citizen, I look on with resentment and pity as the British Prime Minister scours the world for somewhere to hang his post-Brexit hat.

Why would Canada and the United States consider any sort of trade deal with a self-orphaned country? Let’s take a pass. We have more important concerns.

If Britain joined the United States–Mexico–Canada Agreement, it could possibly be named the UKUSMCA. It doesn’t exactly roll off the tongue.

Then it occurred to me that France might also want to join – we could have the best trade acronym ever.

Re The Senior’s Guide To Finding Love – Or At The Very Least, Companionship (Online, Sept. 21): I’m 60. I’ve been dating since my 50s, since my son became an adult. For me it’s fun, nerve-wracking, surprising and exciting.

However, I see many people my age avoid it because they hate rejection and small talk. I’ve met several nice men only sadly to break up.

Expectations change after a long-term relationship. No matter what my peers tell me, we have expectations whether we acknowledge them or not. My advice is to stay open, be happy, respect one’s self and see if a connection can be made.

Age doesn’t define me. I believe attitudes and actions do. Core values – having fun – mean a lot.

Opinion
Is this the end of majority governments in Canada – or the beginning?
Subscriber content
September 23, 2021 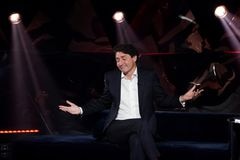 Opinion
It’s time to get vaccinated, or face the consequences
September 24, 2021 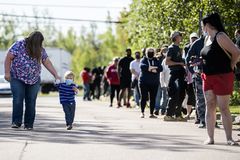 Opinion
Why the knives are out for Erin O’Toole, but not Jagmeet Singh
Subscriber content
September 23, 2021 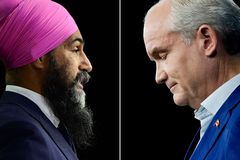