For the mere act of being Canadian, two ordinary citizens were singled out – not for anything they did, but for living in a country that follows the rule of law. Minus nationalism and bravado, our national character is imbued with modesty, courtesy and respect.

Mr. Kovrig and Mr. Spavor courageously represent all that is good about Canada. I look forward to celebrating their return to receive their awards.

Re Liberals Unveil Plan To Speed Up Move To Low-carbon Economy (Report on Business, Sept. 2): I’m what you’d call a swing voter. I’ve voted and worked for or within all the federal parties over the years, even the Progressive Conservatives at one time. Now I’m working for the Greens.

After being very hopeful once Stephen Harper was out and Justin Trudeau attended the Paris climate meetings and made those upbeat promises, now I only see a lengthening list of broken ones. No need to print those out.

So how do I interpret this latest one? Literally as incredible; I just don’t see the Liberals doing this, given their six-year record of either timid or no moves on so many core issues.

Re The Discourse Around Afghanistan Shows How Little The West Understands Islam (Opinion, Aug. 28): In addressing the fact that Islamophobia is on the rise, I believe H.A. Hellyer reinforces the “us vs. them” narrative that he says is problematic.

No, it had not occurred to me that the Taliban’s invocation of Islam covers life in Pakistan, Malaysia or even my local mosque. Likewise, I don’t believe that a few fear-mongering British politicians – or even the two most recent U.S. Republican administrations – speak for every community predominantly made up of Europeans or European immigrants.

My local grocery store and school feature halal meals and cultural planning calendars, as well as kosher food and Jewish holidays, South Asian food and Hindu holidays and a raft of other features reflective of the community I live in. Our approach to dealing with xenophobic hate should be to underscore that communities which embrace diversity normalize differences of all kinds.

That’s how we can stop making ignorant assumptions.

Re I Left My Restaurant Job During The Pandemic. Serve Yourself (Opinion, Aug. 28): Thanks to contributor Lori Fox for telling it like it is about life in the service industry. Maybe the pandemic will force restaurants to treat their workers as professionals.

But I doubt it.

While I agree with aspects of contributor Lori Fox’s opinion, food service industry and other lower-income jobs should be treated as a “stepping-stone” for those with higher career aspirations. I am one who would label most who willingly remain in this line of work as unambitious, but also delusional and self-entitled if they think they deserve higher pay and benefits.

There will always be someone willing to take these kinds of jobs, and often it is students and immigrants. Unfortunately, visible minorities then get targeted with racist attacks for “taking our jobs.”

Use these jobs as a temporary means to move on to a better and brighter future (just like Ms. Fox has now aspired to do).

As a former restaurant owner, I’ve experienced that working conditions and low wages are not the whole story.

Most restaurateurs are service-minded individuals who care about their customers, staff and the products they serve. To reduce the revolving-door nature of the business, I created an environment that contributed to good tips and attracted the best servers.

With tips, my core staff averaged $33 per hour, a decent living outside the Greater Toronto Area. I, on the other hand, worked for free for four years.

I am an experienced retailer, corporate sales professional, entrepreneur and server with a business degree. I found it almost impossible to make any real profit, even while approaching $1-million in sales. All take went to my staff.

It was me serving the staff – happily – instead of the reverse. It’s a decent living for great servers who enjoy the job, and really difficult for owners.

Re A MoMA For Memes? (Opinion, Aug. 28): “Shouldn’t there be some kind of formal institution … to protect such things as ‘Charlie Bit My Finger?’ ” Yes, it’s called “delete!”

This collected detritus of everyday life is as useful to me as collecting every breath humanity exhales. When presented as a formally preserved meme, as in the multiple thousands of printouts shown in the photo of Erik Kessel’s 2019 installation 24HRS in Photos, I can only think of the polluting chemical footprint it leaves and the trees wasted in that vacuous pile of paper.

I had visions of learning (age-relevant) advanced mathematics and science, or reading high literary work. However, the reality was that the program was characterized by talk about shapes, feelings, colours and everything other than advanced academic material.

Rather than renaming the “gifted” program, it would serve students better if it actually nurtured academic excellence in a more rigorous way. Either that, or provide the program on a lottery basis (or to the underprivileged) if there is no essence of “gifted” in its delivery.

Re Five Tips For Parents To Help Kids Catch Up (Aug. 28): In addition to these terrific suggestions, a reminder that all public libraries have enthusiastic, creative staff. They cannot only provide just the right item for any reader, but also deliver intriguing programs to encourage those who are reluctant or nervous.

Our library, for example, regularly offers a reading buddies program (chock full of literacy-based games and fun) and “paws for reading” (who doesn’t’ want to read to a happy, non-judgmental dog?) for the younger set.

And there is not a charge to busy, stressed parents. 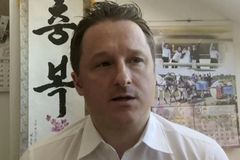 Opinion
Canada must not by cowed by China’s pressure
September 3, 2021 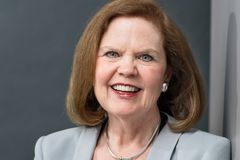 Opinion
When the Michaels are freed, they will not be the same. I know that all too well
September 4, 2021