Re Political Squad (Letters, Aug. 30): I, too, have been impressed by Chrystia Freeland. She is intelligent and articulate, both qualities too often lacking in today’s politicians. But when the SNC-Lavalin scandal came up, and then the shenanigans surrounding WE Charity came to light, she stood by Justin Trudeau.

Okay, she said “sorry.” Well I’m sorry, too. I would not give Ms. Freeland my vote now.

I am a lifelong Liberal, but never would have voted for the party in the last election were it not for my MP, Catherine McKenna, and the strong leadership of Chrystia Freeland. Women leaders around the world have been profoundly successful at saving their countries from the ravages of COVID-19 and providing good governmental policies, generally scandal-free.

We have had one female prime minister in the well-qualified Kim Campbell, but she was brought in to fall on the sword of an unpopular Conservative government. We have relied on Ms. Freeland in almost every important aspect of government for the last few years. Why should we not have her in charge as prime minister, instead of the ethically challenged Justin Trudeau?

Re No Child Left Behind (Opinion, Sept. 5): It is just possible that children from impoverished families will have better educational opportunities than children from families that are well off.

First, in-person education is superior to remote education. Second, children from impoverished families are likely to lack computers and so will be forced to attend in-person classes.

We all know how attached many teenagers are to their phones. It remains a mystery to me, then, why all returning students and staff are not required to download the government COVID-19 app as part of a safe return to school.

Why don’t all provinces have the app? Why has there been no major federal rollout and marketing effort? It’s free. Privacy is protected. The more people who download it, the better. If I had a child going back to school, I would make sure it was on their phone.

I realize the app is only one small part of the puzzle. Nonetheless, it is a tool that should be incorporated into plans for a safe return to school.

Re Transport Canada Has Levied The First Two Fines For Refusing To Wear Masks On Airplanes (Online, Sept. 4): WestJet has stipulated that masks must be worn on all flights, or passengers will be banned from flying with the airline for a year. It would appear, however, there would be no problem to fly with a competitor. Should there not be regulations to allow bans from all airlines?

As well, passengers are allowed to be unmasked while eating or drinking. However, this could be abused by folks taking inordinate amounts of time to eat or drink. Would other passengers be comfortable – now that middle seats are bookable – to have someone eating only a foot away?

Until such time that eating and drinking is not allowed and mask-wearing is mandatory at all times on all carriers, by government regulation, I believe many people will not fly during the pandemic.

Re Ottawa Creating ‘Inventory’ Of Racial Minorities To Fill Senior Public Service Posts (Online, Aug. 27): If properly implemented, this initiative could result in a fairer, better society and less alienation.

To succeed, it makes sense to recruit qualified individuals from a pool of those who have an intimate knowledge of the communities that they live in or serve: lawyers, medical professionals, people with disabilities, teachers, social workers, police, community leaders and those involved in non-profit organizations serving the poor and disenfranchised. This would give a voice to those communities which have long been neglected.

Of course, if the initiative is politicized by quotas or appointed individuals with no real connection to a community, all will likely be in vain. We can only hope.

Re Innocent Bystanders Among Those Injured In Shooting Outside Toronto Bakery, Police Say (Online, Sept. 2): Like the ravages of COVID-19, the deadly gun violence in Toronto seems to keep happening.

One may be forgiven for asking whether, thanks to the decisions of the federal Public Safety Minister, we must resign ourselves to a brave new world where gun violence joins pandemics, extreme weather and other climate disasters as the new normal.

Re Distributing A Coronavirus Vaccine Could Become A Big Problem (Sept. 4): Let us not forget the role our highly trained dentists can play in any future mass vaccination initiative.

Dentists are no strangers to administering numerous injections on a daily basis, and would require only minimal training in the vaccination technique. Many dentists already possess this qualified skill set to deliver different forms of sedation to patients.

Dentists represent a significant untapped resource that government agencies might wish to consider in the distribution of any COVID-19 vaccine. At the end of the day, dentistry has always been about the prevention of disease.

Opinion
We live in the Prairies. Will you see us?
September 8, 2020 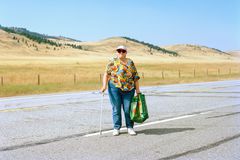 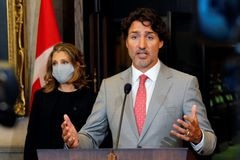 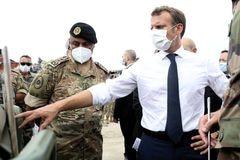