Re O’Toole A Good Choice For Tories, Nanos Poll Shows (Sept. 5): Erin O’Toole promises to eliminate the deficit in 10 years. What is unclear is how he will achieve this goal.

What cuts to government programs or services does he envision? What taxes would be raised? These are important details that Canadians deserve to know before Mr. O’Toole is handed the reins to government.

Re WE Charity Scandal Isn’t Going Away (Editorial, Sept. 4): Based on empirical leadership research, one of the most admired characteristics of any leader is honesty. With our minority Liberal government, I find it is rather absent.

It is encouraging that Bill Morneau did the right thing and resigned. Yet certain cabinet ministers, including the Prime Minister, continue in their roles. Canadians deserve great leadership in these unprecedented times. But are these examples of such leadership? The WE Charity and SNC-Lavalin debacles, a prorogued Parliament and now a crisis with the Governor-General, to name a few.

We have enough challenges facing us. We should get back to the basic tenets of good leadership: honesty, accountability and transparency.

As a photographer and business owner, I donated my services to WE Charity because I believe in the work. Meanwhile, companies such as Telus and Royal Bank of Canada pulled major financial support for WE amid the Canada Student Service Grant controversy – surely for fear of reputational damage.

These companies didn’t just pull support for WE – they pulled it from the 1,500 schools and classrooms built by the organization, and the 30,000 women in its alternative-income programs. I say shame to those who, just a short time ago, reaped the financial advantages of associating with this good cause, only to drop WE like a hot potato.

Does this not prove it was never altruistic notions that brought some supporters to WE? I guess the charity was just a nifty way to advertise to a young demographic.

Re The Liberals Have Big Plans For Our Country, But The Steep Costs Go Beyond Finances (Opinion, Sept. 5): All levels of government should be commended for their handling of the pandemic. While some errors have been made, we are learning from them. However, it would not be wise for any government to take its current level of approval for granted – the normal checks and balances of democracy still apply.

In light of the coming Speech from the Throne, it is appropriate to point out that the requirement of fiscal prudence has not been repealed. While some extraordinary measures are still justified, their long-term consequences should also be considered.

Saddling our descendants with the fiscal burden of out-of-control debt would be as irresponsible as a legacy of environmental abuse and neglect. Finding the right balance is going to be hard, but not impossible.

Re Ontario Criticized For Position On Nursing Home Suit (Sept. 2): The nursing home lawsuit raises a puzzling question: What is the purpose of a regulatory body if it cannot regulate anything?

As well, we shouldn’t have a commission that includes people with a vested interest in maintaining the status quo, with its heavy emphasis on large, often for-profit institutions. Instead, we should have a full public inquiry that explores publicly funded non-institutional models of care, ones that treat elderly people with the respect they deserve.

Re Can Macron Save Lebanon? (Opinion, Sept. 5): A month ago, what I witnessed changed me. As I stared at my screen, watching that mushroom cloud expand over Beirut, destroying lives, homes, dreams, I felt disbelief; deafening, as if the stars had conspired to create the perfect tragedy.

As the dust settled, my thoughts shifted to my family. Although their replies were swift, it felt like an eternity. The terror in their voices as they tried to reassure me made it harder to bear. “We are still here, still around.” They did not say they were okay.

Do they leave or stay? Do we send help? How can my insignificant presence so far away help to alleviate their pain? International solidarity took over, awkwardly radiating reassurance over our broken hearts. They needed our help, so we donated: money, food, medication, clothes.

Then guilt kicked in – the guilt of having everything while our loved ones lost so much. But we hold on to the hope of turning this latest scar in our collective memory into a drive for positive change for Lebanon and its people.

Re Data Disruption: Why There’s Growing Concern Over Labour Stats (Report on Business, Sept. 3): While the decline in the quality of Labour Force Survey estimates since March is alarming, perhaps more alarming is the parallel decline of its U.S. equivalent, the Current Population Survey.

If the revelation of declining quality can be viewed as a thousand-pound bomb for the LFS, it is more like a thermonuclear device for the CPS.

The play’s the thing

Re Help Me Hold Onto You (Letters, Sept. 4): It’s unfortunate that a Canadian family has spent so much money trying to get someone – anyone – to buy their Shakespeare portrait. But does it matter how Shakespeare really looked?

Even if we had an actual photograph, would it add to our understanding of his work? Does his balding pate, thin mustache and Mona Lisa smile in the Droeshout portrait tell us anything more about the agonies suffered by the ghost of Hamlet’s father, or the torment Romeo feels when he discovers Juliet apparently dead? I say no.

Nobody knows how Jesus looked, but that hasn’t prevented so many from embracing his philosophy. Maybe it’s best to let Shakespeare remain a cipher, and allow his words to speak for him. 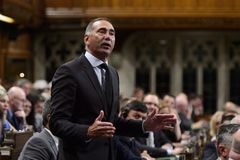 Opinion
Justin Trudeau wants you to forget about the WE Charity fiasco. Don’t do it
September 3, 2020 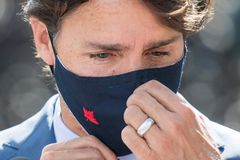 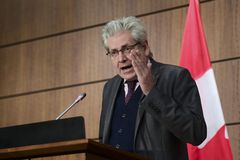