Re O’Toole Says Liberals’ Recovery Plan Too Fixated On Green Sector (Sept. 4): Erin O’Toole says that the Liberal recovery plan places too much emphasis on the green economy. However, we know that countries around the world are committing billions of dollars to “build back better” with cleaner, greener economic stimulus. Investors and wealth managers are also increasingly accounting for climate-related risks in their decision-making.

If Canada fails to commit to a cleaner, greener postpandemic recovery plan, then investment dollars will likely flow to countries that do, and our country will be left behind. A return to the status quo won’t be good enough.

Re A Temporary Federal Education Minister Would Aid Long-term Success For Students (Opinion, Sept. 5): Contributor Irvin Studin proposes a five-year temporary federal education minister “to right the country’s educational infrastructure.” However, education is the exclusive jurisdiction of provinces for reasons that were sound in 1867 and, I believe, remain so today.

Whatever its theoretical merit, this idea should have a practical test. I would nominate Mr. Studin as interlocutor for his proposed minister with Quebec, to explain to that province how to right its educational infrastructure. He might find the ministerial appointment to be more temporary than expected.

What is most disturbing to me about this idea is the lack of faith in the spontaneous nature of mankind – that we need an overarching central education institution to guide people through an emergency such as a pandemic.

Instead, I believe we should be celebrating the ingenuity and resourcefulness of these measures.

Re Belarus Protest Leader Vanishes After Minsk Demonstrations (Sept. 8): Reports that Maria Kolesnikova was seized on a Minsk street – by masked men and shoved into an unmarked vehicle – seems to echo what is happening in Oregon: masked men seizing protesters off the street and shoving them into unmarked vehicles.

Belarus is widely regarded as the last dictatorship in Europe. What is the United States becoming under Donald Trump?

Re Why Nobody Has Power To Make Kremlin Come Clean On Poisoning (Sept. 4): I find it interesting that the same day The Globe calls attention to Russian deceptions, the U.S. National Security Archive reveals that on Sept. 15, 1970, Richard Nixon “gave an explicit order to CIA Director Richard Helms to foment a military coup in Chile in order to prevent Allende’s inauguration.”

Yet on Sept. 20, 1995, The Globe published a letter from Lawrence Harrison, identified as an associate of the Center for International Affairs at Harvard University, in which he wrote that “not one shred of evidence … has ever been uncovered” between the coup that overthrew Mr. Allende and the U.S. government.

Their time to lead

Re Our Public-health Heroes Are Suddenly Under Attack. And It’s Wrong (Sept. 4): Since the pandemic began, Canadian leaders have been, by and large, practical, factual and empathetic. What I have not found them to be is inspirational.

In the early days of the pandemic, the empathy of calm voices and the practicality of facts did the job. We never heard a clear vision for how things would proceed, because nobody knew what was going to happen. Crisis is often dominated by uncertainty.

The uncertainty has only increased since March, and is even more menacing with new variables such as the return to school and the approach of winter. This is when leaders should inspire. In the absence of vision, we have taken to sniping at public-health officials we used to adore; premiers now scold us like angry parents, threatening to turn the car around if we keep misbehaving.

Decision-making in a crisis is never perfect, but the best leaders are able to present those decisions as part of a coherent whole that unifies and motivates.

Without that unity of purpose, Canada may be in for a fractious winter.

Re Must-see TV? (Letters, Sept. 4): As a former broadcaster, Thornhill MP Peter Kent should know that even if the CBC spends “many millions” on digital activities, as he writes in a letter, it is Silicon Valley companies such as Facebook and Google that are cannibalizing the advertising business – not the CBC.

Foreign digital advertising reached over $7-billion in 2019, completely tax-free. This money is made in part by selling ads against journalistic content produced and paid for by Canadian competitors.

What ails Canadian journalism has been successive governments that have elected to privilege the profit of foreign tech companies over its survival and the basic principles of fairness. To suggest that the CBC’s digital activities are the reason for the Trudeau government’s media bailout sounds absurd.

Mr. Kent would do well to follow Erin O’Toole in calling for Section 19 of the Income Tax Act to be reformed, so that foreign digital advertising is no longer subsidized unfairly.

Re The Curious, Humiliating State Of Canada’s NHL Teams (Sports, Sept. 7): A short time ago, the Maple Leafs had both Lou Lamoriello and Mark Hunter in its head office. President Brendan Shanahan did not or could not keep either. Now look where the Islanders are, with arguably a less-talented team than the Leafs: the Eastern Conference final.

Hockey is a team sport. One wonders if the problem is at the very top, starting with Mr. Shanahan?

Our time to lead

Re Turning A Page In Learning (Moment in Time, Sept. 7): It was great to open The Globe and see my Grade 9 teacher supervising a class of Globe readers in the summer of 1958.

Gerry Allen was a kind mentor who tried to open the eyes of all his students to the many lifelong choices that we had. I finished Grade 10 that summer, followed by seven weeks attending cadet camp at Camp Ipperwash, so I missed the chance to have my IQ lifted.

However, eight years later, I was back at Jarvis Collegiate Institute to teach chemistry and science – and I have been subscribing to this paper for as long as I can remember. 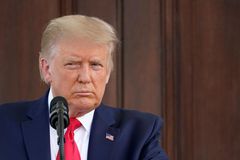 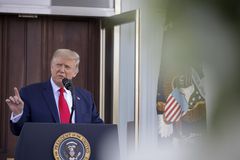