In the well-deserved vilification of radical Islam and what to do about it (A Day Of Defiance – Jan. 12), we should not lose sight of the fact that until relatively recent historical times in Europe, the apparatus of the state could be brought to bear to kill people who said things that were unacceptable to church authorities, not to mention the helpless position of non-Christian minorities who were periodically murdered or expelled simply for their offbeat religious beliefs (such as Judaism). It was the advance of political thought, not advances in state security, that brought these practices to an end.

Certainly, these terrorists should be hunted down and put out of business ruthlessly. But let's not be too sanctimonious about it.

Your editorial explanation (How To Honour Charlie Hebdo – Jan. 12) for not publishing the satirical cartoons appears at odds with many readers, as seen by the almost complete disagreements expressed online. How bold is that!

I may or may not agree with publication. Regardless, I respect the apparent care, consideration and reasons given by the editorial staff to reach a presumably objective decision. As a decades-long subscriber, I demand nothing less.

The Globe doth protest too much, methinks, about protesting too little.

Margaret Wente writes that society is monstering men by calling out "manspreading," and that we young women have somehow become "neurotic, quivering piles of jelly" (Advice To Younger Women: Man Up – Jan. 10). Well, young women are not helpless. We're fighting back by calling out sexist and misogynist behaviour. When one in four women in Canada will be sexually assaulted in their lifetime, the fear is real and we have to protect ourselves.

The Dalhousie students who joked about drugging women and having "hate sex" are not "decent" men. The decent men I know respect women and would never say such a thing. So no, I'm not going to practise "manning up" or learning to deal with it.

It's interesting to note the conflicting views of Ms. Wente and Elizabeth Renzetti (Dr. Liz's Relationship Academy – Jan. 10). Whilst I fully agree we have to stop villainizing men (lest they embody this reputation), the better approach is to endorse more appropriate behaviour.

A litany of studies have unequivocally demonstrated the impact of our society's depiction of women on boys and men. The simple advice to "man up," well-intended I'm sure, will have little impact on a complex cultural challenge. As with all issues, it starts with education.

As a Toronto transit rider, I am also angered by the bad manners of some riders and in particular by those who occupy more than one seat for themselves. Until I became aware of "manspreading," I never thought to link the bad manners to a race or gender. I may pay more attention now, for example, when some seated people cross their legs and project their top foot into the aisle or when others place large purses beside them.

Pre-existing prejudices makes one more likely to link a natural physical attribute such as manspreading to distasteful behaviour. For example, Nazi pseudoscientists studied physiognomy (facial appearances) as examples of odious racial characteristics. As I sit spread-legged, I scratch my Jewish forehead in bewilderment that misandry (dislike of men) has been applied to transit ridership.

We are currently retrieving the black boxes from an ocean air crash at great expense (Divers Locate AirAsia Flight Recorder – Jan. 12). Surely, in a world where digital communications are everywhere and cheap, we can design a better system for keeping track of aircraft and their data.

Why are commercial airplanes not required to send telemetry data and cockpit voice data, to land or satellite-based recording facilities, in real time? Not only would investigators have the information promptly, in the event of a crash, they would also be able to review pilot performance on an ongoing basis.

Surely if we can turn airliners into WiFi hot spots for passengers' amusement, we can figure out a way to do this.

During the original Golden Age of flying (A Golden Age Of Flying: Yours For A Few Extra Fees – Jan. 8), passengers travelled in suits and paid handsomely to partake of full meals and cigarettes. Although a state airline, this was true of Air Canada as well. The hoi polloi travelled by rail in dusty day coaches.

Too bad the Transport Minister's fearless defence of private companies running their own affairs does not extend to a hands-off approach to labour relations. She was quick to step in when employees were attempting to exercise their collective bargaining rights (Citing Economic Impact, Lisa Raitt Orders Air Canada Back To Work – March 12, 2012). In that case, perhaps allowing a private company to manage its own affairs in-house might have led to less grumpy and more motivated employees.

Leah McLaren expounds on her toddler's sleep problem (Secrets Of A Cold-Hearted 'Sleep Trainer' – Life, Jan. 9). Night waking is a very common problem in older babies. As many as 40 per cent of them show sleep irregularities, even babies who slept well during their first six months.

Babies who awaken frequently at night may have a low sensory threshold, meaning they are more easily awakened by ordinary noises, vibrations, drafts or light. Caregivers might try reducing all external stimulation, such as blackening the infant's room – no night light, no door left ajar, no LED clock lights. Eliminate even low TV and appliance noises and cover the telephone with a pillow if necessary.

Also, no screen time of any sort at all for children age 2 and under, as per the recommendation of both the Canadian and American pediatric societies. And eliminate alcohol ingestion for parents.

Re Canadians: Embrace Your Heart Of Cold (Jan. 10)

To avoid frostbitten paws, Roy MacGregor's dog appears to have adopted the art of levitation. I am made of sturdier stuff, though, and embrace the Canadian winter in the spirit of the Apostle Matthew: "Many are cold, but few are frozen." 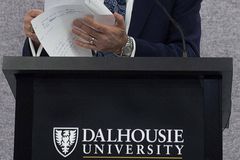 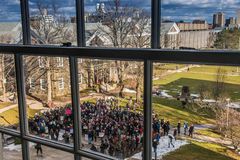 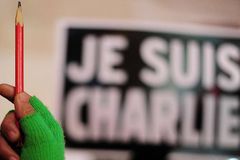