If you want to put a tax on greenhouse gas emissions, there's an easy way to do it. You implement a carbon tax, like British Columbia did, and add it to the price of gasoline and other fossil fuels. The higher the emissions, the more tax people pay. Anyone can understand how it works.

Then there's a second way, which is much more complicated and expensive. It requires a big bureaucracy to administer and is highly vulnerable to special interests. Lots can go wrong. In Europe, where they've been trying to get it right for a decade, it's been an abject failure. This system is called cap and trade, and nobody but the experts can understand how it works.

Kathleen Wynne's Ontario has chosen the second way. The fact that cap-and-trade schemes are incredibly opaque is considered a feature, not a bug. The government can swear it's not a tax, even though the taxpayers will wind up paying for it anyway as industry passes on the extra cost.

Cap-and-trade schemes are supposed to encourage companies to find cleaner forms of energy. A cap is set on the amount of pollution each industry is allowed to emit. Individual businesses are then granted (or sold) permits to pollute. They can then buy or sell these permits on the open market. If they want to emit more pollution, they have to buy more permits, and vice versa. Finance people love carbon markets because there's good money in it for them.

Carbon trading was supposed to be the next big thing. But when the recession came along, the European carbon market collapsed. Permits that once sold for 30 euros a tonne plunged to almost nothing. Today, they're trading for around seven euros – much too low to encourage emissions cuts. Fraud has been a huge problem. And the carbon market has become entirely politicized, with each country and industry furiously lobbying for its own interests.

Ontario plans to link its new cap-and-trade scheme to Quebec and California, which have been urging the province to join theirs. The cash-strapped government hopes to raise $1-billion to $2-billion a year from pollution permits – a nice chunk of change at a time when it's desperately in need of revenue.

Originally, cap-and-trade schemes were supposed to be revenue neutral. The money raised through selling permits would be offset by cutting taxes elsewhere, and any surplus it would be returned to the taxpayer. Or the proceeds would be invested in green energy research and other ways to reduce emissions. But those ideas have fallen by the wayside. Governments are treating their cap-and-trade revenues as a giant piggy bank available for the pet projects of those in power.

California Governor Jerry Brown has dipped into the cap-and-trade fund to help pay down the state's impressive deficit. He's planning to spend another quarter of the money to help build a vastly expensive high-speed bullet train, which has been lambasted as a ruinous folly. Some of the cap-and-trade money (which is expected to reach $8-billion U.S. a year before long) will go to housing and public-transit programs benefiting the poor, in the name of "environmental justice." None of these projects have much if anything to do with cutting emissions. Meantime, fuel suppliers are now included in cap and trade, and the price of gas at the pump has gone up several cents per gallon.

In the state of Washington, Governor Jay Inslee has dropped the idea of a link altogether. He wants to impose a new charge on emissions from oil refineries, power plants and other big polluters, and spend the money on education and transportation.

The natural tendency for cap-and-trade schemes is to become captured by the politicians. Why would Ontario be any different? As for whether these schemes do anything to cut emissions, that's anybody's guess. In Europe, carbon emissions have fallen dramatically. But that's because of the recession, not cap and trade. Europe's tortuous attempts to green its energy policies have also driven energy prices sky-high and energy-intensive industries away.

Meanwhile, people are fleeing California in droves because costs are sky-high there too, and the place is drying up. Both problems are policy-induced. Now Ms. Wynne seems determined to turn Ontario into California North – an expensive place to live and do business, but without the climate, the scenery, Silicon Valley or Hollywood. I can hardly wait. 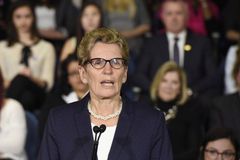 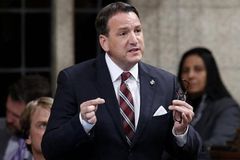