It's been a bit more than two years since Prime Minister Justin Trudeau promised to "completely implement" the Truth and Reconciliation Commission's 94 calls to action. Many of these require joint action and spending. They take time.

The 32nd call to action, however, only requires a simple amendment to the Criminal Code.

It called "upon the federal government to amend the Criminal Code to allow trial judges, upon giving reasons, to depart from mandatory minimum sentences and restrictions on the use of conditional sentences." In other words, judges who have heard all of the facts about the case and the offender should decide the correct sentence. One size does not fit all.

The TRC made this recommendation as a way of addressing what the Supreme Court of Canada recognized in 1999 as a crisis of Indigenous over-representation in our prisons. The Supreme Court made this extraordinary statement at a time when Indigenous persons constituted 12 per cent of prisoners. Today, the figure is between 26 per cent and 27 per cent of all prisoners. What was a crisis has become much, much worse.

This simple amendment would help address the over-representation of Indigenous people in prisons across the country. Had it been enacted two years ago, the public could have saved hundreds of thousands of dollars spent by government and legal aid in every province and territory in challenging and defending the mandatory-minimum sentences that increased dramatically during the years of the Conservative Harper government. The public also could have saved money on prison sentences that judges thought were not necessary.

Mandatory-minimum sentences are a bad idea. Parliament cannot possibly know all of the varieties of offences and offenders caught by them. They are blind to whether offenders live in abject poverty, have intellectual disabilities or mental-health issues, have experienced racism and abuse in the past or have children who rely on them. The mandatory-minimum sentence does not allow a judge to decide if incarceration is necessary to deter, rehabilitate or punish the particular offender.

The federal government is still studying the issue, but there is enough evidence to justify this simple amendment early in the new year when Parliament returns from its break.

The federal Department of Justice's own research documents a 103-per-cent increase in cases affected by mandatory-minimum sentences between 2000-01 and 2013-14, so that almost 4,000 people are sentenced each year under such one-size-fits-all penalties.

There is support for the TRC's call to action in the practice of other countries. Australia is not known as a country that is particularly soft on crime, but some of its states allow judges to justify departures from all mandatory sentences on the basis of either offender or offence characteristics.

And finally, there is growing list of decisions by all levels of courts, including the Supreme Court, holding that mandatory-minimum sentences cannot be justified. They violate the Charter of Rights and they discriminate against Indigenous offenders.

Alas, this litigation proceeds slowly, at an enormous cost to taxpayers as each offence is defended by government lawyers. Parliament could more quickly and less expensively enact much more comprehensive reforms.

While many of the TRC's calls to action require resolutions from various levels of government, the 32nd requires federal action alone. Will Mr. Trudeau make this one of his New Year's resolutions, or will we continue wasting taxpayer money on unnecessary incarceration and litigation for another year?

Amanda Carling is president of the board of directors for Aboriginal Legal Services, Emily Hill is its interim legal-advocacy director and Jonathan Rudin is its program director. Kent Roach is a professor of law at the University of Toronto. 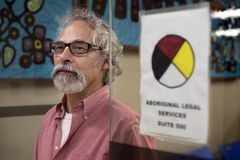 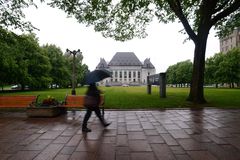