As a cosmologist, I find it amazing that we can accurately analyse and predict what is happening at distances ten trillion times greater than our solar system. For this, Albert Einstein is our icon and he showed us the power of the mind to understand the universe.

Equally amazing are our human qualities, our capacity to work together to better society, to provide for others, and to determine our destiny. In the arena of intelligent humanity, Nelson Mandela is the icon of the twentieth century.

My life's course was strongly influenced by Mr. Mandela. My parents joined his struggle against apartheid, and were both imprisoned when I was a child. When my father was released, we fled as refugees to East Africa, and then the UK. With hindsight, this experience was the best thing that could have happened. It taught me to stand up for what is right and never give up. In the long run, the best ideas win.

But for me, Mr. Mandela's greatest legacy won't be his strength of character, or his capacity for forgiveness, or his towering intellect, or his passion for our homeland. What was most striking about him was his passion for education. He said, "Education is the most powerful weapon which you can use to change the world."

Africa today stands on the threshold of economic takeoff. It has vast natural resources. It has a young, strongly growing population. According to recent estimates, Africa's current population of 1.1 billion will grow to 2.4 billion by 2050. Most strikingly, a third of the planet's young people will be African by then.

Mr. Mandela foresaw the potential of Africa's children: "It is through education that the daughter of a peasant can become a doctor, that the son of a mineworker can become the head of the mine, that a child of farm workers can become the president of a great nation."

I will never forget the day I introduced Stephen Hawking to Mr. Mandela. He seemed bemused by Stephen, whose voice emanates from his computer. But Nelson and Stephen have so much in common – their struggle against overwhelming odds, their exceptionally clear thinking and ability to communicate. And again, most of all, their unfailing belief in young people.

The beliefs we share with Mr. Hawking and Mr. Mandela drove me and my colleagues to found the African Institute for Mathematical Sciences (AIMS) and its Next Einstein Initiative. Our mission is to enable Africa's brightest students to flourish as independent thinkers, problem solvers and innovators capable of propelling Africa's future scientific, educational and economic self-sufficiency. We will build a pan-African network of 15 centres by 2021. It will graduate 750 students annually who will have the mathematical, research and scientific skills to serve Africa's development needs in academia, industry and government.

Our goal is to create the conditions in which the next Einstein can emerge in Africa. We want to turn development on its head, to see Africa not only for its problems, but also for the great positive contribution it can make to the world. Realizing the talents of its young people will drive progress on the continent, and bring new energy, vitality and diversity into science, stimulating discoveries whose consequences we can only imagine. Let Africa do for science what it has already done for music, art and literature. Einstein with Mandela. Let Africa be the place where we connect our intellect with our humanity.

Neil Turok is the director and Niels Bohr chair at the Perimeter Institute for Theoretical Physics in Waterloo, Ont., and founder of the African Institute for Mathematical Sciences 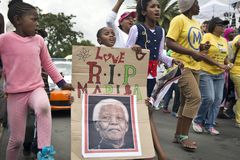 Opinion
Mandela, a leader every nation would envy
December 6, 2013 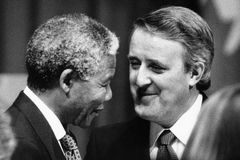 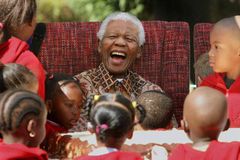 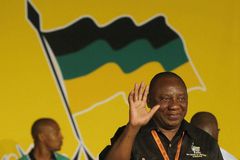