Margaret Atwood's most famous dystopian novel features an evil fundamentalist regime that enslaves women. Perhaps her next one will feature an evil cabal of luxury condo developers, plotting to take over leafy old neighbourhoods and defile innocent trees.

Ms. Atwood, who happens to live in Toronto's leafy old Annex, is currently fighting an eight-storey condo development she doesn't like. She strenuously denies that this amounts to NIMBYism. She's simply standing up for the downtrodden and oppressed. "The un-rich have owned their houses for decades," she tweeted. "Why should a devlpmnt [sic] go right up to their lot lines and kill their beloved trees?"

The neighbours (who include some Westons and some Eatons) are not exactly "un-rich." Even so, they're upset too. Supermarket magnate Galen Weston and his wife, Alexandra, say the building "will devalue all of the assets we currently love about living here; it will no longer be the ideal place for our young family to grow up."

Not surprisingly, the younger generation isn't overly sympathetic. As The Globe and Mail's Alex Bozikovic pointed out, few people his age can afford a house in Toronto, let alone one in her hood.

Toronto is caught in the modern trap of liberal politics: The more liberal a city is, the more unaffordable it is too. Inequality appears to be growing fastest in places that are run by people dedicated to fighting inequality. Think San Francisco, where all but the wealthiest are priced out of the market. Sure, geography is a barrier to building, but the same unaffordability problem exists in San Jose, where house prices have doubled in five years. In that case, people blame an influx of affluent tech workers. But the real problem is that California isn't building new housing, while places such asTexas are. That's why so many middle-class Californians are fleeing for Texas.

"There is a deep literature tying liberal residents to illiberal housing policies that create affordability crunches for the middle class," wrote Derek Thompson in The Atlantic. Rich liberal cities think up lots of ways not to build new homes, including zoning laws, thickets of regulations, environmental restrictions, proliferating agencies that all have to give approvals, unresponsive government bureaucracies, historical preservationists and, of course, neighbourhood activists who can tie things up in knots for quite a while. All these factors boost construction costs and constrain supply. When it comes to new housing development, rich liberals are deeply conservative.

Then there's the matter of perverse incentives for the incumbents. So long as there's more demand than supply, those of us who already own houses will enjoy windfall profits. Which is another reason why once-impoverished university professors who moved into the Annex 40 years ago are not too keen on change. [Personal disclosure: I too enjoy Annex living, in a condo building that Ms. Atwood once opposed. We call it Cachet Towers.]

Most people in rich liberal cities are horrified at the very thought of anything to do with Texas, a place where Republicans prevail and regulation is a dirty word. But Dallas-Fort Worth has an abundance of affordable housing, and living standards for middle-income folks are significantly higher than they are in rich liberal cities. Taxes are lower too. So what if there's not much public transit? Your car is comfortable and air-conditioned, and gets you there faster anyway.

Liberal housing policies mean that middle-class people can no longer afford to live in liberal cities. People who belong to the creative class – writers, artists, musicians – can't either. Consequently, the most liberal cities are separating into two extremes – the managerial elites, who replicate themselves in their leafy enclaves at one end, and poor people and new immigrants at the other. Toronto now has among the highest rates of family poverty in Canada. If you like equality – and kids – try the suburbs.

The standard answer to the affordability crisis is always the same: more public housing, more rent controls, more checks on foreign buyers. A better answer is more deregulation, so that we can build more houses, not just in the city but in the hinterland. But liberals don't want to hear that.

The truth is, it's always fun to laugh at rich people in the Annex. But most of us behave exactly the same way they do. Who's to blame for growing inequality? Look in the mirror. 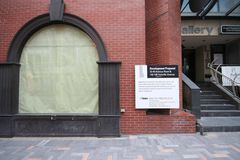 opinion
Toronto needs a vision to put the city’s ravine system on the map
August 25, 2017