Just six people were able to enrol in Obamacare on Oct. 1, the first day the program launched, according to CBS News. Six people! Think of it this way: Mickey Rooney married more people than were able to sign up that day for the U.S. government's flagship health-insurance program, which had been years in the planning. Unlike Mr. Rooney, the most powerful government in the world can't put on a show.

That's what you call FUBAR in polite society. I'll bet they've got another name for it in the White House, which turns the air blue. The website was supposed to accommodate something like 39,000 people a day, but has been fraught with glitches, delays and breakdowns. It's the Pinto of government websites.

Which is why it was so odd that no one, from the administration to the website's creators, bothered to apologize to the hapless Americans who spent weeks yelling at their screens. The technology giants who were paid millions of dollars to build healthcare.gov, including Montreal's CGI Group Inc., sent various minions to testify at a congressional committee about the debacle. Call it the Tail Between the Legs Tour.

And yet none of the executives apologized. "I haven't heard one of you apologize to the American public," Republican Congressman David McKinley said. "Are apologies not in order?"

Finally, they sent a general in to do what the grunts couldn't. On Thursday, possibly after receiving a package from the White House with a note saying, "Here's your sword – please fall on it," Health Secretary Kathleen Sebelius told Americans, "You deserve better. I apologize. I'm accountable to you for fixing these problems."

It's hard to say sorry, especially if you're in the public eye. It's three whole words, two if you use contractions, one if you mumble. There are lawyers whispering "culpability" and "lawsuit" in your ear. And an apology done badly, like former New York mayoral candidate Anthony Weiner's for failing to leash his inner horndog, is a next-day soufflé – hollow, cold and unappetizing.

And yet, how much mileage and goodwill can be wrung from a single sincere apology? In Ottawa, recriminations and counter-recriminations, demands for apologies and deals fly. Senator Patrick Brazeau says he was offered a "backroom deal" in return for a public apology over the handling of his expenses. What if he'd just apologized without a deal? What if the Prime Minister decided to pour oil on the troubled waters of River Senatus and said, "My bad. I'm in charge. I appointed them. I'll take the flak on this one." Instead, in the House this week, he said, "The time for making apologies over there is long past." That surprised me, because I missed the part where the apologies began, and the part in the middle where they continued.

In order to say sorry, you'd have to admit to having made a mistake in the first place. And the higher you go, the harder that becomes. What if denial isn't just a handy political foxhole, but an actual survival strategy bred in our bones? That's the premise of a very interesting new book, Denial: Self-Deception, False Beliefs and the Origins of the Human Mind, which suggests that (in short) denial is a coping mechanism that's evolved over time, allowing human beings to flourish despite knowledge of our mortality. Pretending there isn't a yawning grave awaiting us becomes an evolutionary strength and leads inevitably to the denial of all sorts of other unpleasant things that we can't bear to look at, from bad personal habits to inconvenient facts about global warming.

"Reality denial is such a fundamental part of being a human being that one cannot easily just shed its clutches," write the authors, Ajit Varki and Danny Brower. "We can't abandon denial any more than we can change our fundamental personality traits. What we can do is recognize this trait, and try to manage its deleterious effects."

It seems like a bonkers theory, at first. Ignoring reality is a survival strategy? Pretending there's nothing wrong, in the face of all contrary evidence? But it's no more bonkers than what's gone on in Toronto this week, where Mayor Rob Ford continues to pretend that he's not at the centre of a giant maelstrom, the pitying gaze of the world focused on his city. Instead of answering the questions that dog him, and perhaps even offering an apology for six months worth of chaos and wild goose chases, he's off "doing what people elected me to do," which seems to involve visiting malls and tweeting his top five suggestions for weekend fun (one of which involves a whisky festival, no word of a lie). This is perhaps not the scenario those buttoned-up Methodists imagined when they invented "Toronto the Good."

Perhaps there will be an apology forthcoming from Mr. Ford this weekend, or even an explanation. I'm not holding my breath. The most dangerous time for any gambler comes when he's lost almost everything, and instead of wisely walking away from the table – "Sorry, I'm out of here" – decides to keep playing even though he's got nothing left to give.

Gilbert Gottfried on the age of Internet: ‘Every joke now has to come with an apology'
November 3, 2013 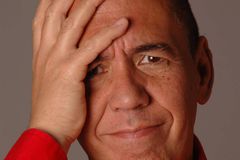 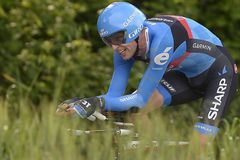 Opinion
‘Revolution’ may be a tired word, but Russell Brand has struck a chord
October 26, 2013

Opinion
You won’t believe what the press just did: their jobs on the public’s behalf
October 18, 2013