On Sunday, excerpts from the new book Media Madness: Donald Trump, the Press, and the War Over the Truth by Howard Kurtz – a media analyst at Fox News – were published. On Tuesday, CNN reported that a Michigan man was arrested last week after he allegedly called CNN several times, threatening to kill employees.

According to the news network, the caller said, "Fake news. I'm coming to gun you all down," and he also "used an expletive directed at African-Americans." As he made multiple threatening calls and had a history of threatening behaviour, the incident was taken seriously. The man was released last Friday on $10,000 bond.

In Kurtz's book, he writes: "The past two years have radicalized me. I am increasingly troubled by how many of my colleagues have decided to abandon any semblance of fairness out of a conviction that they must save the country from Trump."

You watch CNN or Fox News and you see, at this point, endless, numbing arguments and debates about the Trump presidency and its politics. Fox hosts attack other media. Donald Trump attacks all media except Fox. It looks like a circus of rebounding insults going around and around, but it isn't. You have to ask: How long before one of the messengers is actually killed?

The potency of media hatred is now at a toxic level. Time was, all-news cable channels in the United States were derided as a fast-paced, fatuous version of news reporting and punditry, a sort-of version of talk radio with pictures and more comely personalities.

It's 30 years now since Oliver Stone's movie Talk Radio was released. It was about a controversial radio ranter and based on a play by Eric Bogosian and Tad Savinar, in turn based on the story of confrontational left-wing radio host Alan Berg, who was murdered in 1984. Four members of a white-nationalist group were indicted for the murder and two were convicted, although not of actual homicide in the case. That was before the internet, social media and all-news cable. It was in my lifetime and many of yours.

Right now, those of us who work in the media spend a lot of time wringing our hands about rationalizing our existence and dwelling on how news and opinion are delivered through various platforms. At the same time, what's happening in the United States is like a contagion spreading this way and that.

According to Kurtz, "Donald Trump is staking his presidency, as he did his election, on nothing less than destroying the credibility of the news media; and the media are determined to do the same to him. This is not just a feud or a fight or a battle. It is scorched-earth warfare in which only one side can achieve victory."

One can take some of Kurtz's Fox-centric assertions with a grain of salt. But he's not wrong when he asserts that traditional, mainstream media is distrusted by a great swath of the U.S. population. If anything, he underestimates the distrust and its impact.

What's contagious, actually, is blithe hatred of media. Consciously or otherwise, normally sensible people smell blood when they see reporting or opinions they dislike. Livid hatred, rather than disagreement, is the response. Even in the epochal change the #MeToo movement is wreaking, spurred on by reporting, one can see an extraordinary level of rancour and hate aimed at media figures.

When Headline News Network host Ashleigh Banfield recently said on air that an online piece about Aziz Ansari's reprehensible behaviour on a date had "chiselled away at a movement," the 22-year-old writer of the piece was scathing in her dismissal of Banfield, heaping on the host's age, hair and looks, and dismissing her as "a has-been" who nobody under the age of 45 had ever heard of. That's from one aspiring journalist to an experienced one.

It's stating the obvious to say the Trump era has coarsened the debate about media and journalism. What isn't discussed enough is the normalization of media loathing and hostility. People who mock Trump, especially younger people, will instinctively insult traditional media as "failing," merely because they read views they dislike.

If we have your attention, however briefly, we're not failing. But when the attention amounts to hatred, there's something very dangerous in the air. Kurtz writes about "fairness" being abandoned and a "scorched-earth warfare."

Meanwhile, there's a guy threatening to shoot dead a bunch of people who work at CNN. Somebody could get killed in this climate of hate. It's happened before. In my lifetime and yours. 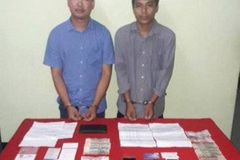