The Charter of Quebec values has certainly stirred everyone up. The document is decried as divisive and serves only to rally the Parti Québécois' sovereigntist base, who live mainly outside Quebec's large urban areas, in places where immigration is lowest and where few religious minorities are found.

As a result the media, especially in the English community, has been having a field day with the topic. Just another stick that can be used to beat down and discredit the PQ. Not that I have a problem with that.

It would be interesting though, if in the context of the current debate over religious freedoms, the media would look itself in the mirror for a moment and take stock.

Turn on your television and tell me what you see on Global, CTV, CBC, City TV and Sun News, along with all the major news outlets south of the border – where the population is just as ethnically and religiously diverse as Canada.

I don't know what you see but what I see is hypocrisy. Not a kippa, hijab, cross or turban in sight. Religious symbols are, quite simply, not part of the TV news uniform; never have been. The only exception to this rule is when women, reporting from a middle-eastern country, cover their heads out of respect for the customs of the host nation. And for their own safety.

There is a good reason for this of course. It's one of the basic tenets of journalism – neutrality. News anchors and reporters are not supposed to take sides. It's about the facts. Nothing more – nothing less. And that includes the outward appearance of neutrality.

It's also about ratings. We may not like bigots but they are still viewers and every viewer counts. News directors and broadcast executives don't want to risk offending anyone with displays of religious symbols for fear of losing a viewer that may, somehow, find it offensive.

There's nothing wrong with ensuring the religious neutrality of the newscast. There is, however, something hypocritical in denouncing attempts to ensure the same neutrality within the public service.

The same case that is made for broadcasters can be made for public servants, teachers, doctors, nurses, police officers, lawyers, judges and others. As workers who are expected to represent all of society, they should not appear otherwise.

The problem is, the PQ has come right out and said so, whilst the media just goes ahead and implements the practice, as they have for years. And, by the way, no one says a thing.

It's the same reason why the lord's prayer has been banned in public schools throughout the country. Public schools should be reflective of society as a whole and can not risk offending any subset thereof. That, is Canadian multiculturalism! It's why people began wishing us "Happy Holidays!" instead of "Merry Christmas!" and why it's not a "Christmas Tree" it's a "Holiday Tree"

The Quebec government is not refusing to hire someone of the Muslim, Jewish, Christian or Sikh faiths – the government is simply saying religion is a personal matter and as such, has no place in the public service.

Nor is the media refusing to hire someone based on their religious beliefs. But those beliefs are expected to be kept to ones self and not put on display for viewers to see. And that's been perfectly acceptable for the television industry. So why do so many in said media circles have such a big problem with ensuring the outward religious neutrality of the state?

The hypocrisy of the mainstream media on this matter is clear, but that is the Canada we live in.

Quebeckers have never felt as much Canadian pride as they do now
December 20, 2013 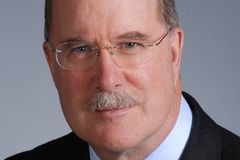 Opinion
This PQ provocateur is divisive, but no Machiavelli
December 16, 2013