I don't know about you, but these days the Netflix algorithm thinks I might be interested in a documentary about Lady Gaga and several dark U.S. crime dramas. I am three screens into recommendations before it offers episodes of the Maritimes comedy Trailer Park Boys and knee deep in genre suggestions before I spy one lone Canadian movie: the hockey comedy Goon.

This isn't particularly surprising: For movies, Netflix is a glorified video store with a very limited back catalogue, and Canada is hardly a powerhouse producer of popular film. And, when it comes to original serials, Canadian television shows are still almost entirely commissioned and aired by Canadian broadcasters – notwithstanding the hype about CBC-Netflix co-pros such as Anne and Alias Grace.

John Doyle: The Netflix deal is a very sweet deal for Netflix, not Canada

Is any of this going to change with the sparkly $500-million five-year Netflix deal that Minister of Canadian Heritage Mélanie Joly announced Thursday as she unveiled her new cultural policy? Not likely. The deal, which coincides with a commitment not to tax online services, is merely political cover for Joly as she fails to resolve the central issue her review was supposed to address: how to update analog-era supports for Canadian creators so that they can thrive in the digital age.

The details of the Netflix deal with Investment Canada are suspiciously sparse but they seem to include a definition of Canadian programming so vague that U.S. shows shot in Canada would qualify while the annual $100-million Netflix is promising is several times lower than the "hundreds of millions" it has previously boasted it spent here in 2016.

Meanwhile, by guaranteeing no new taxes on "online services," Joly has shut the door not only on a tiny cultural levy on streaming that is the clearest and easiest way to update funding systems, but also, apparently, on the much less ambitious idea of simply getting Netflix to collect the GST on its Canadian subscriptions.

As an attempt to coax digital giants into playing fair, as an answer to regulated Canadian broadcasters who want a level playing field with unregulated foreign services and as commitment to Canadians that Canadian shows are going to be not only available but also discoverable, the deal is an abject failure. And that's the glitzy offering in a policy full of noble sentiments, minor tweaks and previously announced funding that offers no bold moves and takes no hard decisions.

After 18 months crossing the country listening to artists, producers and various other creative industry types, Joly certainly got the message: Her Creative Canada document talks about placing creators at the centre of cultural policy and throws them various goodies in the form of new money for an export strategy and digital adjustments to several existing funds while reminding us all of previously announced increases for the CBC and Canada Council. Cultural executives are now busy parsing the details, figuring out if this incubator or that strategy is going to do something for their sector.

But on the television side, the Netflix deal is guaranteed only to pit TV creators against their current producers and distributors: How long before Canadian broadcasters start petitioning to escape their content regulations and spending requirements by taking closed-door meetings with the minister? The Canadian cultural community may be breathing a sigh of relief because a minister who promised that "everything was on the table" has not taken anything away from them, but the Netflix deal may well spell the beginning of the end for Canadian content regulations.

Maybe, while CTV, Global and City slip into the backroom for their own dealmaking chat with Joly, she will be reminding them that their parent companies are also escaping taxation: In promising no taxes on "online services," her policy suggests there is no political will to undertake another obvious update and switch the levy on the broadcast industry's dwindling cable and satellite revenues – which fills the coffers of the Canada Media Fund – for a levy on their expanding broadband revenues.

Instead, the minister, who doesn't want to "bail out industry models that are no longer viable" is propping up the fund, which underwrites TV shows and digital content. (There is no price tag on that promise to keep the fund at current levels, but it's one of the biggest goodies Creative Canada offers the creative community.)

Both the Netflix deal and the avoidance of anything that could be construed as a new tax represents a philosophy of sorts – that you can make more headway coaxing, charming or perhaps even shaming the digital giants into basic social and economic responsibilities than you can by legislating them. (Joly's announcement also trumpeted a collaboration between Facebook and Ryerson University on a news hub.) Even as government regulates online content with regards to obscenity, privacy and spam, the myth that you can't regulate the Internet holds its grip.

Are there alternatives for a culture minister brave enough to tackle digital disruption? Sure there are, and increasingly so. The review of the Broadcasting and Telecommunications acts that Joly is also promising could merge the two, putting in place the legal framework for Internet levies of various kinds and giving the Canadian Radio-television and Telecommunications Commission some authority to regulate cultural objectives in the online world. The CRTC could then follow Europe's lead and start demanding that streaming services contain a minimum amount of Canadian content in their catalogues. Those legislative reviews will take another year at least, but the tenor of Creative Canada certainly doesn't suggest the government is going to make huge changes.

None of these policies will mean much to consumers, particularly in the short term. Canadian content on conventional television will slowly wither as private broadcasters inevitably seek relief from their obligations; those who actively want Canadian programming will seek it out on the CBC, which will be required to do more and more of the heavy lifting without a sufficient budget. Perhaps many new Trailer Park Boys and Alias Graces will emerge on Netflix, but you can be sure that the likes of Narcos and House of Cards will still hog most of the attention on a service where few viewers would ever select content according to geography. No, it's not consumers who should care that much about Creative Canada; it is citizens who should be disappointed in Ms. Joly.

Editor’s note: An earlier version of this story incorrectly referred to the CBC instead of CTV when describing possible future meetings between private broadcasters and the Heritage Minister. 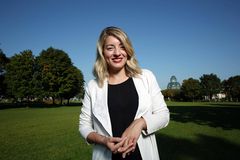 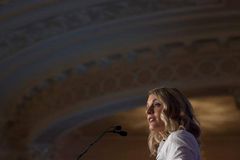 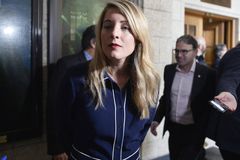