Claudia Chwalisz is a consultant at Populus and a fellow at the Crick Centre, University of Sheffield. She is the author of The People's Verdict and The Populist Signal. She is the co-author of the Legatum Institute's German election guide.

Angela Merkel has a tough few months ahead of her. While the German Chancellor looks set to govern for a fourth term, her Christian Democrats (CDU) are projected to suffer their worst result since 1949, with 32.5 per cent of the vote. The parliament is more fragmented than ever with six parties entering the Bundestag, and the far right Alternative for Germany (AfD) won the third-largest amount of votes (13 per cent). Ms. Merkel's power will be diluted, as her new government will hold nowhere near the 80 per cent of seats it did until now.

The Social Democrats (SPD) equally had one of their worst elections ever, winning a mere 20 per cent of the vote according to exit polls. Blaming the fact of being a junior coalition partner for their terrible result, SPD leader Martin Schulz has said the party will be going into opposition.

With the Alternative for Germany party's (AfD) co-operation ruled out from the start and another grand coalition off the table, this realistically leaves only two unprecedented options: a "Jamaica" coalition or a minority government. Neither will be make things easy for Ms. Merkel. New elections cannot be ruled out.

It is easy to forget that the "Jamaica" alliance is actually a four-party coalition with the CDU, the Christian Social Union (CSU), the Free Democrats (FDP) and the Greens (GP). (It is given this name because the parties' colours match those of the flag of the Caribbean country). While the CDU fared poorly, its more conservative sister party, the CSU, won 39 per cent of the vote in Bavaria – while this is 10 per cent less than in 2013, it will nonetheless assert its own voice in the negotiations.

Along with the fact that both the FDP and the Greens fared well, this puts Ms. Merkel in a weak bargaining position. For the "Jamaica" coalition to work, she will need to find a compromise between parties that fundamentally disagree with each other on the European Union's future, environmental policy, immigration and labour market rules.

Ms. Merkel's big hope rests on the smaller parties signalling a strong desire to be part of government. FDP leader Christian Lindner has already stressed that there are "similarities but also differences" in the manifestos and does not exclude the "Jamaica" option. The Green Party co-leaders also said that they are open-minded.

It is therefore highly unlikely that a coalition agreement will be reached before Oct. 15, when there are regional elections in Lower Saxony. Given that coalition negotiations after the 2013 elections went on for 86 days, it seems reasonable to think that in this more complex and unique scenario, there will not be a government before Christmas at the earliest.

What will this new term mean for Germany and for the EU? Domestically, the CDU lost more than one million votes to the far-right populists this time. In her first remarks after the exit polls, Ms. Merkel said that she will be "listening" to those who voted for the AfD, suggesting that she will make a turn to the right. The fiscally conservative FDP is also vying for the Finance Ministry; if it is successful, more austerity can be expected.

As for the ambitious eurozone integration reforms that French President Emmanuel Macron is pushing, these look unlikely to lead anywhere. The FDP is adamantly against them, emphasizing the need for fiscal discipline. The CDU and CSU have also expressed caution, encouraging Mr. Macron to focus on necessary domestic reforms first. It is only the Greens – the weakest partner – who favour integration. In addition, with the AfD's new-found parliamentary outlet for its anti-European voice, another term of Ms. Merkel muddling through EU crises as they arise looks more likely.

Regarding Brexit, the result will not change much in Germany's approach. The EU is nonetheless important to all the parties except the AfD; cohesion with the EU27 is the priority for all of them. Even the FDP, which has a more sympathetic view of Britain, is unlikely to use its bargaining chips on Brexit over more important domestic issues, such as gaining control of the Finance Ministry.

Ms. Merkel may end up as Germany's longest-serving chancellor, but surviving a fourth term with the high approval ratings she has had for the past 12 years will be no easy task. 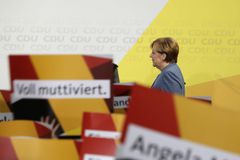 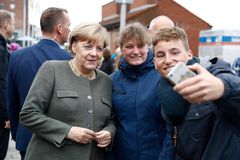