In a move that many would consider basic human decency, the Metropolitan Opera in New York has decided to break from tradition, and forgo the use of blackface in its upcoming production of Verdi's Otello (based on Shakespeare's Othello).

The decision, which should have been a no-brainer, has been met with resounding positivity and a general sense of self-congratulation. Met general manager Peter Gelb is quoted as saying, "I realize it's a sensitive issue. We feel that it's the appropriate direction for this production and we're happy with that decision. Quite frankly, [director Bartlett Sher] and I have talked about this for some time, how [Otello] should look in this production, so it's a decision that has evolved over time."

The fact that the use of blackface is even being discussed as an option – at a time when racially motivated violence in the United States is grabbing daily headlines – is shocking. Lauding oneself for having joined this century is a bit rich.

But focusing on the use of blackface, or lack thereof, in opera is diverting focus from an equally important issue: The Met cast Latvian tenor Aleksandrs Antonenko in one of the very few titular operatic roles that call for a black singer.

In a statement published on NPR.com, the Met said: "Aleksandrs Antonenko is among a small handful of international dramatic tenors who can meet the considerable musical challenges of the role of Otello, one of the most demanding in the entire operatic canon, when sung without amplification on the stage of the world's largest opera house."

The casting choice is being justified by claiming it will ensure that audiences witness the highest calibre of artistry in line with the Met's standards. While it is true that the role of Otello requires an incredible amount of vocal finesse, it is hard to believe that, had the Met put out a call, it would not have found a single black tenor who could meet its high standards. The Met calls it colour-blind casting. I call it whitewashing.

Whitewashing – the practice of casting white people in roles regardless of what that role calls for – isn't new, or even rare in opera. The Manitoba Opera's recent production of Turandot featured Russian soprano Mlada Khudoley as the Chinese princess. In the Canadian Opera Company's October, 2014, production, Madame Butterfly, a young Japanese girl, was played by white American soprano Patricia Racette.

In both cases, as with the Met's production of Otello, casting is supposedly based on vocal ability instead of looks. Yet it is easy to miss what you aren't looking for. In a 2013 production of The Mikado by Skylark Opera in St. Paul, Minn., director Rick Shiomi made a conscious effort to seek out singers with East Asian heritage. Although many were skeptical that he could find enough people, he put out an open call for singers, and was met with overwhelming response.

Whitewashing in opera is problematic because it implies that there are no people of colour capable of claiming the few available opportunities for diverse casting. Is Otello a great opera? Yes. Will the world suffer for waiting until there is an appropriate casting option for the lead role? Probably not.

Opera doesn't need colour-blind casting if it means continuing this trend. The overwhelming number of opportunities already go to Caucasian singers. Instances that call for people of colour in opera are few and far between. Casting Aleksandrs Antonenko as Otello isn't just a matter of providing a talented singer the opportunity to sing some of history's greatest music. Rather, it is also taking away one of the few leading roles for a black singer, in an industry where the odds are already stacked against people of colour. Claiming it is being done in the name of artistic integrity is tacit approval of the racism that is at play in broader society. What opera needs is employment equity.

The Met's Mr. Gelb is right: This is a very sensitive issue. But in casting a white singer in a black role, his company has missed a valuable opportunity to show that the opera world is relevant to – or even aware of – the struggles of contemporary society.

Aria Umezawa is artistic director of Opera 5, an independent company based in Toronto, and a freelance opera director working across Canada.

Theatre Review
The Wilberforce Hotel’s blackface is risky but it works
July 16, 2015 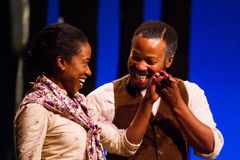 Opinion
French Quebec has its own take on blackface
January 22, 2015 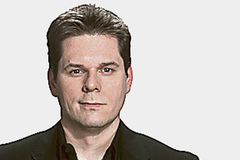