It's rather daring that Michael Ignatieff is putting "green policy" at the centre of his party's pitch during the next election, whenever that longed-for bliss occurs. Daring, for the obvious reason that it was Stéphane Dion's "green shift" - purest idealism built on a mud field of impenetrable prose - that so wounded his predecessor in the last election.

It's daring for another reason, too. I do not know if Mr. Ignatieff visits the BBC News website these days. He was once an ornament of that venerated service, so perhaps he does. He may read there an interesting article on the precious topic of global warming. The BBC has been very friendly and supportive of AGW - so-called man-made (anthropogenic) global warming - and it is therefore a little surprising for those of us who follow the fortunes of the crusade to see this headline on a BBC story: What Happened to Global Warming?

It is not a headline that will please the pious. "Rank heresy," I hear some of them sniff. Nor will they be pleased with the body of the story, which proceeds to offer, in this the Advent period of the great Copenhagen global warming conventicle, a highly inconvenient truth: "For the last 11 years we have not observed any increase in global temperatures. And our climate models did not forecast it, even though man-made carbon dioxide, the gas thought to be responsible for warming our planet, has continued to rise. So what on Earth is going on?"

Carbon dioxide has increased, temperatures have not: The models did not predict that incongruity. This is, or may be, the church of global warming's Galileo moment - when observation of what is happening trumps the gloomy choir of consensus on what may.

Galileo didn't work from consensus. Those who opposed and persecuted him worked on the consensus of centuries - that the Earth was the centre of the universe. The consensus multitude who tormented him are now a byword for folly and ignorance.

The BBC story makes many more interesting points that Mr. Ignatieff should read before he chains himself to another Liberal platform built around a response to global warming. Not least is the observation "that we may indeed be in a period of cooling worldwide temperatures that could last another 10-20 years." But let's jump to the last paragraph.

That paragraph blisters with the heresy of heresies: "One thing is for sure. It seems the debate about what is causing global warming is far from over." Is this possible in 2009? The debate is not over! I picture Al Gore reaching for the holy Evian water and loosing a jeremiad: "Out, apostates! By my hemp underwear, and in the name of Kyoto and the IPCC, by the heel and toe of the carbon footprint, I declare thee excommunicate and anathema. In the name of bicycle paths, twisty bulbs, windmills and slow-flush toilets, carbon offsets and compost heaps, I declare the BBC heretical." Or something like that.

The BBC is not the only voice showing sprigs and shoots of independent thinking on global warming. From Ian Plimer, the Australian scientist, to Canada's Stephen McIntyre and Ross McKitrick, brave men who debunked the infamous "hockey stick" graph, there are minds outside the herd.

There are many warning that the great rush to fix the planet, and re-engineer its economy in the middle of a huge recession, on the basis of incomplete science and vastly overblown advocacy from the world's swarm of environmental lobbyists, NGOs, foundations, action groups, Greenpeace acrobats and UN politicians, may be terribly ill-advised. For those with eyes to see, and ears to hear, there have been throughout this whole global warming enterprise serious and well-informed minds asking for a second look, proposing alternative explanations, or qualifications to the idea that man-made CO 2 is the sole or main driver of an impending apocalypse.

There are intellectual bubbles as often as there are economic ones. Y2K was a computer hysteria that cost billions. We even had, 30 plus years ago, a mini-bubble of "global cooling" anxiety. These are not hospitable grounds for a national party, in opposition, with a new leader, on which to build a platform for a coming election. A little intellectual hardihood on Mr. Ignatieff's part, a little resistance to the cries of doom coming from the overheated zealots of the global warming consensus, would signal a streak of courage in his leadership.

Throwing the word "green" around, or building a national policy on its vague and trendy seductiveness is an escape from thinking, rather than an exercise in it. It is a genuflection to politically correct conventional wisdom. A little intellectual and political boldness would do Mr. Ignatieff a world of good right now, and right now is when he needs it most.

Opinion
Crucifix out, warming in
November 6, 2009 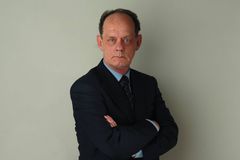 Opinion
A disgusting portrait of an 'artist'
October 2, 2009

Opinion
Why Ignatieff muddles and befuddles us
September 25, 2009 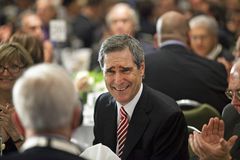