Stacey May Fowles is a Toronto-based writer. Her book, Baseball Life Advice, will be available April 11.

On Tuesday evening, ESPN's Howard Bryant reported that Major League Baseball had approved a rule change that aims to replace the four-pitch intentional walk with a signal from the dugout. That means that instead of a pitcher deliberately tossing balls at a hitter deemed likely to do some real scoreboard damage, a simple gesture can instead get him to first, and a less-feared player in the lineup will automatically step up behind him. It would seem the overall aim is simple – shave off a couple minutes of playing time here and there, and continue MLB commissioner Rob Manfred's mission to tighten up the game to attract a new, younger (supposedly bored and easily distracted) audience.

Though this may seem like an insignificant change, the immediate reaction among baseball romantics fell somewhere in the realm of rage, dismay and total bewilderment. If you checked online reactions, you'd find countless accusations of misguidedness and, well, downright stupidity. Some asked why Mr. Manfred seems to hate baseball so much. In the theatre of this game, the intentional walk is for some a beloved, delightful performance – the extended concession that a player is too good for a pitcher to deal with in the moment – and there are fans unwilling to part with it.

This reluctance is unsurprising. A huge part of baseball's enduring charm is its wonderful weirdness, and the four-pitch intentional walk – a sanctioned workaround of sorts – is a part of that tradition. The act has seen its share of oddities, perhaps the most cited being when, in 2006, Miguel Cabrera sneakily hit a go-ahead RBI single in the 10th inning of a Marlins versus Orioles matchup.

While by and large it is an uneventful process that takes only a couple of minutes, pitching the walk does leave room for human error, and some occasional wild surprises. And as each intentional ball is thrown, the crowd gets an opportunity to jovially boo the compliment that their hitter is simply too good to reliably get out, and, as some have noted, the time to hope and pray that the insulted batter behind him gets the best of the man on the mound.

As for Mr. Manfred's plan to shorten games in the interest of ratings, it's frankly absurd and maybe even offensive to hinge a campaign on the idea that younger fans will respond in droves to a slightly edited game. (It's also a campaign that's failing; according to Fox Sports' Ken Rosenthal, after seeing some very minor decreases, the average game time actually went up more than four minutes last season.)

For devotees both young and old, there is something comforting about the fact that baseball always takes as long as it needs. In a world where we are over-scheduled and consistently exhausted, the unpredictable timeline of a relaxing summer game of baseball feels to me more like a gift than a deterrent.

The overall lack of a ticking countdown clock is certainly not for everyone, and the accusation that baseball is long and boring is certainly a common refrain, but those who love this game relish in its languishing, unpredictable temporal nature, and generally argue for more, not less playing time. Absurdly lengthy games, like the Toronto Blue Jays 6-hour and 37-minute, 19-inning marathon against the Detroit Tigers in August of 2014 – during which Ryan Goins and Nick Castellanos famously played rock, paper, scissors to pass the time – become the stuff of legend, not the subject of contempt. Further, if you forgivably find this game a slog, I'm not sure five, ten, or even thirty minutes culled from its playing time will make much of a difference to you.

I'm not suggesting that baseball should be immune to change and improvement, or that it shouldn't listen to the needs of its players, but killing something that fans either don't care that much about or passionately love, something that has the potential to enhance the drama, enjoyment, and therefore fans' willingness to come back to the park, feels like the wrong way to go.

After a long, dark winter without baseball, it's only natural to take exception to leadership that keeps proposing new and increasingly bizarre ways to condense this game, thereby giving us less of what we have been craving for months on end. And while there are plenty of reasons for new fans to fall in love with baseball – I'm more than happy to provide Mr. Manfred and his marketing team with a comprehensive list – its brevity and efficiency are not, and will never be among them. 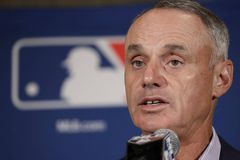 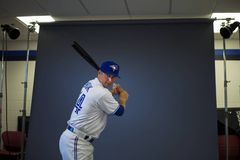 Orioles’ Davis looks past injury-laden season and beyond
February 21, 2017 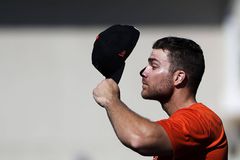