Only four months after the death of a Montreal woman following a brutal dog attack, the city has passed a controversial ban on dogs perceived to be pit bulls or pit bull crosses. Montreal Mayor Denis Coderre has argued that this has been done as a matter of "public safety."

I suppose that as a scientist I have problems when laws are passed to solve problems without reference to actual facts. It is certainly the case that the likelihood that a dog will bite differs among various dog breeds. This is been confirmed by a number of studies and surveys. For example, if we focus only on the most severe dog bites (those resulting in someone dying), the dogs generally described as pit bulls account for approximately half of these, despite the fact that such dogs only account for 1 to 2 per cent of the total population. However let us look at another important issue, namely: "Is the problem large enough to justify such severe legislation?" In Canada the rate of deaths by dog bite is only 2 to 3 individuals per year, while in the United States the annual count varies between 20 and 30. Looking at the statistics this means that you are seven times more likely to die by being struck by lightning than from a dog attack.

Let me give you another statistic. In Canada the number of people killed while riding bicycles is about 55 each year. That means that you are 18 times more likely to die in a bicycle accident than by dog bite. If the issue were simply one of public safety, you would certainly save a lot more lives by banning bicycles then by banning specific breeds of dogs. Of course the counterargument to such a ban is that bicycles are useful and bike riders have improved health due to the exercise involved. However the same argument could be made for dogs in that they have proven to be useful, and less than three years ago a task force of the American Heart Association released a report which said that ownership of a pet dog was also good for your health. The health benefits come from the fact that people who own dogs have reduced risk of cardiovascular problems, lower stress levels and improved psychological health. It thus appears that the health benefits associated with owning dogs could well offset the very low risk of a dog bite fatality.

Instituting bans on things considered to be dangerous or undesirable is an automatic, virtually knee-jerk response, of governments when there is a particularly distressing occurrence in their jurisdiction. However, once again, it would be nice if people looked at the data. A survey of 26 Canadian municipalities showed that there was no difference in the rate of dog bites between those cities which had breed-specific legislation and those which did not. Furthermore the experiences of places with breed bans has not been favourable. Both the Netherlands and Italy abandoned breed-specific legislation after it was shown that there was no overall reduction in dog bites when the laws were in effect. In the United States, six states which had such legislation have already repealed it. In Canada, both Vancouver and Edmonton have rescinded their breed-specific legislation as unworkable and unhelpful. The obvious question to ask is, "If banning specific dog breeds is a useful solution, why are such laws being revoked in so many places?"

If breed-specific bans are not effective how can we reduce the incidence of dog bites? There is some data which seems to give us an answer. A number of years ago, a survey by the American Association of Animal Hospitals showed that when a dog was put through a basic obedience class the likelihood that such a dog would be involved in a major bite incident was reduced by 89 per cent.

Here in Vancouver, over a period of about three years, I gave a one-hour bite proofing lecture and demonstration to children in the third grade in several primary schools. Young children are the targets of dog bites in nearly 60 per cent of all recorded instances. About a year later we found that the frequency of dog bites in kids who had just had that little bit of instruction had been reduced by almost 80 per cent. Such simple educational interventions seem to lower the risk of dog bite injuries without targeting any specific breed.

Based upon such data, it might be sensible for governments to require that all dogs above a certain size must receive some basic obedience instruction if they are to be allowed outside without a muzzle. If, in addition, the educational system invested the minimal amount of time needed to bite proof children, the problem could be solved. Together, these two initiatives could reduce the probability of dog bite injuries by approximately 95 per cent. Failing such actions, just based upon the statistics, wouldn't public safety be much more improved by banning bicycles rather than specific breeds of dogs? 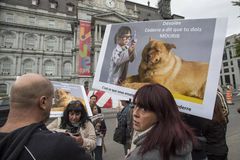 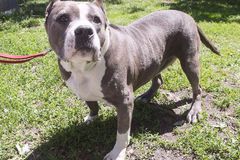