It sounds like a pet's name, but Bixi is Montreal's biggest success in the past few years. It's a sturdy, sensible, yet handsome bike that anyone can rent to travel within city limits. The Bixi (short for "bicycle" and "taxi"), which was introduced last May, is modelled on Paris's Vélib - except it's much better.

Its inventor, designer Michel Dallaire, learned from the unhappy experiences of the Vélib and devised ways to minimize the risk of vandalism and theft. The Bixi is perfectly adapted to Montreal's punishing climate. It is made of rust-proof aluminum instead of steel, and the docking stations where the bikes can be rented - by swiping a credit card or using a membership key - and deposited after use, are entirely modular. They can be mounted and removed in 20 minutes without costly alterations to the streets and sidewalks.

Mr. Dallaire, an award-winning industrial designer, made sure that both the bicycles and the stations would be aesthetical. And they are. Even although some car drivers find them intrusive, the stations fit beautifully into the urban scenery. And the Bixi is totally made-in-Quebec - the only exception being the docking stations' keyboards, which are made in Israel. The bikes were built in Chicoutimi by Devinci, and Rio Tinto Alcan provided the aluminum.

No surprise, then, that Time magazine hailed the Bixi bike-sharing system as one of the 50 top inventions of 2008, and the U.S.-based Edison Award named it the best new product in its energy and sustainability category. The little bike has already travelled quite far. Both Boston and London have already bought the system and other cities, including New York, Toronto, Seattle and Vancouver, are potential buyers.

"Bixi is arguably Canada's most visible green-technology export these days," writes Ottawa Citizen columnist Susan Riley. Not only is it "enhancing Montreal's reputation as a green, hip and design-conscious city," Ms. Riley explains, "but it is a two-wheel vindication of the much criticized 'Quebec model.' " Indeed, the whole enterprise provides a powerful counterargument to those who believe that only the free market can bring wealth and social progress, since the Bixi is a pure product of a non-profit public corporation. Mr. Dallaire receives no royalties and the supervisors of the project were Montreal civil servants. It would have been cheaper to have the Bixi built in China, but the idea was to develop local expertise.

In Montreal, there are now 5,000 bikes available from 400 docking stations and late last month hit the one-million-trips mark.

About 50 bikes were stolen or vandalized during the summer, but since then the security system has been successfully modified. There's no comparison with the Paris Vélib system: About 80 per cent of its fleet of 20,600 bicycles have been vandalized or stolen, some found in the Seine or abandoned in faraway suburbs.

Some Montrealers have complained about the cost. A subscription costs $78 a year - a year being a bit of a fiction in a city where biking is impossible during the winter. But using a credit card, one can pay $5 to rent a Bixi for 24 hours, which seems more than reasonable, the only inconvenience being that the bike must be checked in at a station every half hour to avoid paying a penalty.

All in all it's a good deal for those whose nerves are solid enough to withstand Montreal's anarchic traffic on two wheels, let alone the city's many steep slopes, which require especially strong legs.

Now, did the Bixi substantially increase the percentage of people who routinely use a bike rather than a car to go to and from work? This is doubtful, for despite the wishful thinking of the bicycle aficionados, Montreal is not about to become a North American Amsterdam.

Opinion
On the fairway of life, voyeurism sandbags a gentleman golfer
December 4, 2009

Opinion
A dose of skepticism is healthy
December 11, 2009 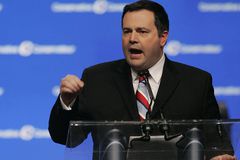 Opinion
Liberals' faint hope is that the Tories trip
November 13, 2009