Immigration Minister Jason Kenney's announcement that he's launching stakeholder consultations on Canada's immigration program presents a timely opportunity for a national conversation. How will we adapt to a century of unprecedented mobility? Will we harness migration to build a more dynamic society and economy, or will we quietly recede from the frontiers of globalization, sacrificing innovation and prosperity for a more static society?

With new policies aimed at clamping down on human smugglers and enhancing U.S.-Canada border security, many perceive that Canada's door is closing. This is false – so far. Canada accepted 17 per cent more migrants last year than in 2005. In a time of recession when other Western governments are imposing strict limits on migration, Canada admitted 50,000 more migrants in 2010 than in 2009.

Over the past 25 years, the total number of international migrants doubled to more than 200 million. We should expect that number to double again in the next two decades. The world is entering a period of hypermobility, the product of a growing supply of potential migrants from developing countries and a burgeoning demand for both low- and high-skilled workers in developed countries such as Canada. Skype, Western Union, low-cost airlines and other advances are enabling an unprecedented scale of movement.

The drivers of mobility will grow stronger in the coming decades for three reasons:

• Intercountry inequality is increasing rapidly. Millions of Europeans left for the Americas in the late 19th century to seek, among other things, wages that were two to four times higher than those at home. Today, migrants stand to earn as much as 15 times more by moving to another country to work.

• The connected processes of economic development, urbanization and population growth in developing countries are positioning more people to seek their fortunes abroad. Those with the greatest propensity to move are educated young people with access to resources and networks for migration. Climate change will also threaten rural livelihoods, pushing more people into cities and some across borders.

• Demand for migrants will increase as declining fertility and population aging create severe labour shortages, often in developed countries such as Canada. The fiscal burden of an aging population will be borne by a shrinking work force, and staff for nursing homes and retirement facilities will continue to be scarce. Just as Canadian farms rely on temporary foreign workers during harvest time, our elderly population will benefit from the care provided by new Canadians.

We should embrace higher levels of migration because it's in our national interest. High-skilled migrants innovate at a higher rate than the native-born population, and low-skilled migrants meet crucial service sector gaps. On the whole, migrants contribute more to the public purse than they receive in benefits. It's no wonder the provinces are seeking increased quotas.

We should also increase levels of migration because it can deliver far more for global prosperity than foreign aid and international trade ever will. Completely opening borders, World Bank economists predict, would produce gains as high as $39-trillion for the world economy over 25 years. These numbers compare with the $70-billion that is currently spent every year in overseas development assistance and the estimated gains of $100-billion from fully liberalizing international trade. If we want to revolutionize our foreign aid policy, we can start by giving more people a chance to work in Canada.

The debate on immigration policy is undermined in many countries by partisan agendas and dysfunctional politics. Other governments are tempted to choke off migration in the interest of short-term expediency and political gain. We must resist this trend, remembering that Canada is a society built with the ingenuity and hard work of generations of migrants.

Opinion
What kind of immigrants should Canada be selecting?
August 2, 2011 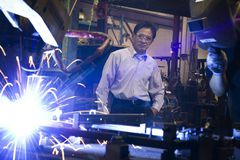 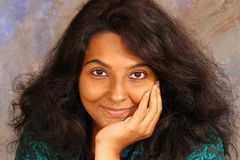 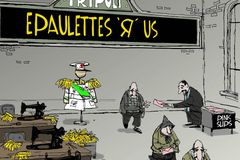 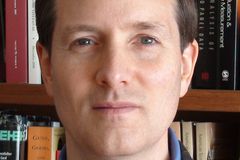