Bob Rae is the Prime Minister's special envoy to Myanmar.

I have recently returned from visiting, once again, a large Rohingya camp in Bangladesh, as well as holding discussions with senior officials in that country and in Myanmar. I also visited the town of Sittwe in central Rakhine State, and joined a helicopter tour of the north of Rakhine with a number of diplomats and UN officials. Canada's High Commissioner to Bangladesh accompanied me to Cox's Bazar and Dhaka, and Canada's ambassador to Myanmar joined me in the capital of Napyidaw, as well as in Sittwe and on the helicopter tour.

In my interim report in December, I emphasized the extent of the humanitarian crisis facing the hundreds of thousands of Rohingya refugees in Bangladesh, the deep challenges facing the Rohingya in Myanmar, the need for accountability for potential crimes against humanity, and the urgency for greater co-operation and action by all governments. In the weeks ahead, I will make recommendations of actions that Canada and others need to take. But I first want to give a clear warning about the consequences of our failure to act.

Everything I saw last week has reinforced for me each the points above. The monsoon season will hit within the next two months, and a recent report has estimated that as many as 100,000 people living in the camps in Cox's Bazar in Bangladesh could be directly affected. Flooding will also pose a threat, as water-borne diseases could become more prevalent. The international community is taking steps to act, but far more will need to be done. Bangladesh has developed strong policies to help its own population to deal with the impacts of monsoons and cyclones. Now would be the time to ensure that there is a more open, transparent and well-funded effort.

Funding is also a critical issue in the camps. The agreed but undersubscribed funding for this year concludes at the end of February, and Canada will need to respond now with clear leadership on its willingness to fund. As I reported earlier, this should take the form of more substantial core funding to cover basic infrastructure needs, as well as efforts to deal with trauma, sexual violence and the educational needs of this young population.

The agreement that has been signed by the governments of Bangladesh and Myanmar calls for the secure and voluntary return of refugees who can establish their ties to Myanmar. I was told last week that Myanmar officials hoped the process could be concluded over a two-year period. There are many questions that arise from this deal, which may well explain why there is now an apparent delay in its implementation. When travel is severely restricted in central and northern Rakhine State because of "security concerns," how does Myanmar propose to ensure safety for those who agree to return? The tens of thousands of Rohingya who remain in Rakhine are not free to travel, and are severely restricted in their ability to work, go to school and move about. Violent conflict in Sittwe in 2012 led to the establishment of a large camp of internally displaced people, which one person I met called "a big cage."

Last August, a report by Kofi Annan stressed the issues of safety, freedom of movement, the end of economic boycotts and the importance of clear paths to citizenship. The attacks of Aug. 25 came just as the report was being published, and then came the destruction of villages and the massive exodus of people that created the crisis in Cox's Bazar, and an intensification of difficulties inside Myanmar for the remaining population. However, while the building of reception and transition centres is laudable, these alone will not lead to a voluntary return to northern Rakhine. It will take a much more sustained approach on the part of the government of Myanmar, and a demonstrated willingness to take on extremist elements that are clearly opposed to the return of the Rohingya and their integration with full citizenship and human rights in Myanmar. This will not be easy, but without a new approach and attitude, repatriation on a large scale is unlikely to happen.

The unwillingness of Myanmar to allow full international access to Rakhine is also a severe challenge to any sense of confidence about security. For many months, some UN agencies, such as UNHCR, have been denied access to IDP camps. This has to change.

An aerial tour of northern Rakhine State also revealed the full extent of the destruction of the Rohingya communities. This tour took place at the same time as there were further revelations about the execution of Rohingya men, which Myanmar has promised to investigate. So far, the processes used by the government have not been independent. The rule of law requires that investigations of this kind be carried out by agencies that are beyond the control of the military, and can to carry out their work free of any political or other interference. This basic standard is still not being met, and the jailing of two Reuters journalists for exposing these executions cannot be justified.

Finally, I am strongly of the view that there has to be far better co-ordination of international efforts to deal with this crisis. Canada needs to do whatever it can to ensure a strong, common approach to all aspects: camp conditions in Bangladesh, the difficult situation in Myanmar itself and the need to deal with those responsible for crimes against humanity.

There is an urgency to the crisis that will not go away. Sustained, principled engagement is the order of the day, and there needs to be a fuller appreciation of the risks of failure to engage on the three fronts I described. More lives will be lost if we fail this challenge.

Opinion
Mr. Trudeau, strong words and money will not save the Rohingya – it’s time for Canada to act
January 18, 2018 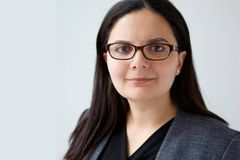 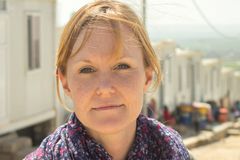 Opinion
When will Myanmar’s own Mladic be brought to justice?
November 23, 2017 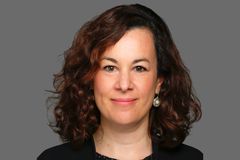