Henry Morgentaler performed his first abortion in 1968, on the daughter of a family friend. She was probably a lot like me. I turned 18 that year. Like many other young women, I lived in constant fear of an unintended pregnancy. At the very least, it would mean shame and humiliation. At worst, it would mean a furtive trip to some back-alley doctor with a wallet full of cash.

That's the way it was back then. Some hospitals had entire wards designed for women who'd had botched abortions. A legal abortion could be obtained only at certain hospitals, and only with the consent of a three-man (they were almost all men) committee, on the grounds of medical necessity. Toronto General Hospital got 75 requests a day and performed six abortions a week.

I was careful. But I would often check the calendar and worry that I hadn't been careful enough.

It took another 20 years for the Supreme Court to strike down the old abortion law. By then, Dr. Morgentaler was a hero – or the Antichrist, depending on which side you were on. I had mixed feelings about him. As much as I admired his tireless fight, I didn't like the worshipful treatment he got from the women's movement.

Dr. Morgentaler was a flawed candidate for sainthood – a relentless womanizer, a bad husband (the first two times, at least), and a self-aggrandizing egotist who loved being recognized in public. Despite the risks he ran, he received far more adulation than death threats. He hounded the women's movement for money to fight his legal battles, while making frequent trips to Club Med to battle "stress," according to biographer Catherine Dunphy. When the Supreme Court struck down the abortion law in 1988, he spoke into his tape recorder and bragged, "Imagine, single-handedly almost, I abolished a restrictive, cruel, barbarous law."

He gave himself too much credit – times had changed everywhere. Roe v. Wade was already 15 years old and most of the public had come to believe that the state shouldn't interfere in people's private lives. That same belief in personal autonomy led to the gradual acceptance of gay rights and gay marriage.

Today in Canada, the abortion debate lives on, but as a shadow of its former self. A noisy minority are troubled by the fact that Canada, almost alone in the world, has no abortion law at all. They are alarmed that this vacuum leaves room for ethical atrocities. In fact, such atrocities ("partial-birth abortion" is the most gruesome example) are almost wholly figments of their fevered imagination – rarely, if ever, performed in this country. Ready access to abortion means that the vast majority of procedures are performed early in pregnancy.

Unfortunately, the pro-choice lobby is equally dogmatic, warning that any effort to address genuine ethical issues (sex-selective abortion comes to mind) is the thin edge of the wedge to repeal women's rights and send them back to the back-alley butchers of yesteryear.

Sometimes, the best law is no law at all. Any effort to craft a law would be brutally divisive and almost certainly doomed by the absolutists on both sides. In the war between people wielding giant coathangers and the people wielding giant images of mangled fetuses, there is no room for compromise.

Fortunately, most people aren't absolutists. A recent Angus Reid poll found that 35 per cent of Canadians think there should be no restrictions on a woman's access to abortion. Only 5 per cent said it should be illegal. The rest favoured some form of restrictions. Even so, most people – including 55 per cent of Conservatives – said there is no point in reopening the debate. "Canadians have mixed feelings about abortion but the attitude is: 'Let sleeping dogs lie,' " Angus Reid's Mario Canseco told the Globe.

I suppose the abortion debate will always be a part of the culture wars. Dr. Morgentaler was a major figure in that fight, and he deserves our gratitude for that. He helped to liberate generations of young women from anxiety, fear and worse. But fame is fleeting and memories are short. In a poll taken in 2004, just 16 years after the abortion law was overturned, three out of four women between the ages of 18 and 34 said they didn't know who he was. 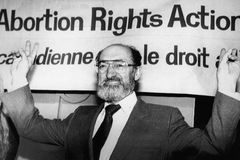 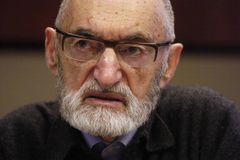 'We'll never forget the fight': Paying tribute to Dr. Henry Morgentaler
May 29, 2013
Follow us on Twitter @globedebate Opens in a new window
Report an error Editorial code of conduct
Due to technical reasons, we have temporarily removed commenting from our articles. We hope to have this fixed soon. Thank you for your patience. If you are looking to give feedback on our new site, please send it along to feedback@globeandmail.com. If you want to write a letter to the editor, please forward to letters@globeandmail.com.
Comments are closed