Now that the Bernie Sanders love-in is over, let's sit back, light up a (metaphorical) smoke and ponder what it all means.

There is nothing like looking south to make Canadians feel good about their health system, and in his speech at the University of Toronto on Sunday, the silver-tongued U.S. senator made us feel good indeed.

The United States, he reminded a rapt audience, spends almost twice as much per capita on health care as Canada – $9,892 (U.S.) versus $5,773, according to the latest figures from the Organization for Economic Co-operation and Development.

The richest country on Earth also has 28 million citizens with no health coverage, and that could rise to 60 million if the Trump Republicans manage to gut Obamacare. Not to mention the tens of millions more who are underinsured, so they can't afford doctors' visits, prescription drugs and can be easily bankrupted by hospital care.

"How is it that you can provide health care to every man, woman and child, and you do it at 50 per cent of the cost of the U.S.?" Mr. Sanders asked.

The simple answer to that rhetorical question is that Canada has a universal health-care system and that is far more efficient than the dysfunctional U.S. non-system.

Mr. Sanders, the runner-up to Hillary Clinton in the race to be the Democratic presidential candidate last year, is promoting a "Medicare for All" plan, and a Canadian backdrop is perfect for doing so.

Before his talk, the politician toured a trio of hospitals in downtown Toronto – Women's College Hospital, Mount Sinai Hospital and the Peter Munk Cardiac Centre based out of Toronto General Hospital – and dutifully noted that the care is superb and that, unlike comparable U.S. institutions, they have minuscule billing offices.

These are, arguably, three of the best health-care facilities in the country – state-of-the-art, innovative and largely free of pesky things like patients enduring long waits and hallway medicine – and their selection typified the through-rose-coloured-glasses nature of the whole show.

When you stray a bit outside downtown Toronto, the inadequacies become a lot more glaring and real, and quickly.

What was most surprising about Bernie Sanders's Canadian visit is that he actually said very little about his own "Canadian-style" plan.

Instead he contented himself with praising Tommy Douglas (and every time his name was mentioned, the crowd cheered wildly) and denouncing the "intentional lies and distortions" about Canadian health care that are commonplace in U.S. political circles.

In doing so, however, Mr. Sanders glossed over some of the obvious shortcomings of the Canadian system, such as wait times, overcrowding and the challenges of delivering care outside big urban centres, issuing only mild rebukes over Canada's lack of universal pharmacare and dental coverage.

Perhaps Mr. Sanders was just being a polite visitor, but we would have all benefited from a more robust discussion of the "Medicare for All" plan, because it is, in fact, far more comprehensive than what exists in Canada currently.

While the cautions that "no country in the world has all the answers" and "Canada is not perfect" were repeated often, the discussion would have been more useful had it moved beyond the simple (and often simplistic) Canada-U.S. contrast.

In many ways, it's unfortunate that Mr. Sanders's visit, which was sponsored by the Broadbent Institute, was billed as a health-care-related event, because he said nothing about the U.S. or Canadian health-care systems that we haven't heard a million times before.

But he did offer some searing political commentary and, in passing, point out why Canadians have better health outcomes than Americans – because of our values, as expressed through laws mandating maternity leave, minimum wage and environmental protections, and social-welfare programs like daycare, public education and subsidized housing, in addition to medicare.

Mr. Sanders also spoke powerfully and eloquently about the harms wrought by inequality and of health care as a human right.

Those are the kind of conversations we really need to have in Canada – moving beyond the morass of technology, medicine and money, and talking about the values and vision required to build a healthy, just society.

Mr. Sanders's admonition that Canadians need to be louder and more demanding is also a good one. We should insist on a better health system for all – one that is just, accessible, affordable and offers high-quality care – and not simply settle for a health system better than that of the United States. 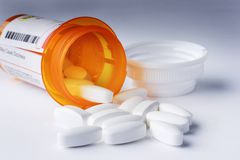