Ratko Mladic is an easy man to hate. In his prime, he not only talked and behaved like a thug, but he also looked like one - the kind of bull-necked, pale-eyed, snarling psychopath who would gladly pull out your fingernails just for fun. Apart from many other cruelties, the Butcher of Bosnia was responsible, in the summer of 1995, for the killing of about 8,000 unarmed Bosnian Muslim men and boys in the woods around Srebrenica.

So it will give most of us a feeling of warm satisfaction that he has finally been arrested in the Serbian village of Lazarevo. Serbia has gained respect by arresting Mr. Mladic, which should speed up its membership in the European Union. The former victims of General Mladic's Bosnian Serb forces will feel that some justice is being done at last.

Yet the general's forthcoming trial raises certain uncomfortable questions. Why, in the first place, can't he be put on trial in Belgrade, instead of The Hague? And is it really wise to charge him with genocide, as well as crimes against humanity and war crimes?

Both questions reveal how much we still live in the shadow of the Nuremberg Tribunal, where Nazi leaders were tried by an international judicial panel. It was believed, perhaps correctly, that the Germans would be incapable of trying their own former leaders. And Nazi crimes had been so horrendous in scale and intent that new laws - "crimes against humanity" - had to be created to try those who had been formally responsible for them. States, too, should be held accountable for their deeds - hence, in 1948, the Convention on the Prevention and Punishment of the Crime of Genocide.

The Holocaust was not the main issue at stake in the Nuremberg Trials. Nevertheless, the allies thought that the Nazi project of exterminating an entire people called for an entirely new legal approach, to ensure that such an atrocity would never happen again.

The problem with genocide, as a legal concept, is that it is vague. It refers to "acts committed with intent to destroy, in whole or in part, a national, ethnical, racial or religious group." The emphasis is on "intent," not on the numbers of people whose lives are destroyed. Mao Zedong murdered up to 40 million Chinese, but did he intend to destroy them as a group? Surely not. We know that Hitler did intend to destroy every last Jewish man, woman and child. Even though mass killings are not rare in history, Hitler's extermination plan was, if not unique, certainly highly unusual.

However, the laudable effort to prevent such a thing from recurring has had unfortunate consequences. For, in our zeal to learn lessons from history, we often learn the wrong ones, or distort history toward dubious ends.

In a way, the killings at Srebrenica also were affected by the memories of the Second World War. The Dutch United Nations battalion promised to protect the Muslims there, even though it was in no position to do so. It was a promise that partly reflected the feeling of guilt that still haunts the Dutch for looking the other way as the Germans rounded up and deported two-thirds of their country's Jewish population to death camps. This time, it would be different. This time, they would act. Alas, outnumbered and outgunned by Gen. Mladic's forces, the Dutch surrendered Srebrenica to its fate.

Because of the trauma of Hitler's intention to murder all of the Jews, genocide has become the one compelling reason for military action, including armed invasion of other countries. But what constitutes genocide? Bernard Kouchner, the founder of Doctors Without Borders, wanted the world to intervene in Nigeria in 1970, because he saw the killing of Ibos by Nigerian troops as a genocidal echo of Auschwitz. Others saw a brutal civil war, and cautioned that intervention would make things worse.

For some, we are forever living in 1938, or rather, 1942, when the Nazis approved what Hitler called "the final solution of the Jewish question." Former U.S. president George W. Bush and his cheerleaders, invoking the Munich Agreement at every opportunity, regarded the terrorist attacks of Sept. 11, 2001, as a call to arms. Saddam Hussein was Hitler, so we had to send in the troops. We should stop Sudan's Omar al-Bashir's genocide in Darfur. We must stop Moammar Gadhafi from committing mass murder in Benghazi. And so on.

Sometimes, intervention can save lives. But wars often beget more wars, or longer ones. Military action can cause more violence and more civilian deaths. This is especially true of intervention in civil wars, where the sides cannot easily be divided into victims and aggressors, good and evil.

Of course, the world becomes much simpler if we choose to see it in black and white. And the Mladic trial will, no doubt, encourage this perception. The general will be tried for genocide, because the UN's tribunal for ex-Yugoslavia and the International Court of Justice decided that the Bosnian Serbs were genocidal. Since his subordinate, Radislav Krstic, was already sentenced for his complicity in the genocide at Srebrenica, Gen. Mladic will presumably be convicted.

We need not feel sorry for him. Few doubt that he is guilty of serious war crimes. And a trial, however unsatisfactory, is in most cases still to be preferred to an assassination. But trying him for genocide, even though it will be hard to prove that he ever intended to exterminate Bosnian Muslims as a group, just because they were Muslims, will further muddy the term's already vague definition.

Ethnic cleansing, while reprehensible, is not the same as genocide. Loose definitions will encourage more military interventions, thus more wars. By invoking Hitler's ghost too often, we trivialize the enormity of what he actually did.

Ian Buruma is professor of democracy and human rights at Bard College in Annandale-on-Hudson, N.Y.

Opinion
Mladic's extradition is a triumph for accountability
June 2, 2011 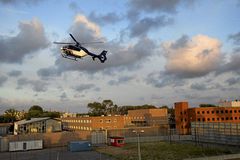 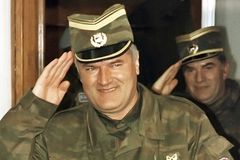 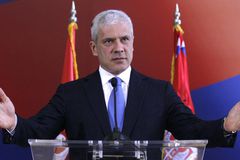