Twenty-four hours before he departs for Toronto, it occurs belatedly to Glenn Greenwald that he is going to Canada, and thus that he is most likely going to need to be gracious – or at least polite – to Michael Hayden, the retired U.S. general who once ran the CIA and was a key architect of the U.S National Security Agency.

It is not a happy realization.

"I consider him and Alan Dershowitz" – the two men Mr. Greenwald, 47, will face at Friday's Munk Debates – "two of the most pernicious human beings on the planet. I find them morally offensive. There's an element of hypocrisy to being in the same room with them, treating them as if I have outward respect, because I don't."

That sort of view can make it hard to be polite.

All of this is delivered in standard Greenwald style, eloquently, without hesitation, and so rapidly the words seem to ricochet as he speaks.

When he was invited to the debate – where he will be partnered with Alexis Ohanian, a young American Internet tycoon who rallied public opposition to government attempts to regulate the Internet – Mr. Greenwald accepted quickly, hungry for the chance to face off against Gen. Hayden. He did not immediately, however, consider the social niceties that a formal debate might require.

He ponders this briefly, then shrugs: Glenn Greenwald doesn't really have a non-combative mode, not these days, maybe not ever – so he's not going to waste time worrying about it.

Mr. Greenwald, of course, is a former litigator turned political blogger from the U.S. who was living a fairly quiet life in Rio de Janeiro until early last year, when he received a series of polite e-mails from a former National Security Agency contractor named Edward Snowden.

So polite, in fact, that the busy Mr. Greenwald ignored them, and only eventually found his way into what he calls "the biggest story in the world" when his friend, the documentary filmmaker Laura Poitras, who was already corresponding with Mr. Snowden, told him he had to take a second look.

"We joke about it now," Mr. Greenwald says; in their late-night Internet chats, Mr. Snowden will remind him he was "too busy" to download basic encryption software and read his e-mail, Mr. Greenwald counters that Mr. Snowden might consider upping his usual unruffled demeanour with a few superlatives.

Soon the three of them were holed up in a Hong Kong hotel room poring over tens of thousands of documents that revealed what Mr. Greenwald calls the "oppressive surveillance state" built by the U.S. government since Sept. 11 – including the revelation that the U.S. government was monitoring phone and e-mail conversations of citizens with no relation to any suspicious activity.

Those documents led to a series of exposés in The Guardian newspaper, for which Mr. Greenwald and Ms. Poitras received the Pulitzer Prize earlier this month. The Washington Post shared the prize with The Guardian. (Mr. Snowden now lives in murky limbo in Russia, charged by the U.S. with espionage and theft of government records.)

And that was the end of Mr. Greenwald's obscure idyll in Rio – where he shares an airy house in the rainforest with his long-time partner, a 28-year-old Brazilian named David Miranda, and the 12 stray dogs they have adopted.

In a beachfront bar not far from his home, Mr. Greenwald sips red wine, puffy bags beneath his eyes – he and Mr. Miranda have just returned from a Caribbean holiday, but the sensation of stopping work has made him realize just how worn out he is. In the past 10 months, he has broken stories in Brazilian, British and U.S. media, done countless media interviews, blogged incessantly, written a book (No Place to Hide is a top seller on Amazon this week even though it won't be published for two weeks) and, oh yes, started a brand new media organization.

Mr. Greenwald says he, Ms. Poitras and journalist Jeremy Scahill were already discussing forming their own independent media firm when they were approached by eBay founder Pierre Omidyar, offering to bankroll them; he put up $250-million to form First Look Media. Their arm of this new company is a digital magazine called The Intercept.

Mr. Greenwald is uncharacteristically vague when he talks about how the publication will work, and says that at present they are "revamping" while they try to figure it out what exactly it will be, beyond a place to publish further stories based on the Snowden archive.

As a young man, Mr. Greenwald made use of the earliest chat rooms and vehicles on the Internet that allowed connection and debate with strangers. The experience shaped his belief in the importance of privacy. And it is that, he says, which ordinary Americans – and Canadians – must realize is under threat; they don't have to be working with al-Qaeda to be losing something precious under the system Gen. Hayden endorses, he says.

"People put locks on their bedroom and bathroom doors and passwords on their e-mail and social media accounts and they adopt pseudonyms for online activity and they do things in private like sing songs and say things that they wouldn't do if people are watching, and that's because privacy is where we get to experiment with who we are as human beings. That's essentially the realm in which freedom and creativity and exploration and dissent reside … when you are always being watched, the range of options that you have as a human being significantly diminishes because you will only then do things that you think other people will approve of.

"That's the purpose of a surveillance state, to keep people in line by communicating to them that 'anything you do at any moment is susceptible to being monitored' and therefore your choices should be confined to only those things society would want you to do … The freedom that we have as human beings is obliterated when we live in a world where we are constantly monitored or can be monitored."

Mr. Greenwald's trip home to receive the George Polk Award (during which time the Pulitzer announcement was made) was the first time he has set foot in the United States since the Snowden saga began, and neither he, Ms. Poitras, or Mr. Miranda (who last year was detained by U.K. authorities at Heathrow Airport for 11 hours and had his laptop and other electronics seized) made the trip lightly. They knew they would be met by television crews at the airport, that scrutiny would be high, that President Barack Obama's administration was unlikely to want the embarrassment of arresting journalists on their way to pick up a Pulitzer for exposing government deception – but that also, many senior U.S. officials are desperate to see their activities curtailed. It was, Mr. Greenwald says, a gamble on which side predominates in Washington.

"The U.S. government does seemingly counter-productive things all the time and have proven over and over that they don't actually care – I mean, Guantanamo is still open," he says with the dark, staccato chuckle that punctuates much of what he says. "We all sat down and had an explicit conversation about what would happen if it went wrong: guessing wrong means they meet you at the plane, they ask for your passport, they take you into custody, they put metal handcuffs on your wrists behind your back, they put you in an FBI car and put you in a cage in a courthouse [for what] theoretically could be years or decades. That's guessing wrong."

The trip went off without incident. But while life in Brazil is "nirvana," he was determined to go home. "It was this psychological limit, the resentment, feeling that I had been limited in some way for no valid reason."

Mr. Greenwald says his Toronto debate opponents, Mr. Dershowitz and Gen. Hayden, have both suggested that they believe he belongs in jail, alongside Mr. Snowden. It should make for some frostiness this weekend, and Mr. Greenwald shakes his head a bit at what his life has become.

Not long ago, he told Ms. Poitras he was looking forward to things getting "back to normal."

"She said, 'Honey, I think that ship has sailed.'"

"Be it resolved state surveillance is a legitimate defence of our freedoms." Watch the Munk Debate live online, starting at 7 p.m. ET tonight.

In favour: Michael Hayden's partner in the debate is Alan Dershowitz, a Harvard law professor and civil liberties lawyer.

Opposed: Glenn Greenwald will be debating with Alexis Ohanian, the co-founder of reddit.

(Editor's note: A previous version of this story incorrectly stated that Mr. Snowden had been charged with treason; in fact, he is charged with espionage and theft of government records.) 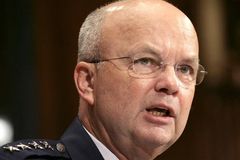 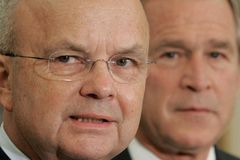