Michelle Walrond is an Ottawa resident.

Two days after Corporal Nathan Cirillo was murdered, a man berated an Ottawa imam at the end of a Friday sermon for condemning the killings of two Canadian soldiers and not declaring the killers as heroes. He was arrested the next day by Ottawa police on unrelated charges.

That man is my son. He has been radicalized.

It began in 1997, when he was 20 years old. He came to Ottawa and found friendship, financial help and a new interpretation of Islam among a group of ultraconservative men known as Wahhabis or Salafis.

They provided him with religious licence to follow his desires, permission to ignore inconvenient facts and common sense, and the right to judge others.

Even though he had been raised in a Muslim household, they considered him a convert, since they regarded everything I taught him about Islam as incorrect.

I am a Muslim convert. I started studying Islam in 1968 and embraced the faith in 1972. There were few foreign-born Muslims in North America back then to impose their influence on us. We learned Islam from books, written by various authors from many different countries, with diverse points of view.

Basically, we practised Islam as we had practised Christianity – peacefully.

Our imams initially received support from Saudi Arabia in the 1960s and early 1970s, but when subsequent funding came with strings attached, most community leaders cut overseas ties with the Wahhabis. As African-Americans, we found them racist, xenophobic and doctrinaire. The Islam they promoted was not practical or respectful of our indigenous American Muslim culture, which lent a beneficial influence to the communities in which we were established.

Over the past 40 years, I have observed two parallel versions of Islam develop in North America: one integrated into society, nearly invisible, without overseas financing, and scorned by more recent, Salafi-influenced immigrant Muslims. The second, a foreign-born, Saudi-financed version that crept in during the 1980s, gained prominence in the 1990s and attempted to rebrand itself after 9/11. In the 1990s, when my son was being indoctrinated, they preached aggressively and openly. Now, they let the Internet do most of their dirty work and try to pass themselves off as moderates.

The litmus test of whether or not a Muslim teacher, leader or imam is an undercover extremist is to ask whether they think Islam allows them to impose sharia on non-Muslims, or whether they consider the Islamic State or al-Qaeda to represent Islamic values. Ask their opinion of the teachings of Ibn Taymiyyah and Mohammad Abdul Wahhab. There are no other teachings prevalent among Muslims that promulgate extremism and the use of religion for political means other than the teachings of those two historical figures.

My son embraced the harsh, isolating view of the Wahhabis. He was encouraged to reject any information from non-Saudi sources. He scorned moderate imams and his parents. He learned to speak Arabic, read the Koran and form his own legal rulings. But since he'd never lived under a totalitarian regime, he broadcast their teachings openly. You mix a few ounces of religious fervour with a pound of a dogmatic, irrational ideology and you end up with extremists and terrorists. That's the concoction ultraconservatism offers. His teachers and friends criticized him and withdrew. Now they claim they don't know him.

They offer no guidance to men who take Wahhabism to its inevitable extreme. There is no authority among them who can rein in people who let their emotions or lusts inform their religion. No one among them takes responsibility for what they teach. If a follower becomes mentally ill, he will be scorned, perhaps accused of demonic possession.

Wahhabism or Salafism is the same Dr. Frankenstein that created the monstrous Islamic State, Boko Haram and al-Qaeda. It's a politically motivated, pseudo-religious cult designed to extinguish the free-thinking liberality of moderate, traditional Islam. Salafism, fed by petro-dollars, teaches political obedience to Muslim rulers as a religious obligation.

Wahhabism is one of the vehicles by which ignorance is spread. Ignorance of Islamic history, Islamic law and modern politics fuel that vehicle. Ignorance should not be spread by religious leaders.

Here in Canada, religious teachers should be held responsible for what they teach and how their students interpret their teachings, especially when those teachings have led to the kind of chaos, strife and destruction Wahhabism has caused. Men like my son have taken sail on the ship of ultraconservatism, and his mentors have abandoned him and set him adrift. He was not a radical until he was radicalized. 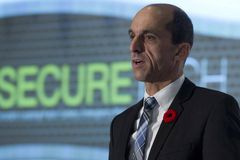 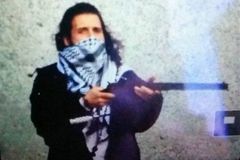