Rowena Xiaoqing He teaches a course called "Tiananmen in History and Memory" at Harvard University. She is the author of Tiananmen Exiles: Voices of the Struggle for Democracy in China.

"If today I can remain silent when watching someone close to me being slaughtered," Beijing Film Academy professor Hao Jian said to me in 2012, "and then the next day, I give a beggar some rice to eat, who am I?"

Hao Jian, along with four other liberal intellectuals, have been detained since May 4 after attending a private symposium commemorating the 25th anniversary of Tiananmen.

His cousin, Hao Zhijing, a Central Academy of Sciences researcher, was shot and killed on June 3, 1989, when more than 200,000 army soldiers, equipped with AK-47s and tanks, were deployed against unarmed civilians.

His cousin had been one of millions of people who had filled the streets all over China in the spring of 1989 demanding political reforms. The movement, highlighted by the college students' hunger strike in Tiananmen Square, ended with the People's Liberation Army firing on its own people before the gaze of the entire world.

When the Tiananmen movement erupted, I was a high-school girl in the southern part of China who had no interest in politics. I dreamed of being a singer. When I told my father that I wanted to join the protests, I didn't know what response to expect. Intellectuals of his generation knew first-hand the cruelty of the Communist Party and generally tried to stay clear of politics. But he gave his approval without hesitation. "At last China has hope," he said.

On June 4 that year, my father resumed smoking, a habit he had quit more than a decade earlier. One of his friends wrote three poems to express his anger and sent them to a Hong Kong newspaper. The mail was confiscated and the man sentenced to three years in prison. My father started to burn his writings and urged me to burn my diaries.

For a short period of time, I argued with school friends who believed the massacre was just a story made up by the Americans, as we were told in school and by the official media. But I soon started reciting the official line about "a counterrevolutionary riot." I didn't want to be expelled or imprisoned. At 17, I learned to lie to survive.

In the early 1990s, my close friends and I would secretly gather each year on June 3 to light a candle in memory of the dead. One year, my friend Y, who had become a university faculty member, put up a poster before the anniversary asking people to never forget the massacre. He was detained. "Next time, it would be more serious," he was told while being released. A friend of mine who had admired Y for a long time said to me: "I don't think my parents would think it is a good idea to date him."

"In a time without heroes, I just want to be a human being," wrote poet Bei Dao, who was exiled after 1989. In post-Tiananmen China, though, even that was politically risky. Although the love of our country brought me and many other young people into the streets in early 1989, we learned that we could no longer afford that luxury, either. We could only love money: Try to get rich whatever way you want, Deng Xiaoping's government told us, but stay away from politics.

Citizens learn their responsibility for their country's future by debating the moral meaning of history. While memory can be manipulated and voices silenced, repression of memory and history is always accompanied by political, social and psychological distortions. Deng's policies have led to a booming economy, higher living standards and China's more prominent place in the world. But they have also engendered enormous wealth inequality, persistent environmental problems, profound popular cynicism and erosion of public trust, massive expenditure on "stability maintenance," and new signs of belligerence accompanying China's international rise.

On the surface, Tiananmen seems to be remote and irrelevant to today's reality, but at every anniversary, the government clamps down with intense security and meticulous surveillance. The detention of Hao Jian is just another reminder that Tiananmen did not end in 1989.

Despite repeated repression, the past quarter-century has witnessed a war of memory against forgetting, a struggle between the power and the powerless. Many rights activists, both inside and outside China, including those who are imprisoned and those who are quietly working on NGO projects, are veterans of the Tiananmen movement. They were not high-profile leaders in 1989, but those days have changed their life trajectories profoundly.

Yet, without essential elements such as free speech, free press and free access of information, the development of a Chinese civil society will continue to face many obstacles. It's time to break the vicious cycle, to recover memory and history that will allow individuals to re-enter the public sphere, both psychologically and politically.

The Harvard-Yenching Library keeps a Tiananmen archive with 28 boxes of artifacts from the Tiananmen movement, including a pair of pants stained with blood. The pants were kept in an old plastic bag, with a handwritten note explaining that the blood was from a graduate student at Beijing University who was shot at Mu Xidi.

My students often ask whether the wounded student survived. I don't know. I only know that the person who smuggled the pants out ran a great risk while hoping to keep the truth alive so that the blood of the Chinese people would not have been shed in vain.

Back in 1989, when my father told me to burn my diaries, I knew I should do as he said, but I couldn't. Instead, I buried them deep in the bottom of my drawer and moved on with life. I had never thought that one day I would leave my well-paid job in China with nothing but two suitcases, and would take out student loans to study Tiananmen in Canada. I would have never thought that I would eventually write a book about it and teach a course at Harvard.

My diaries are safe with me now. One entry from June, 1989, says: "Lies written in ink cannot cover truth written with blood." I know that there are millions of diaries like mine hidden all over China, and their owners are waiting to bring them into the light. 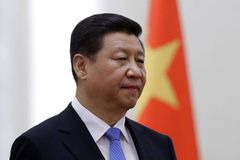 Opinion
The Sino-Russian pact is no death knell for LNG in Canada
May 27, 2014 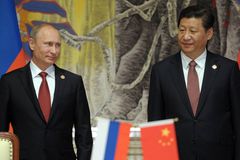