In the midst of the Libyan rebellion of 2011, foreign affairs minister John Baird dropped into Benghazi. Fired up to support the foes of Libyan dictator Moammar Gadhafi, the Harper government and other NATO countries, notably France and Britain, were bombing positions across Libya.

Mr. Baird proudly signed a bomb destined for release by a Canadian plane. "Free Libya. Democracy," he wrote. The minister then declared, after his lightning visit, "The one thing we can say categorically is that they [the rebels] wouldn't be any worse than Col. Gadhafi."

On another sortie to Libya, Mr. Baird promised $10-million to support the transition to democracy. He brought along representatives of three Canadian companies eager to do business in the new, post-Gadhafi Libya: SNC-Lavalin, Suncor and Pure Technologies. Those who support Mr. Gadhafi were guilty of "appeasement," declared the minister who, like his Prime Minister, favoured Second World War analogies.

Less than four years later, Libya is a violent, scary, utterly failed state whose chaos has invited in supporters of the Islamic State (IS). True to their grisly beliefs, and displaying again their sure sense of social media, they just beheaded Christians and bragged about it. This outrage, in turn, brought the Egyptian air force into the mayhem to drop bombs in retaliation.

IS makes headlines, and because we are fighting them in Iraq they are therefore our enemies, but IS is far from being Libya's biggest and most dangerous force. Long before IS supporters arrived – indeed not long after Mr. Gadhafi was ousted by local rebels and NATO bombs – Libya began descending into intense internecine warfare.

Berbers, Bedouins, tribes from the coast, tribes from the south, tribes from the mountains, Islamic extremists of every hue, drug barons, warlords, Gadhafi holdovers, gangs and thugs, militias and a few democrats now fight with each other, because the whole complex religious and social edifice of Libya imploded once Mr. Gadhafi left.

There are no Canadian reporters in the country we contributed to remaking, so we have to rely on reports from others. There have been many reports for those with a taste for reading about violence and chaos, one of the best being by Nicolas Pelham in a recent New York Review of Books. Writes Mr. Pelham, in one of his many telling observations, once Mr. Gadhafi fell, "Libya's new power brokers revived and inflamed ancient grievances to consolidate their hold."

Refineries have been blown up. The central bank has been robbed. Violence occurs every night in Tripoli. Militias fight it out within cities and attack across regions. There is no functioning national government, except in name. Islamic forces impose sharia law where they can, often with brutal force. One umbrella group, based in Tripoli, calls itself Libya Dawn; the other, based in and around Benghazi calls itself Dignity. They have nothing in common except a hatred for the other.

All that malarkey about democracy. All that guff about an orderly transition to a post-Gadhafi Libya. All that nonsense from Mr. Baird and so many others, including Canada's opposition parties that twice acquiesced in parliamentary resolutions to extend the bombing missions without anyone asking questions: Okay, what next?

What began as a humanitarian mission to protect civilians with bombs against the regime morphed, as it had to morph, into a full-scale campaign for regime change, which is what we got all right, except that there is no regime.

Canada and its government didn't know squat about Libya, except that a mercurial and sometimes malevolent man who dressed funny (by our standards) and made people read his crazy Green Book of collected sayings ran the place and was cruel to anyone who threatened his regime. His son looked set to replace him at some point.

Right now, and for the foreseeable future, Canada and its bombing partners won't have a clue what to do with the mess they contributed to making, a mess that is going to get worse, because the total breakdown of national order is beckoning those who feast on chaos. 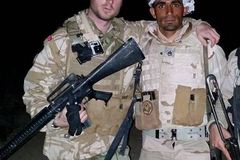