The Church of the Holy Spirit, like so many of its Quebec sisters, is a breathtaking building that utterly dominates a transitioning Montreal avenue where the dollar stores are being squeezed out by upscale bistros. The church is an art-deco wonder that draws architecture buffs from afar. They marvel at its sleek stone façade and chiselled saints in relief.

Too bad the church is also slowly crumbling. Inside, where fewer than a hundred are gathered for Sunday mass in a space that would easily hold nine times as many, signs all around warn of falling plaster. The majestic Casavant organ was nearly ruined last year, when the ceiling above it gave way. Only a fraction of its stops are working, but the church has no money to properly repair the organ or the rest of the decaying edifice.

"We perform miracles with very little," Rev. Pierre Rivard, the parish priest, says without a hint of irony. He estimates that about 5 per cent of his dwindling parishioners are under 60. Those on fixed incomes do their part, subtly slipping their loonies and toonies into the collection basket. But their generosity doesn't even cover the heating costs in winter.

The provincial government has a modest "religious heritage" fund that pays up to two-thirds of older churches' eligible renovation costs. But the approval process is long and the competition for scarce dollars intense. When and if the money comes, it won't be nearly enough to restore Holy Spirit to its rightful glory.

Such is the lot of Quebec's Catholic churches these days. With the exception of the tourist traps - such as Old Montreal's Notre-Dame Basilica, which now charges admission - most of the province's majestic places of worship are now facing the dire physical consequences of Quebeckers' abandonment of organized religion since the Quiet Revolution.

Their forebears sacrificed what little they had - they had no choice, since it was forcibly extracted in the form of a tithe legalized in the Quebec Act of 1774 - to adorn Quebec with the biggest, most ornate parishes in the New World. But when baby boomers rebelled against the Church's repression and hypocrisy, against the tedious, ritualistic lives and fearful piety of their parents, they didn't ruminate.

Church attendance, which stood at more than 90 per cent before 1960, didn't so much collapse as vaporize - at least among those born after 1945. "At a precise moment, during the year 1966 in fact, the churches suddenly emptied in a matter of months. A strange phenomenon that no one has ever been able to explain," Father Leclerc, the priest in Denys Arcand's Barbarian Invasions , tells a French appraiser to whom he is trying to peddle church artifacts. The appraiser declares them commercially worthless, of value only to Quebeckers' collective memory.

Mr. Arcand overstates, for dramatic effect, the rapidity with which the pews were vacated. A sizable cohort of pre-boomers continued to attend mass regularly. But as they die off, the crisis in Quebec's churches intensifies. Unlike elsewhere in Canada, immigration has not provided the Catholic Church in Quebec with an infusion of new disciples. Holy Spirit is now home to the members of two neighbouring parishes whose churches were recently sold by the diocese. They were bought by evangelical Baptist congregations, whose members are largely Haitian immigrants.

According to a 2008 Léger Marketing poll, the proportion of Quebec's nearly six million Catholics who attend mass weekly now stands at 6 per cent, the lowest of any Western society. But therein lies the paradox. That more than 80 per cent of Quebeckers still declare themselves Catholics, according to the 2001 census, the most recent to survey religious affiliation, suggests an attachment to the faith. If not a spiritual one, at least a cultural one.

How could it be otherwise? The Church so dominated the lives of Quebeckers for more than three centuries that Catholicism became as important a cultural marker for them as language. Municipalities are still widely referred to as paroisses (parishes), and there isn't a Québécois swear word worth its weight in shock value that isn't also an object used in the Catholic mass. Every saint, no matter how obscure, has a village or street named for him or her, from Cléophas to Tharcisius. The national holiday is officially known as la Fête nationale , but only bureaucrats, TV announcers and politicians call it that. To everyone else, it's still la Saint-Jean Baptiste .

On this particular Sunday, Father Rivard has four baptisms to perform. Most of the parents, he tells me, aren't married and don't attend church regularly. That is the norm in today's Quebec. It's estimated that more than half of the more than 80,000 children born in the province each year are baptized. Like their non-practising parents, they will grow up to become, as Father Rivard likes to call them, "baptized pagans," wholly ignorant of the significance of the sacraments they've received.

In pre-Quiet Revolution Quebec, failure to learn one's catechism by heart would earn you a smack from the nuns who ran the schools. But the generations that have grown up since, almost all of whom attended catechism class, haven't retained much at all. A poll conducted last year for Radio-Canada, for instance, showed that only 11 per cent of Quebeckers could name the four Evangelists. Smack.

Quebeckers, it seems, are Catholic in name only. Quebec has among the highest rates of common-law marriage, children born out of wedlock, abortion and suicide in the developed world. A poll out this week showed that 77 per cent of Quebeckers are in favour of euthanasia, endorsing a recent proposal by the Quebec College of Physicians to debate the legalization of a practice that is pure heresy to any true Catholic.

Baby-boomer Quebeckers still display palpable hostility toward the Church establishment - the one that excommunicated the Patriotes, that forced their mothers and grandmothers into reproductive servitude, that controlled access to higher education, that turned a blind eye to sexual abuse, that flirted with fascists and that colluded with reactionary politicians to keep French-Canadians in a permanent state of backwardness. When, in 2007, Cardinal Marc Ouellet, the highest-ranking Catholic in the province, wrote an open letter in which he repented for the Church's sins, it was roundly attacked as an opportunistic ploy to reassert Church authority.

Yet, try to toy with Quebeckers' selectively chosen Catholic traditions and you risk losing an arm. André Boisclair, the former Parti Québécois leader, almost lost his when he suggested, in 2007, that the time had come to remove the crucifix from the National Assembly. When the Bouchard-Taylor commission on the so-called reasonable accommodation of religious and ethnic minorities made the same recommendation last year, Premier Jean Charest didn't even wait until the ink was dry to reject it. He knew instinctively what Quebeckers wanted.

The vitriolic debate over reasonable accommodation, or accra as it's known in French shorthand, was sparked, more than anything else, by the fear (or realization) that so much of what had defined Quebec society for generations was dying. A backlash was inevitable. It happened again when parents got wind of the government's intention - first announced when the province's school boards were deconfessionalized in the late 1990s - to replace optional catechism classes with a mandatory course on ethics and religious culture. Until the ERC course was introduced last fall, the majority of French-language students had continued to study catechism, even though their parents were non-practising. Quebeckers largely agree they need diversity training, but fear that it might cost them their cultural, if not moral, bearings.

The philosopher Charles Taylor, co-chair of the accra commission, points out that Quebeckers are not the only society of lapsed Catholics to show an attachment to religious traditions without necessarily embracing the doctrine. Millions of non-practising Germans continue to pay confessional taxes, for instance, even though simply declaring themselves as non-Catholics would spare them the expense. The most secular societies in the West also "retain the vestigial public reference to God in public space," Prof. Taylor writes in A Secular Age . In contrast, the United States, which was one of the earliest societies to separate Church and State, is "the Western society with the highest statistics for religious belief and practice."

For Reginald Bibby, Quebeckers practise their Catholicism "à la carte." They take what they like and reject the rest. His research, based on detailed polling, shows that Quebeckers are open to a greater spiritual dimension in their lives, but curiously have gravitated much less than other Canadians to other religions. "They are not open to just any religious supplier," explains Prof. Bibby, who teaches sociology at the University of Lethbridge, in a 2007 study. "If the forms of religious innovation that are required to offset secularization are to appear, they are going to have to be initiated by the religious group Quebeckers are so reluctant to abandon - the Roman Catholic Church."

Good luck with that. Another study completed this year by Prof. Bibby showed that only 9 per cent of high-school-aged Quebeckers identified themselves as Catholics. This suggests that, for each subsequent generation of post-Quiet Revolution Quebeckers, the Church loses more and more of its pull. The parish steps where forefathers assiduously greeted the curé each Sunday may, for young Quebeckers, be nothing more than a good place to skateboard.

One tradition from Quebec's Catholic past is destined to never die, though. It is Quebeckers' penchant for congregating in logistically mind-boggling numbers in communion with one another. In decades past, it was religious occasions that brought them out. In 1937, more than a million Quebeckers showed up to pay their last respects to Brother André, a gentle miracle maker who makes Celine Dion look like a minor celebrity.

Now, though the celebrations are secular, when not blatantly commercial, there is something distinctly liturgical about them. Like religion itself, it is a powerful force to behold. 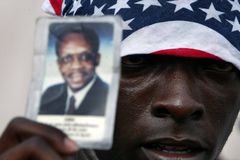 Follow Konrad Yakabuski on Twitter @konradyakabuski
Report an error
Due to technical reasons, we have temporarily removed commenting from our articles. We hope to have this fixed soon. Thank you for your patience. If you are looking to give feedback on our new site, please send it along to feedback@globeandmail.com. If you want to write a letter to the editor, please forward to letters@globeandmail.com.
Comments