Sara Shneiderman and Ajay Pradhan
Contributed to The Globe and Mail
Published May 6, 2016 Updated May 6, 2016

Sara Shneiderman is assistant professor in Anthropology and the Institute of Asian Research at the University of British Columbia. Ajay Pradhan is senior policy adviser and manager, Treaty Related Measures, Indigenous and Northern Affairs Canada.

A year after Nepal's major earthquakes, a series of arrests is raising important questions about freedom of expression and rule of law under the country's 2015 constitution.

This week, the government of Nepal jailed, then ordered the effective deportation of Canadian Robert Penner for unspecified "provocative" tweets about the country's ongoing political upheaval. Mr. Penner, who is from British Columbia, has held a visa to work with a tech company in Kathmandu for several years.

This comes on the heels of prominent Nepali journalist Kanak Mani Dixit's release on May 2 after 10 days of detention by police for investigation on corruption allegations. Nepal's Supreme Court ordered Mr. Dixit's release citing inadequate basis for detention.

Both men are controversial figures with strong supporters and detractors, but their politics is beside the point. Nepal's ongoing "democratic transition" has taken an authoritarian turn that should command global attention.

Both Mr. Penner and Mr. Dixit appear to have been arrested on the basis of personal vendettas held against them by powerful scions of the ruling establishment. They join many more across the country who, in recent months, have been subject to patterns of arbitrary force or detention – for expressing their views about the new constitution, for instance, or running afoul of earthquake relief regulations – by police who seem to act with impunity in the service of vested interests rather than following due process.

Nepal has committed to fulfilling the requirements of the International Covenant on Civil and Political Rights (ICCPR). Article 19 of the ICCPR is clear that everyone has the right to freedom of expression and that states have only limited authority to restrict the exercise of this right. Yet Article 17 of Nepal's 2015 constitution only guarantees freedom of expression to "every citizen."

Moreover, as the UN Human Rights Committee has made clear in General Comment 34, a government can only restrict the right to free expression if it can show a clear link between the inciteful speech, a specific threat, and the restrictions imposed. No such evidence has been produced. Mr. Penner's appeal remains pending at Nepal's Supreme Court while he returns to Canada.

This case highlights a problem that goes far beyond the rights of foreign passport holders. Nepal has more than four million de facto stateless individuals within its borders. Many are stateless in part because the new constitution openly discriminates between men and women in guaranteeing full citizenship to them and their children. The deportation of Mr. Penner sends a signal to all such individuals to keep quiet, as anyone without full citizenship documentation may not be accorded constitutional protections.

Nepal's actions contradict its message to donors and foreign investors. Nepal has accepted more than $4-billion in foreign earthquake relief, including $51.7-million from Canada. Only a tiny proportion of those in need have received post-quake aid, with the government apparently intent on penalizing both citizens and foreigners who challenge its approach.

The Nepal Investment Board claims it is "open for business" in publications seeking to attract foreign investment. Yet in a week when Nepal's economic indicators project the lowest annual growth rate in 15 years, the government is deporting a Canadian involved in business investment for his use of social media.

In the interests of the most vulnerable in Nepal, Canada and other countries that have funded good governance programs over the last two decades – through two democracy movements, a civil war and major earthquakes – should take a careful look at these cases and strongly encourage Nepal to honour its commitments to human rights as codified in international law.

Canadian arrested in Nepal over tweets criticizing human rights
May 2, 2016 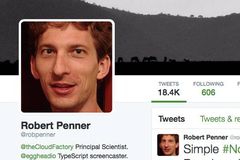