Sara Shneiderman is assistant professor in Anthropology and the Institute of Asian Research at the University of British Columbia. Mark Turin is chair of the First Nations Languages Program and associate professor of Anthropology at UBC. Both have worked in Nepal for more than 20 years and are actively engaged in research projects in rural areas.

Disaster relief in Nepal is beginning even as aftershocks continue. Canada's $5-million is a good start, and regional neighbours are sending heavy equipment, experts and critical resources. Mechanisms must be put in place to ensure that the relief reaches far beyond the capital of Kathmandu to remote, rural areas, where the devastation is least reported but most widespread. The loss of world heritage sites in Kathmandu's urban center is visually striking, but it is now time to look elsewhere.

Far away from Mt. Everest's glamorous peak, early reports suggested high casualty figures and tens of thousands left homeless in the central-western districts of Gorkha, Dhading and Lamjung, where the first quake's epicenter lay, and more damage still directly north of Kathmandu in Rasuwa and Nuwakot (including in Langtang National Park). East of the capital city, Sindhupalchok and Dolakha have been ravaged; these districts are just beginning to recover from an August, 2014, landslide and flood of the Sunkoshi river.

Calls to our research partners in hill and mountain districts across the country revealed that villagers are reeling from injuries, death and the destruction of already precarious livelihoods on a massive scale. One villager told us that although his family and many others were unharmed, his home of mud and stone, like the entire village, was a pile of rubble. For many of the rural poor, a two-story home is a most prized asset. While their plight may not make the international headlines, rural Nepalis across the country will need long-term support to rebuild their lives. The earthquake hit during a period of prolonged political instability after the end of a ten-year civil conflict that saw Nepal's economy and society transformed. While Nepalis are regrettably used to self-reliance in the absence of elected officials, sleeping out in the open alongside their levelled homes, with food and water sources uncertain or compromised, and medical facilities pushed to breaking point, will challenge even the most resilient.

Many Nepalis have left their homeland to seek better fortunes as migrant labourers in India, the Middle East, and beyond. There are now substantial professional non-resident Nepali populations in Canada, the U.S., Europe and Australia. Between the creativity of Nepalis at home, and the resources and global networks that their compatriots abroad can marshal, there is an opportunity to make this a model relief effort. Nonetheless, donors will need to work carefully to ensure that aid is distributed equitably and that the process is owned by Nepalis from all backgrounds who know their own grassroots needs the best. Since the earthquake hit, one of the notable successes has been the effectiveness of social media and Nepal's emerging digital infrastructure to co-ordinate responses and share information in this terrible time. In the immediate aftermath, people across Nepal's ravaged landscape country have been communicating their plight by SMS, Facebook and Twitter. Some cell providers in Nepal are offering free or discounted calling packages, and various platforms have implemented safety check features so that users can mark themselves as alive. And amidst the immediate shock and fear, there was some sense of relief that this huge earthquake hit on a Saturday when schools and offices were closed.

Rebuilding may also bring opportunities for innovation. Better urban planning for the 2.5 million who now reside in the Kathmandu metropolitan area is essential. More widespread implementation of biogas and smokeless cooking stoves in rebuilt rural households will dramatically improve health indicators. Over the last decade, and in the wake of the conflict, Nepal has been walking a slow and difficult path towards political restructuring. This week's earthquake offers further challenges, requiring the country to restructure its built environment and basic services along with its new constitution. The road towards transformation has just become longer and more uncertain, but offers glimmers of hope as Nepalis demonstrate their resourcefulness and commitment to their country.

The Globe in Nepal: Travellers scramble to leave as locals contemplate rebuilding
April 26, 2015 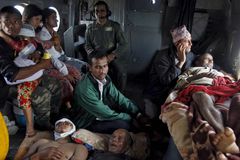 Canadian in Nepal says Ottawa not doing enough to help citizens get out
April 27, 2015 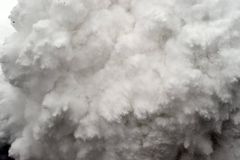