A few months ago, a nerdy young Google engineer went to one of the company's diversity workshops, where he was skeptical about what he heard. So he gave himself a crash course in the science of sex differences, and wrote a 10-page memo that set out his thoughts. Last week, someone sent it to the online site Gizmodo, which called it an "anti-diversity screed," and all hell broke loose. Mainstream media – CNN, the BBC, NBC and others – used similar language to characterize the memo, the gist of which, they said, was that women aren't biologically suited for tech jobs. The offending nerd, James Damore, was promptly fired for "advancing harmful gender stereotypes."

In his note to employees, Google chief executive Sundar Pichai said the offending memo had "clearly impacted our co-workers, some of whom are hurting" – thereby perpetuating the gender stereotype that women are more sensitive and fragile than men. On Twitter, the prevailing sentiment was that firing was too good for him. Opinion writers rushed to the barricades with pieces pointing out that women were foundational to computing, etc., etc.

The media coverage was painfully misleading. It was obvious that nobody had read the memo, which wasn't an anti-diversity rant at all. "I value diversity and inclusion, am not denying that sexism exists," it began. The tone, although occasionally injudicious, was mild. Mr. Damore said he agreed there should be more diversity in tech, not less. His issue was with the way Google was going about it. "Treat people as individuals, not as just another member of their group (tribalism)," he concluded.

In the world of neuroscience and evolutionary biology, there's nothing controversial about this statement. It's like saying that men, broadly speaking, are taller than women. There still are a lot of tall women and short men – just as there are lots of women who like to code and lots of men who don't.

But in the world of liberal dogma, all of this is wrongthink. These ideas are so toxic that they cannot even be discussed. When four scientists stated on Quillette that Mr. Damore's assertions were essentially accurate, protesters crashed the site and temporarily shut it down. (The scientists included Dr. Debra Soh, whose piece on the subject appeared this week in The Globe and Mail.)

The Google memo made headlines because it seemed to play into the popular narrative that the tech world is a uniquely sexist place – implacably hostile to women and their aspirations. Women have trampled down the barriers in medicine, law and a host of other fields that were once closed to them – so what is it about tech that continues to shut them out?

It's a question well worth asking. One useful observation comes from blogger Scott Alexander, who notes that even in these fields, gender preferences are different. Women, for example, significantly outstrip men in specialties such as ob-gyn, family medicine and pediatrics, which are heavy on human interaction. More men go in for surgery, radiology and anesthesiology, which require a lot of technical expertise but minimal contact with actual patients.

So why haven't women conquered computer science and engineering? Maybe they avoid these fields for fear of being unwelcome. Or maybe they think these fields won't offer enough people stuff.

But there's also the undeniable fact that the tech world is full of nerdy guys such as James Damore. People skills are not their strength. An unusual number are somewhere on the Asperger's scale, which means they're bad at reading social cues and don't even know when they're offending people. They enjoy a work culture that's obsessive, and think work-life balance is a bunch of hooey. Here's how ex-Google CEO Eric Schmidt described his ideal female Google employees: "They'll go quiet for a few hours while they're busy taking care of the family or whatever it is they're doing, and then they emerge at 11 o'clock at night, working hard to make sure that their responsibilities are taken care of."

Whew. No wonder only 20 per cent of Google's tech jobs are held by women. Despite the hundreds of millions the company has spent on diversity initiatives, this ratio has barely budged. Nor will it, I suspect – so long as Google pretends that gender differences don't exist. 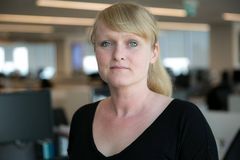 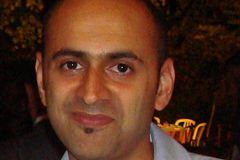