On a pleasant morning this week, a real estate developer sat at a park bench in the sunshine, talking with a pair of local residents about a huge residential, office and retail project he and his partners are building nearby.

Stephen Diamond brought out plans for the Well, a 7 1/2-acre "mixed-use community" on the site of the old Globe and Mail headquarters between Front and Wellington streets, just west of Spadina. He pointed to the landscaped walkways, the striking architecture of the soaring office tower and the way some buildings are stepped back from the street so they don't overshadow the neighbouring properties. Lee Jacobson and Scott James, pillars of the Wellington Place Neighbourhood Association, looked on approvingly.

It is not a scene you see every day in Toronto. Residents groups often quarrel with developers who threaten to put up big, new buildings on their treasured streets. Angry neighbours crowd community meetings to rage at the developers for ruining the place they live. The developers push back. Lawyers line up on each side. Often the fight goes all the way to the Ontario Municipal Board, the provincial referee for development disputes.

The small uprising in the Annex over an eight-storey condo proposed for Davenport Road showed how heated it can get. Even celebrity neighbour Margaret Atwood stepped into that one. This sort of ritual combat can delay projects for years and leave everyone involved with a sour taste.

Lately, though, smart developers have been trying to avoid all the head butting by reaching out to residents to ask what they would like to see, and not see, in a new project. Wise neighbourhood groups, in turn, have been working with developers to reach solutions, instead of leaping to the barricades from the start.

When developers announced plans for a massive project on The Globe site, the neighbourhood knew it had to get involved. The development was so huge, Mr. James says, that it was make-or-break for the community. "If it was good it was going to be great; if it was bad it was going to kill us."

The developer, too, understood there was a lot at stake. Mr. Diamond's people made a point of approaching the residents even before they had a firm plan. The result was a remarkable collaboration. The two sides met at least monthly over the course of two years, poring over drawings and hashing out differences over heights, design and public space.

Mr. Diamond's side made several changes to satisfy the residents. It reworked its plan to focus the most height and density near the corner of Front and Spadina, away from the existing residents to the north and west. It made more effort to "animate" the project's southern flank on Front so that it would be more open and walkable. When residents said the project's big office building was like something you might find in Houston – a bland glass box – the developer went back to the drawing board.

The project that emerged promises to be one of the best new developments in the city, with a pedestrian focus and a community feel. Working with residents saves a lot of time and aggravation, Mr. Diamond says. With 13 million square feet of development under its belt, his firm has spent only two days fighting at the OMB over the past 10 years.

Residents also win. The Wellington Place group says it has seen 30 projects come through the rapidly changing district in 15 years. Just one has gone to the OMB. A series of engaged city councillors, most lately Joe Cressy, have helped things along.

The Wellington group even has a checklist to assess a new project. Does it have space for cultural happenings? Does it include green space and protect mature trees? Does it meet high environmental standards?

This isn't the only example of the lion lying down with the lamb. Across town in the Gay Village, ONE Properties, the developer of a residential project at Church and Wellesley, went to the community even before putting pen to paper.

Ken Greenberg, a consultant on the project, who also happens to be a key figure in the Wellington Place residents group, says that "rather than just say, 'we have a great idea, here it is, hope you like it,'" the developer asked the community what it would like on the site.

At one meeting, residents sat at tables of four and five putting together a wish list. The developer's people circulated among the tables, listening. "The comments were really thoughtful," Mr. Greenberg says. "I think the attitude was, 'Something is going to happen here, let's make it as good as we can.' There wasn't anybody who said, 'Go home, we don't want you here.'"

The resulting design, as with the Well, is pleasingly creative. The 43-storey building would have a two-storey plaza at its base, with balconies overlooking the street, and rental apartments on top.

Sadly, these two examples are still pretty unusual. Many developers charge in with cheap plans and little regard for the neighbours. Many residents have a knee-jerk response to anything new.

For collaborations to work, Mr. Diamond says, residents and local councillors must accept that "the communities they live in are not going to stay the same." The first line of the city's official plan, he says, should be: "The city is not static. Beware, we are changing."

Developers, meanwhile, need to understand that not every neighbourhood objection is mindless NIMBYism. Some worries – about bad design, for example, or about having their balconies or backyards cast into shadow – are perfectly valid. If the developers listen, they may actually learn something.

When both sides pay a little attention to what the other is saying, it makes for a better project and, in the end, a better city. 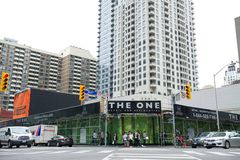 The One: An ambitious, 85-storey tower that will transform Toronto's skyline
October 5, 2017 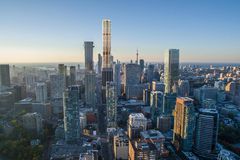 The upside of the Margaret Atwood uproar: NIMBYs are on the defensive
September 8, 2017