Health Canada has recently released the set of principles it intends to adhere to for our next food guide. Health Canada's message signals a complete revamp of our colourful rainbow of food groups.

For example, it appears that a plant-based diet will be strongly encouraged. We might even see a focus on more plant-based proteins like beans, lentils, nuts and tofu. This would represent a significant departure from what we have seen in our food guide since its establishment in the 1940s. Health Canada is also suggesting even more significant changes, making many traditional sectors in agriculture quite anxious.

While the current format of groups and colours has proven convenient and simple, the proposed changes aim to adopt a nutrition-based approach. It will likely group together proteins and it will also apply to all dietary needs, vegan or vegetarian lifestyles included. It probably won't abandon outright the main staples Canadian consumers have embraced for decades, but the food guide will look different and feel different. The next version will essentially acknowledge, at last, that Canada has a dynamic, heterogeneous food market. It will also encourage Canadians to drink more water, and entice them to cook more and to eat together – all good news.

Our current food guide clearly has baggage. The intent of the first food guide, back in 1942, was to entice demand for Canadian commodities during the Second World War. In those days, concerns for food security were acute and needed to be addressed by making Canada a food-sovereign nation. Agricultural embargoes were used more often back then. But with the development of a more open food economy, things have changed. With this shift in food geopolitics, consumers now have different choices, as well as different expectations.

Where things went too far was when commodity-driven recommendations were incorporated into the guide, supported by questionable science. For example, encouraging Canadians to have two cups of milk per day in adulthood is just absurd. We are one of few countries still advocating this. Dairy Farmers of Canada may not like this but Canada in 2017 is a different place. Many immigrants don't drink milk and many other consumers suffer from intolerances and allergies. We have many more choices than we had in 1942.

This time around, Health Canada did the right thing. It listened. Almost 20,000 Canadians responded to Ottawa's consultations, which made this process more open and democratic than ever before. Parents, teachers, physical-education professionals and fitness enthusiasts, culinary experts and many more community-based groups including food banks all got involved. This is exactly what our country needed.

The principles suggested by Health Canada show that they are now willing to adopt a food guide primarily for Canadians. However, the next food guide may be at odds with some of our current agricultural policies. The supply-management system, our protectionist system of quotas and tariffs, signifies to Canadians that our dairy sector, for example, is vital to our agricultural economy and that we want to protect it. Our dairy sector's economic contribution over the years has been unparalleled.

However, consumption of milk per capita in Canada has dropped significantly over the last few decades. A new direction with the food guide could entice Canadians to move even further away from milk, compromising the welfare of many farms across the country. The same effects will be felt in our cattle industry. The beef industry deserves a future, as well. As we put consumers first, which we should, we also need to reflect on what will happen to Canadian farming. The next food guide will make the disconnect between Canadian agricultural policies and food consumption much more obvious. Our new Canadian food-policy framework, currently being considered by Agriculture and Agri-Food Canada, will need to address this gap.

In the end, though, what matters most is how the guide will resonate with citizens and how it can be used. This will not be easy. The current version is really a tool for elementary schools, and not for consumers looking for answers for themselves and their families.

Perhaps Canada will need two guides: one for health professionals, and the other for regular consumers. Both would be designed to achieve similar outcomes, but messages would be articulated differently. For the consumer version, the economics of food should also be recognized. Food is expensive, and all consumers – not just the privileged ones – should be aware that they have options.

Opinion
Victims of cauliflower no more: How we can fix produce affordability
May 16, 2018 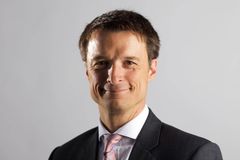 Opinion
Breakfast is fast becoming most important fast-food meal
May 16, 2018 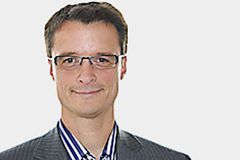 Opinion
Chocolate is good for you? Sure, and the Easter bunny is real, too
April 16, 2017
Follow us on Twitter @globedebate Opens in a new window
Report an error Editorial code of conduct
Due to technical reasons, we have temporarily removed commenting from our articles. We hope to have this fixed soon. Thank you for your patience. If you are looking to give feedback on our new site, please send it along to feedback@globeandmail.com. If you want to write a letter to the editor, please forward to letters@globeandmail.com.
Comments