Samantha Nutt is an author, medical doctor and a Founder of the international aid group War Child.

While the location of the missing girls is now known, the situation in Nigeria remains dire. Over the past few weeks, Boko Haram's attacks have increased, their targets have widened, and the death toll keeps mounting.

The "kind of" is what has many Nigerian writers and political observers nervous, and not without reason. As American-Nigerian journalist Jumoke Balogun rightly points out, U.S. Special Operations forces have spent more than two years stomping around Uganda, and several of its neighbours, in an attempt to capture the maniacal Joseph Kony, the self-declared prophet and notorious leader of the Lord's Resistance Army.

In their prime, the LRA's abduction and mutilation of thousands of children from Uganda's north would have made today's Boko Haram seem like nothing more than a sloppy cover band. The popular Twitter campaign #Kony2012, launched two years ago by the U.S.-based charity Invisible Children, was the twittaphorical predecessor to #bringbackourgirls, which turned the world's attention to Nigeria's Boko Haram threat.

The #Kony2012 campaign pressed for international action to extract Joseph Kony, under indictment by the International Criminal Court, from his sweaty hideout and bring justice to Ugandans. There was, however, one minor complication: Much of it was propaganda. It is true that Joseph Kony deserves to land in some dank cell beside the countless other warlords who commit appalling crimes against humanity. But every other action proposed by #Kony2012's mostly white, North American champions, was neither sought nor demanded by northern Ugandans themselves, largely because the last thing they wanted was a bunch of foreign forces alongside Musevini's troops rooting around their villages under the guise of searching for villains who had departed six years prior.

Thank you very much for your concern, but we'll take it from here was the clear and incontrovertible message from those who had lived through the LRA's horrors and who were finally rebuilding after decades of war. Nevertheless, the stone had already thrown off its moss and was gathering too much celebrity momentum by the time the inconvenient subject of what northern Ugandans themselves actually wanted came up. Mr. Kony is still at large and, as Mr. Balogun accurately states, the U.S. military activity in Africa, both in the form of AFRICOM (United States Africa Command) and drone strikes, has been steadily expanding.

I am not so cynical as to believe that campaigns such as #BringBackOurGirls cannot be of some benefit when it comes to drawing attention to important human-rights issues. And insofar as Nigerians themselves are at the fore, putting pressure on their president, I genuinely hope they succeed. I am, however, leery of good intentions going horribly awry, for which the African continent provides far too many prescient examples. As many Nigerians are trying to remind us, if you live in the Global North the most pressing question in all of this should not be "What do we do about this terrible situation?", but "What do Nigerians want?"

It is clear Nigerians want their daughters back. But do they want a full-scale confrontation replete with NATO forces to achieve that? Probably not. And in particular, Western presence in the region may already be driving more recruits Boko Haram's way, and there is no guarantee that they won't start slaughtering the girls in response – if they haven't already.

Demands for intensified military action to retrieve the girls, rather than the more cautious though unappealing prospect of negotiations, are likely to do more harm than good. It is not easy to stand down in favour of a go-slow approach, now that the girls are in sight, but that is indeed what must happen if more of them are to ever be reunited with their families.

Otherwise, the risk that comes with campaigns such as #bringbackourgirls, as with #Kony2012, is that they can turn into an open invitation to endless interventionism, which is too painstakingly familiar to countries still twitching from the dual nightmares of colonialism and Cold War-licensed expansionism.

In the years I have spent working in war zones and writing about civilians caught in this inescapable horror, I have often wondered why some personal agonies end up in the blinding international spotlight, while others are buried with the bodies. Why 200 plus girls in Nigeria, and not the many thousands dead or at risk of slaughter right now in the Central African Republic and South Sudan, or the more than five million dead in eastern Congo?

Citizens of these countries have asked me the very same question, time and again. I don't know, I tell them, but I suppose it has to do with our perception, from the comfortable side of the world, of what's "political." We don't want our magnanimity mucked up by complexity. We want our activism, like our charity, to be simple, unsullied, something uncontentious and relatable. And if it can be captured in less than 140 characters, even better.

It is easy to understand why girls should not be abducted and tortured for having the tenacity to go to school, which is their right. It is harder to take a position on conflicts in which entire villages, or religious and ethnic groups are laying waste to one another for reasons of money, power, influence and control. On this point, there's a photo-shopped version of Malala Yousafzai's #bringbackourgirls portrait circulating online, in which the script has been changed to "If I'd been injured by Obama's #dronestrikes, you would not know my name." But that hashtag will never work – it's too political.

Opinion
Debate: Is al-Qaeda a global terror threat or a local military menace?
May 28, 2014
Opinion
Nigeria’s children won’t be saved with hashtags alone
May 12, 2014 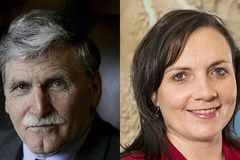 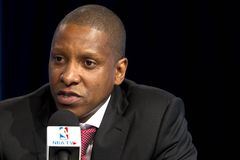