Last weekend, U.S. President Donald Trump sat down to talk trade with Republican lawmakers at the presidential retreat at Camp David in Maryland.

His message was that it's time for a trade crackdown. For the State of the Union address at the end of this month, decisions had to be finalized. For too long the United States has been hit with wrongful trade practices.

In the discussions China was singled out for retaliation, particularly on intellectual property. The European Union was cited. Among products targeted for new import restrictions were solar, aluminum and steel. The United States imports more steel from Canada than any other country.

The North American free-trade agreement was discussed, but there was strong push-back from GOP lawmakers against any plan to ditch the accord. There's no need to go that far, they told the President. Republican senators had met with him in the White House in weeks previous to deliver the same message.

No final decision was made at Camp David, but it was clear if Mr. Trump went to the exit-route extreme he would run afoul of his party, a party which has just gained a new-found unity with the passage of major tax-cut legislation and the declining influence of nationalist Steve Bannon.

Worth noting is that the Camp David meeting came after Ottawa let it be known on Dec. 20 – although it wasn't formally announced until this week – that it was launching a comprehensive challenge to American trade practices in a filing with the World Trade Organization (WTO). This brought on a condemnation from U.S. trade czar Robert Lighthizer, who called it an ill-advised attack. "Canada's claims are unfounded and could only lower U.S. confidence that Canada is committed to mutually beneficial trade."

There followed the Reuters report, roiling the markets, which said the White House was preparing to announce it would abrogate the accord. The White House disputed this, saying NAFTA negotiations would continue as planned.

Given the fickle nature of this presidency, the news report should have been viewed with great skepticism. Even if the President had decided to terminate NAFTA as the report suggested, he could very well – Donald Trump being Donald Trump – reverse that decision by sunrise tomorrow.

Or if, after the Camp David session, he decided to stick with the accord he could change course in the coming days or weeks as well. Reversals would only be in keeping with his erratic trajectory on this file to date. He's said that the deal should be terminated, that it should, with respect to Canada, only be tweaked, and that it should be renegotiated. He almost killed the trade agreement last spring, only to make a last minute switcheroo.

In the hours before the dire-sounding Reuters report appeared, I interviewed senior Canadian officials. There was no sense that in their discussions with the Americans they had picked up any new doomsday signals, even after Ottawa's WTO offensive became known.

The timing of that action, coming before crucial stages of the NAFTA negotiations, was puzzlingly provocative. Why not wait a couple of months to see how the next round of NAFTA talks unfolded? The WTO move, officials said, was primarily prompted by the endless dispute over softwood lumber. The move was long in the making, they added, the Americans having been warned all along that it was coming if their unreasonable approach didn't cease.

A second objective, as Trade Minister François-Philippe Champagne noted on Thursday, was to demonstrate Canadian resolve, to show that Ottawa was not prepared to be pushed around.

Foreign Minister Chrystia Freeland was in Washington on Tuesday for discussions with top trade officials. She met with Commerce Secretary Wilbur Ross, but, while they get on well, they made no progress on the major issues in dispute on NAFTA.

Mr. Ross's voice is important, but of course all will depend on the President's latest fancy. Following the recent publication of the Fire and Fury book alleging he has mental-health problems, Mr. Trump let the media witness a cabinet meeting this week as if wanting to show he was functioning in a stable manner.

Midterm elections are coming. The majority in Mr. Trump's party supports the maintenance of a NAFTA with modernized provisions, as do major American stakeholders. The U.S. economy is moving along nicely, hardly in need of a jarring development that would shake the foundations of a largely successful continental trading system.

A stable mind would keep that system moored. 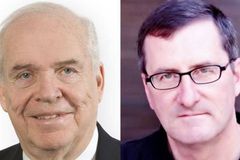 Opinion
The post-NAFTA world is starting to take shape
January 11, 2018