If you follow the news, you know that our universities are lately diseased with a rot, a cancer, a form of cultural genocide. Wow! Apparently it has everything to do with something called postmodernism. Reliable voices say that we are brainwashing our students in this vile doctrine, making them stooges of social justice, which I guess is now a bad thing.

I'm glad some people are so certain of the terrain beneath their feet, especially when they never spend any time on said terrain. But I'm a philosopher and I prefer that people define terms before they get so metaphorically exercised.

So what is postmodernism, anyway? Scholars who pay attention to accuracy will tell you that the term first surfaced in 1960s architectural lingo. It meant a jumbling of styles and materials not constrained by traditional International Style expectations. Robert Venturi and the early work of Canada's own Frank Gehry are good examples.

I'm assuming that the discerners of rot, cancer and so on don't mean this. They have bigger bugbears to stalk. Postmodernism as a social condition was most influentially analyzed by the French philosopher Jean-François Lyotard, who suggested in his 1979 work that it was impossible any longer to take seriously "metanarratives" of progress, justice or knowledge.

Remarkably, this 20th-century philosophical classic, still selling briskly almost four decades later, was commissioned by the government of Quebec, which wanted a white paper on the state of the province's colleges and universities. Good for them – although I imagine they found few actual policy levers in its pages.

Mr. Lyotard's main argument, often distorted, is that it becomes hard to accept big stories of how every day, in every way, we're getting better and better. The post-1945-war consensus about economic progress and a steady rise of globalized prosperity is revealed, in fact, as a severely fractured landscape where some people enjoy the good things in life but many don't. As author William Gibson put it, the future is already here; it's just very unevenly distributed.

That's the postmodern condition, friends. And unless you are Steve Mnuchin, Mitt Romney or some other market-enabled stooge, I wonder how you could dispute it, let alone see such sober socioeconomic analysis as a form of ideological charlatanry.

But let's be fair. Many people think postmodern means something more like the infinite malleability of facts, the vaporous quality of truth or a claim about multiple gender roles. On the last point, and for the record: There are more than two such roles. Not liking this fact – and it is a fact – doesn't prove anything.

Even if you accept the pejorative notion of postmodernism, it has a much more obvious target than any social-construction theorist or reporter at The Washington Post. I mean someone who says things and then denies he said them; someone who has his hired flacks defend notions such as "alternative facts"; someone who uses claims about freedom to invoke hatred and suppression of views he doesn't like.

That's actual silencing, not just the disapproval of bad ideas that's the baseline cost of talking to intelligent, critical people. Where I work, if you say something dumb, somebody will call you on it. How about that? (Yes, my students do it all the time.)

Right-wing postmodernism flourishes by bulldozing dissent. The current occupant of the White House, and those leading rhetorical crusades in his shadow, are just late-model versions of real intellectual rot. It begins with thinking you can say whatever you want, because you have power and a Twitter or YouTube account. It ends with a comprehensive sense of entitlement that you can get away with anything.

"I could stand in the middle of Fifth Avenue and shoot somebody and I wouldn't lose voters," the current President said. Yes, he said that. He said that. It's a fact that he said it.

Universities are always easy targets. You can target this so-called useless course or that apparently trendy professor. You can mock new pronouns and novel ways of thinking. But here's what we mostly do: We insist that when people utter falsehoods and nonsense, or behave intolerably, they will be challenged, on the facts, with reasons and arguments.

It's indoctrination, sure – into critical thinking. Sorry if that upsets what you already believe. (Note: not in fact sorry.)

Opinion
The idea of the radical, leftist university is a misleading caricature
December 8, 2017 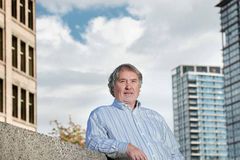 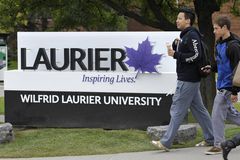