Bad news comes in bunches. First there was Quebec's Bill 94, which would refuse government services, public employment, educational opportunities and even most medical care to Muslim women wearing the niqab. Then there was the Angus Reid poll showing that 80 per cent of all Canadians agree with this measure. Evidently Abe Lincoln was right. You can fool (almost) all the people some of the time. You can fool them into unreasonable persecution of their fellow citizens.

Yes, Canada, some of those fellow citizens, being Muslim, dress so as to conceal more of themselves than do their sisters of other faiths. And yes, their veil bears a name so unfamiliar as to sound downright un-Canadian. They pay taxes, however, in the very same currency as we do, and are entitled to the very same services. They cannot be denied these for exercising their religious freedom.

Yes, their religious freedom. Forget about "multiculturalism": The issue here is both older and more fundamental. It's the right of every resident of a liberal state to conduct herself as she thinks pleasing to God, on the sole condition that such conduct not violate the rights of others. And while wearing a niqab may send some observers into a high dudgeon, it impairs neither their civil interests nor their religious ones. To paraphrase Thomas Jefferson, whether their neighbour wears no niqab or three niqabs neither picks their pocket nor breaks their bones.

True, this right to free religious expression is as subject to regulation as all other rights where the legitimate secular interests of society require it. So, for instance, Quebec may require that niqabs be made of flame-resistant material, not be produced by child labour or by processes harmful to the environment, and contain no wool from endangered species of sheep. It may even decide that, in certain cases (in airport or other security queues, for example), even the most modest woman may be subject to body searches, conducted with as much delicacy as circumstances permit. (If a woman prefers to forgo flying rather than submit to such a search, that's her decision.) In a liberal state, just as religion must afford no ground for preference or discrimination, so it confers no immunity from the state's reasonable demands.

So what will Quebeckers and others who have it in for veiled Muslim women claim? That they have a right not to be assaulted by the sight of garments of which they disapprove? Or a right to gaze unimpeded on the countenances of all other citizens? Well, then, why not a right to stare at their breasts as well? If they answer that breasts are legitimate objects of modesty, then they're seeking to impose their own relaxed standards on fellow citizens who reject them.

Now it's true that I'm a busy man and don't follow the Quebec police blotter. Is an epidemic of fraudulent impersonation raging there among the province's few dozen niqab wearers? Perhaps I'm naive to think that, in cases where personal identification is required, a signature will usually suffice.

Some will say we owe it to Muslim women to liberate them from a mode of dress that feminist opinion regards as oppressive. (Premier Jean Charest has invoked gender equity in defence of his bill.) This, however, is to claim a right of tutelage over Muslim women and Muslim citizens generally that is misplaced in a free society. Mr. Charest's bill echoes, of course, France's long-standing ethos of laïcité , which displays the same misguided tendency to exalt secularism as a state religion and ban from public spaces manifestations of any other. This approach, which manages to be both paternalistic and uncaring, has only alienated Muslims in France and would succeed no better in Quebec.

It's up to citizens of a liberal state to find their own way through the thicket of life's complexities, religious and otherwise, always conditional, again, on their respect for the rights of others. Muslims will struggle with life in a new land, and will display a wide spectrum of responses. These will include maintaining traditional religious practices. While these may scandalize the secularist, it's no reason to stigmatize them, let alone to conclude they rest on coercion. (Where Mr. Charest's bill is concerned, the shoe of coercion is on the other foot.)

Canadian democracy is a large tent and a broad-minded one. There's room in it even for a handful of veiled women. There's none, however, for Mr. Charest's small-minded bill. As for its supporters, I can think of but one fitting response: denying them access to government services until they come to their senses.

Clifford Orwin is professor of political science at the University of Toronto and distinguished visiting fellow at Stanford University's Hoover Institution.

Opinion
Beyond the veil in the courtroom
October 22, 2010 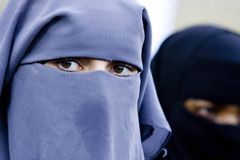 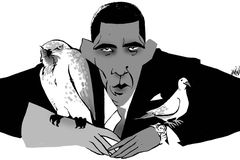 Opinion
When Liberals were liberals
April 1, 2010

Opinion
If climate change didn't exist, Obama would've had to invent it
July 16, 2010 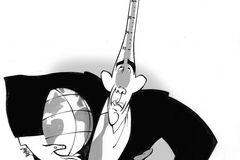 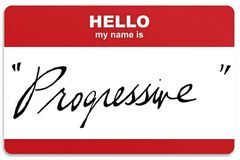 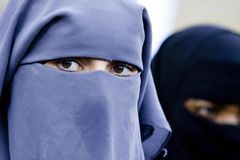