Did it feel like a slap in the face? When the federal government revealed this week that only 6.3 per cent of Syrian refugees living in Jordanian and Lebanese camps, when offered the chance, wanted to come to Canada, did we feel just a bit spurned? Like we had cooked a three-course dinner and vacuumed the house, only to learn that our friends would rather go out for pizza?

It should be both reassuring and sadly familiar news. Reassuring, because it reminds us that refugees are not freeloading hordes seeking to break down the doors of the West, as some would portray it. Rather, they're badly jarred families trying to calculate the best path to safety and stability.

Those who agree to the unsettling ordeal of a transoceanic move will be the few who have knowledge and connections in Canada. (We're not taking the well-connected refugees who pay thousands to cross into Europe, but the tough cases in camps.) People don't flee to a country if they don't like the place.

Which is why this should be sadly familiar. Contrary to our self-image, Canada is not good at attracting newcomers. We have, for most of our history, been better at deterring them – and we've done little lately to improve this record.

In the century after the War of 1812, Canada's stifling Anglican culture and colonial bureaucratic-mindedness were a powerful deterrent to arrivals. From the 1850s to the 20th century, a Statistics Canada historical analysis concluded, "many immigrants entered Canada. However, more people, especially those living in Eastern Canada, left the country primarily to settle in the United States." The United Empire Loyalists who settled north of the border never numbered more than a few tens of thousands; the number of Canadians, and immigrants to Canada, who moved southward was an order of magnitude larger.

For the first half-century of Confederation, Canada endured "migratory losses – more people left Canada than entered the country," Statscan said. As our southern neighbour built a powerful economy on the ambitions of entrepreneurial newcomers, we missed the chance, settling for wood-hewing and water-drawing.

It was only in the early 20th century, under Wilfrid Laurier's leadership, that Canada learned to attract and keep people – by spending serious money on agencies and campaigns abroad, and giving people land and cash to come. No period has come close to the Laurier decade for keeping immigrants.

We soon fell back to our exclusionary patterns. With the exception of the 1910s and the 1950s, immigration in the 20th century contributed little to Canada's population growth: In many decades people didn't want to come; in others, people arriving barely outnumbered those departing. We spent much of that century turning away refugees and warning each other about the civilizational threats posed by southern and eastern Europeans and Asians. Only after 1999 did immigration, for the first time, overtake childbirth as the main source of population growth.

Still, we spend more money keeping newcomers out, and throwing obstacles in the way of their settlement and citizenship, than we do welcoming them. The mean-spirited politics of the past decade, the policies denying health care to asylum seekers and the cruel temporary-worker rules and family-reunification restrictions are well known overseas, and the best-qualified people would rather go elsewhere. We think we're a hot date, but we really need to upgrade our Tinder profile.

Even in Britain, Canada has become a turnoff: We are currently the fourth-most-popular country for British emigration, far behind Australia (which receives twice as many people), the United States and Spain. In fact, it's a net loss: During the past decade, an average of 5,200 British emigrants came here each year, while 8,500 moved the other way. Worse, the British Post Office surveyed British emigrants, and the happiest were those in France, Spain, the United States, Australia and Thailand – Canada didn't make the list.

We should heed the lesson we learned a few years ago in Ireland: After the country's economy collapsed in 2008, Ottawa hoped for a migration boom of skilled workers. But only about 1,000 a year came, and they complained about unfriendly conditions and unaffordable cities. Only after paying for a big advertising and outreach campaign did that rise to 5,000 – for a year, until things got better in Ireland.

Next time we have a months-long national debate about migrants, maybe it shouldn't be about them, but about us – why we still seem so cold and unwelcoming, even to those we want.

Opinion
Congratulations - and some questions - for Canada’s ministers on our refugee policy
November 26, 2015 Opinion
The integration of refugees affirms Canada as a caring society
December 1, 2015 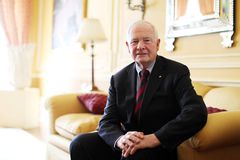