"Well, here we are again," a wistful CBC president Hubert Lacroix began as he outlined the latest round of cuts – $130-million and 657 jobs in all – to afflict the national public broadcaster. And off we've gone again into another round of CBC-bashing and rehashing the network's many failings.

It must be alternately infuriating and demoralizing to work for the CBC. The English-language television broadcaster gets zero public praise. Everyone's a critic and the private media seem out to delegitimize your very existence. But that's what you sign up for when you take a job at an institution Canadians not only own, but delight in "reimagining."

It would all be easier if the broadcaster's leaders, past and present, weren't still stuck in some alternate reality, deluded by visions of grandeur and budget envy. They think that, if only Canadians funded their public network the way the British and French fund theirs, the CBC could be all things to all people and ne'er a disparaging word would be heard. In other words, it's not their fault; it's ours.

"The CBC, despite the fact that it faces arguably the largest cultural challenge, is the worst financed public broadcaster," the network's former head of English services, Richard Stursberg, told a Senate committee this month. "I don't see any reason why a CBC that is properly focused and properly funded can't compete."

The first problem with this idea is that it completely ignores the circumstances in which overseas public broadcasters operate. The British Broadcasting Corp. and France Télévisions are empires under siege, but they are still empires. They have built up powerful political constituencies and set up countless sister networks, on multiple platforms, precisely to keep private competitors out of their space. They face nowhere near the same direct threat from American fare as the English CBC does, and have been able to shape and satisfy public expectations as a result.

The second problem with Mr. Stursberg's analysis is that it assumes the CBC's mission is to "compete." He is hardly alone in thinking that the CBC must chase ratings. That mindset prevails all the way up the food chain. "It is declining viewership that is causing their challenges," a spokeswoman for Heritage Minister Shelley Glover told Sun News. "It is up to the CBC to provide programming that Canadians actually want to watch."

With Ottawa sending that message, it's little wonder programmers fear that the failure to boost ratings will only give politicians further ammunition to cut their funding. So, next season, Canadians will be treated to Schitt's Creek and Strange Empire as a CBC desperate to create any buzz it can risks taxpayer money on an "edgier" lineup designed to attract a younger demographic.

Hopeless. It's not the occasional popular "hit" that is going to make the CBC viable and necessary. It does not have the means or the talent pool to deliver consistently high-quality dramas or comedies that can lure English Canadians back from their constantly improving American favourites.

The CBC claims a share of English TV ratings of about 8 per cent. Without pro hockey, which it will soon lose, the share may be half that. Its comparative advantages lie elsewhere, in public affairs programming that actually reflects the country we live in, not some programmer's fantasy world.

Thankfully, someone at the CBC gets it.

The same day Mr. Lacroix announced his cuts, the CBC broadcast, in prime time, an in-house documentary that purported to solve the mystery of the Bell of Batoche, a 130-year-old symbol of Métis pride. It encapsulated the history of the North-West Rebellion, Louis Riel and the very reason 19,000 francophones still live in Saskatchewan. These are stories we should all know to appreciate the country we have become. It's an illustration of the CBC actually fulfilling its mandate, for a change.

It may not be as "cool" as some self-anointed fixers would like. But I shudder at the thought of what a CBC that tries to be any cooler than George Stroumboulopoulos would look like. The ultimate arbiters of cool will never be impressed because cool, by definition, is ephemeral.

Ephemeral is the opposite of what the CBC needs. It needs stable funding, of course. But it also needs managers committed to public broadcasting, rather than imitating entertainment networks in the hopes of landing a better job at one of them. Frankly, it needs to gets serious. 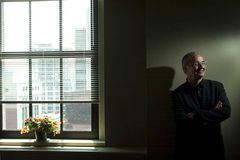 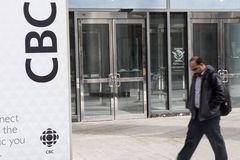