Sandip Roy is the Calcutta-based senior editor of the Indian online newspaper Firstpost.com, in which a version of this article first appeared.

A joint Nobel Peace Prize for Malala Yousafzai and Kailash Satyarthi – a Pakistani and an Indian. Now, if that doesn't embarrass the two belligerent armies into a ceasefire, what can?

The wild celebrations are already breaking out, on social media at least. India's Aam Aadmi Party took to Twitter to let Mr. Satyarthi know that "all of India is proud of you." What AAP didn't say is most of India went "Kailash who?" before they were proud of him.

On a day when one India-born Satya (Nadella of Microsoft) covered himself with ignominy and Twitter-shame for his insensitive comments about women employed in technology, another has redeemed our national honour.

But even as we puff up with pride, we have to admit that this award is rather embarrassing on both sides of the border, albeit for different reasons. It's a bit of a rude shock for most Indians to realize they know way more about the Pakistani Nobel Peace Prize winner than they do about their own home-grown one. Malala, on the other hand, gets a lot of coverage in India because the West has already turned her into a global icon. And as Indian activist-authors such as Vandana Shiva and Arundhati Roy know, Western attention automatically translates into fame at home as well.

Few Indians know about Kailash Satyarthi, and that includes many of us in the media – including this sheepish writer. We are righteously aghast at the Taliban's brutal attempts to prevent a girl from getting an education in Pakistan, and laud Malala's guts for opposing them. But Mr. Satyarthi, too, has faced risks to his life trying to rescue trafficked children from factories in India.

But we Indians are inured to the child slavery in our midst because it's so ubiquitous, from tea shops to carpet factories. Three quarters of domestic workers in India are believed to be between the ages of 12 and 16 and 90 per cent of them are girls. The Indian government's 2001 census says 12.6 million minors between the ages of 5 and 14 are in the work force. When a 15 year old is rescued from a home in the wealthy New Delhi district of Vasant Kunj with bite marks and head wounds infested with maggots and says she was kept naked by her mistress so she would not escape, we call her a "maid" but in reality she is a "slave."

Child slavery in India, for most of us, is one of the myriad jholawalla (social-injustice protester) problems that's keeping the country down. Who knew that within that field there exists someone the committee found Nobel-worthy? Some will see this Nobel, after the initial euphoria has died down, as yet more proof of a vast conspiracy to maintain the international image of India as poor, ragged and starving as opposed to prospering, aspiring and worthy of Madison Square Garden.

But the larger embarrassment is while we rebuke a Maria Sharapova for the temerity of not knowing who cricketer Sachin Tendulkar is, we have been caught with our pants down as we desperately Google our first 100-per-cent proper Indian Nobel Peace Prize winner. (Dr. Rajendra Pachauri won in 2007, but it was really the Intergovernmental Panel on Climate Change which he was chairing.)

But Indians can console themselves, as they often do, by looking across the border and saying the Pakistanis have it worse. We can be embarrassed about not knowing our Nobel laureate, but at least we didn't drive our Nobel laureate out of the country to Birmingham, Britain.

For Pakistan, Malala Yousafzai's award hardly covers the country in glory. It really reiterates a horrible, shocking and festering reality – the simple act of trying to get an education can get a girl shot in the head.

When Malala Yousafzai got the 2013 Ambassador of Conscience award, she said she had written a short speech because she had to finish her homework. She said: "With this powerful weapon of knowledge and education, we can fight against wars, terrorism, child labour and inequality" thereby unwittingly joining cause with Mr. Satyarthi's mission long before this joint Nobel. Now, the Nobel has joined them together formally.

We may choose on both sides of the border to regard these Nobel prizes as a way of humiliating our respective nations by only seeing our ugliest problems. Or we may regard the prize as a shining light on what should be a blight on our collective conscience.

That choice, and that challenge is up to us. As Mr. Satyarthi tweeted when Narendra Modi became the Prime Minister: "A tea-boy dares his detractors by becoming the PM of India. Now it's his turn to ensure that no child is forced to become a child labourer."

That didn't make news. He was just another jholawalla NGO-type then, though the issue of child slavery was as unconscionable then as it is now. But perhaps now that we have all Googled him we will take him more seriously today. 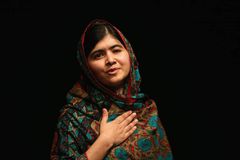 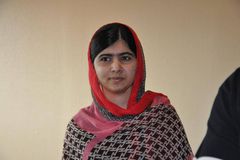