Eugene Gu is a surgical resident in Tennessee.

I arrived at Vanderbilt Hospital in Nashville one early February morning last year when a man in his 20s frantically waved me down.

Wearing a grey sweatshirt with jeans, he seemed like an ordinary guy who needed help – possibly medical. As a physician in my white coat, I opened my driver's door prepared to render assistance, possibly medical, only to be greeted by a guttural, almost primal yell.

I was startled but not completely shocked, as this was not my first encounter with racism in Tennessee – especially during Donald Trump's presidential campaign. I drove away to park my car.

That encounter displayed the kind of racism and hatred I've witnessed first-hand – but didn't expect to find in my Saturday New York Times. A long, almost romantic profile of an Ohio white nationalist named Tony Hovater appeared in last weekend's newspaper. (Mr. Hovater has reportedly since been fired from the restaurant where he worked.)

The piece begins with a look at his and his new bride's wedding registry: "They registered at Target. On their list was a muffin pan, a four-drawer dresser and a pineapple slicer."

Later in the feature, Mr. Hovater talks about Hitler, whom he calls "chill." Mr. Hovater says of him, "He really believed he was fighting for his people and doing what he thought was right," and goes unchallenged by the reporter.

This is a dangerous normalization of these people – the likes of whom I had encountered myself.

When I exited my vehicle on that day last winter, the racist from the parking lot grabbed me by the identification lanyard around my neck, nearly choking me. Continuing to yell racially derogatory insults, he stalked me to the main hospital entrance and up nine flights of stairs to my work station, even snatching a list of papers from me containing my patients' names and medical information that I was entrusted to protect. I called the Vanderbilt police.

My assailant looked so normal that day, so polite and low-key, with manners that could probably impress the police officer's mother. But what happened next shocked me to the core.

"He doesn't seem like a threat," the officer told me. "We should let this go."

Because he looked like an everyday white guy – see the photos in the Times piece of Mr. Hovater grocery shopping – there was an attempt at normalization. The officer was saying he looks normal, so he must be normal. (This is, by the way, exactly what the white nationalists want.)

When I insisted on pressing charges, the situation took a horrifying turn. After interviewing my assailant again, the officer came to me with a stern look on his face.

"Tennessee law states that I have to arrest you both," he said.

Despite being physically assaulted and followed, I was now somehow the accused. He had said I tried to hit him twice with my car. In other words, it was "Hey Chink, you can't drive" all over again, but concealed under the veneer of Tennessee state law.

Only after another witness came forward, describing a similar interaction with the same assailant a day earlier, was I cleared of all charges. But as an Asian-American doctor racially assaulted in my own hospital, I was guilty until proven innocent.

This is the danger of normalizing white supremacy. This is the real harm done by the likes of Mr. Hovater, and by The New York Times for giving him the space to appear normal.

Not all Nazis wear armbands and not all racists wave Confederate flags. A low-key white supremacist attacked me in Vanderbilt Hospital's parking garage when I was an intern in general surgery, eager to take care of my patients and assist in the operating room. But the only thing I learned that day was how white supremacy, formerly hidden in the deep bowels of our society, can violently belch forth and swallow us whole if we aren't vigilant.

Opinion
How can we counter far-right extremism in Alberta?
December 1, 2017 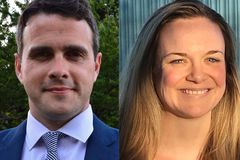 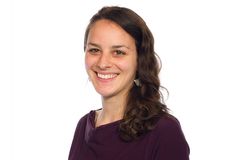 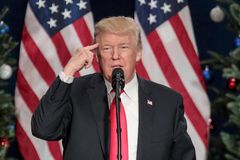